UK COVID Supervisor Program
The Production Guild of Great Britain (PGGB) and the British Film Commission (BFC) are partnering to roll out a new accredited program of COVID supervisor training for film and TV production professionals. Backed by £100,000 investment from BFC, the new scheme is being developed in consultation with the Producers Guild of America’s Production Safety Task Force. Targeted at production managers, line producers and location managers, it will build on the BFC’s guidance documents published in July, to help introduce a UK standard of best practice. Helen Curston has been appointed PGGB Director Of Training to oversee the program.

EXCLUSIVE: Moonstone Entertainment has boarded world sales ahead of the virtual AFM on director Andrew Hyatt’s (Paul, Apostle Of Christ) completed dramedy All Those Small Things, starring James Faulkner (Game Of Thrones). Set in London and a small town in the Pacific Northwest, the film follows Jonathan Robbins,  a would-be Shakespearean actor who has found his living as a commercially successful game show host in the UK. The untimely death of a close friend ushers in questions of his own mortality and spawns a search for meaning. Pic is financed and produced by Rebel Kat Productions, an all-female film finance company founded by Rebecca Petriello and Nike Imoru, in partnership with Hyatt, Caleb Applegate, and Cory Pyke, with Rich Cowan and Marc Dahlstrom of North by Northwest Productions. 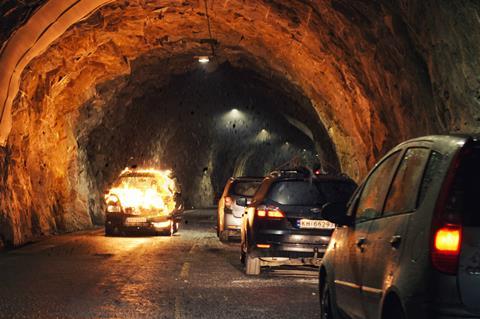 U.S. distributor Samuel Goldwyn Films has acquired Norwegian disaster film The Tunnel from TrustNordisk. In addition to the U.S. sale, the film has recently been sold to the UK & Ireland (Signature Entertainment), Canada (Mongrel Media), Australia & New Zealand (Rialto Distribution), Spain (Youplanet), Portugal (Films4You), Czech Republic & Slovakia (Foxx Media Group), Estonia (Estin Film), India (Big Tree Entertainment) and Turkey (Esen Elektronik). In the feature, when a tank truck collides in a tunnel in the ice-cold Norwegian mountains, families, teenagers and tourists on their way home for Christmas are brutally trapped in the darkness. A raging blizzard means that first responders struggle to access the scene of the accident and when the wrecked tanker catches fire, the situation escalates.

EXCLUSIVE: Continuum star Rachel Nichols has been cast in two U.S. indie movies, which are due to shoot Q1 of next year in upstate New York. Thriller Night At The Carriage House will see a murdered starlet from Hollywood’s Golden Age return from the dead to torment the manipulative young actress chosen to play her in a film. Holly Taylor also stars. Meanwhile, drama Climbing Life will follow a married couple who adopt two young children who witnessed their own parents murder. To help the children accept the loss, the couple must first deal with their own past demons. Also starring are Tahmoh Penikett, John Wesley Shipp, Miracle Laurie, Chase Masterson, Gabrielle Kalomiris and Nathaniel Ansbach. Both projects hail from writer-producer SJ Creazzo of Dreamality Entertainment.