Vanessa Kirby wouldn’t have felt right faking it. When she agreed to star in the drama Pieces of a Woman, “I knew that our big job was to represent birth as it actually is,” she explains to ET. “Not kind of a movie version of it.”

The film, inspired by writer Kata Wéber and director Kornél Mundruczó’s personal experiences, centers on an expectant mother, Martha (Kirby), whose home birth ends in tragedy. In its wake, she not only faces an unimaginable loss, but a fractured relationship and an invasive court case. It’s a film about grief, but equally if not more so about living, about love and about healing.

Everything that comes after, however, hinges on the birth sequence, an unflinching depiction of what it is to be in labor that demanded Kirby capture the honesty of the experience. Having not yet given birth herself, “I actually had this real privilege of watching someone do it for real,” she says. “She allowed me to be there with her.”

“It changed me completely,” Kirby continues. “I saw how powerful women are. This incredibly primal act of creation, it’s so sacred, and I was just completely blown away. I never could have acted it without her. Ever.”

Moreover, she felt the responsibility to do justice to all of the women who shared their stories of losing a baby. “So many of them said, ‘I’ve never shared this before’ and ‘No one’s really asked’ or ‘no one’s really ever listened,'” explains Kirby. “Ellen [Burstyn, who co-stars as Martha’s domineering mother] talked about this a lot when we were discussing how we would go to those places, she said, ‘It feels worse if you don’t get there.’ It’s so true.” 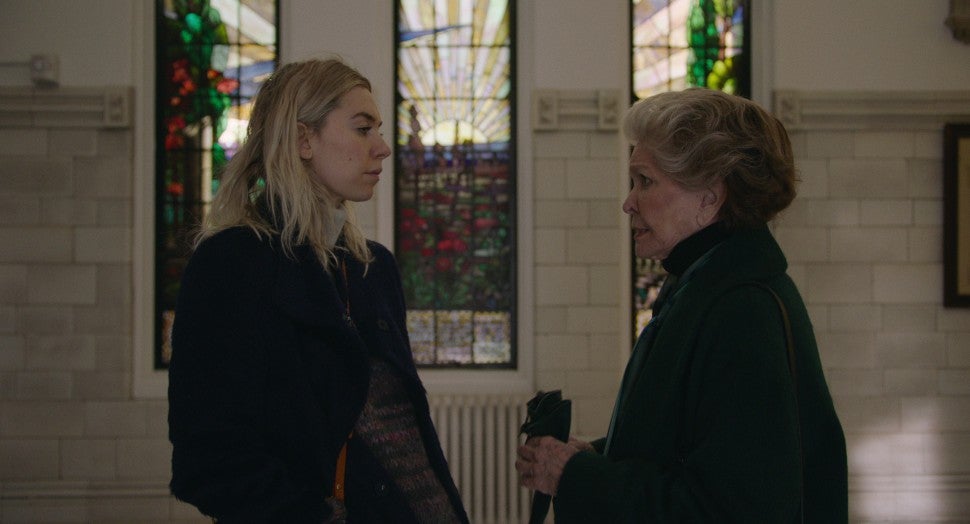 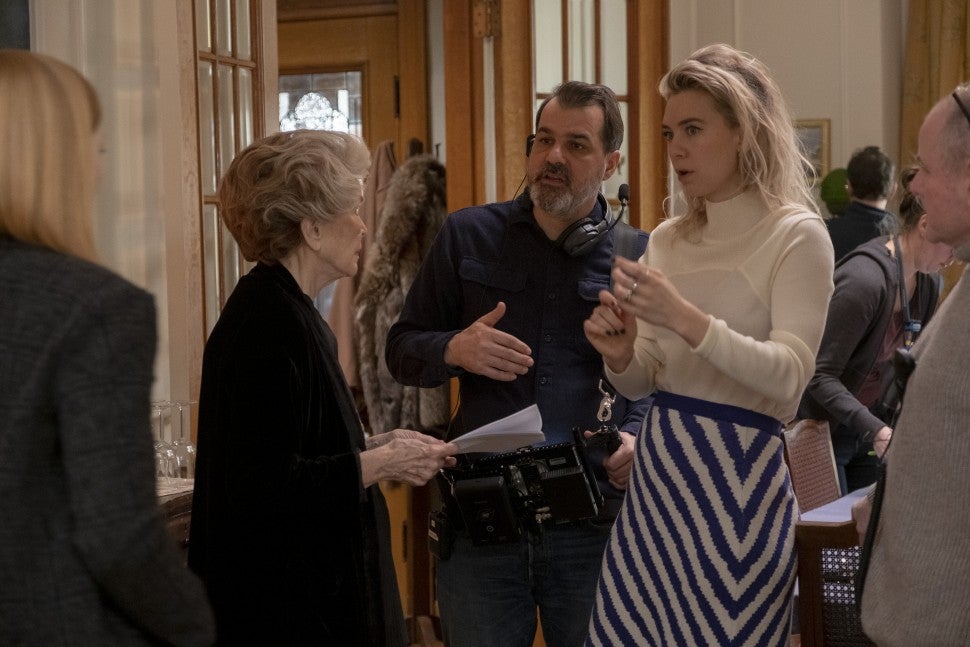 Burstyn recalls first seeing Kirby in The Crown and, “I remember the moment I saw her. I was sitting in my living room, and I remember sitting up and going, ‘Who is that?'” When she was cast alongside Kirby, Burstyn set out on her own preparation for the film and welcomed her onscreen daughter into her home to build their bond.

“We were rehearsing at my apartment with the director and the other actor and the writer and they came for four days in a row,” Burstyn says. “I thought it would be good if we could get to know each other better, so I invited her to stay. And she did. And I made dinner for her like a good mother and breakfast and we got to know each other, and we really bonded. I feel very maternal towards her, and we’ve stayed friends since the shooting ended.”

The two are now set to embark on another journey together: That of awards season. Ahead of its Netflix debut, Pieces of a Woman premiered at last year’s Venice International Film Festival, where Kirby won the Volpi Cup for Best Actress. “I remember standing there thinking — and saying, actually — this is really, truly for the women,” Kirby recalls. “It just felt so pure.”

Kirby and Burstyn’s performances have also bolstered them as Best Actress and Best Supporting Actress contenders, respectively, for the forthcoming Academy Awards. The former would be a first-time Oscar nominee, while the latter previously won in 1975. And still, the recognition for Burstyn this year wouldn’t just be well-deserved — it would make history.

“I’ll be the oldest person ever nominated, beating Christopher Plummer by something like 42 days” — Plummer was 88 when he was nominated in 2017 for All the Money in the World — “and I got really excited about that,” Burstyn laughs. “I think it’s great! And I think it’s encouraging. I mean, I’m 88 and still working, and I think it’s encouraging to other women to know to just keep on marching as long as you hear the music, you know?”

Pieces of a Woman is now streaming on Netflix.