Brenda Blethyn says she has to 'soften' her voice for Vera

At the end of last year, Brenda Blethyn wrapped up filming on the first episodes of Vera’s season 11. The ITV drama will air two episodes of the new series later this year while the rest of the series will be on screens in 2022. As the actress prepares to return to production, she spoke out on how “intensive” the filming process can be.

Vera is usually filmed from April to October and Brenda will often work 16-hour days during production.

Brenda revealed: “It’s so intensive, I don’t know where I find the energy.

“Jack, my cockapoo comes to visit me with Michael. (I got the billing right there!) It’s lovely having them around.”

The four remaining episodes of series 11 are scheduled to be filmed in spring this year and will be broadcast next year. 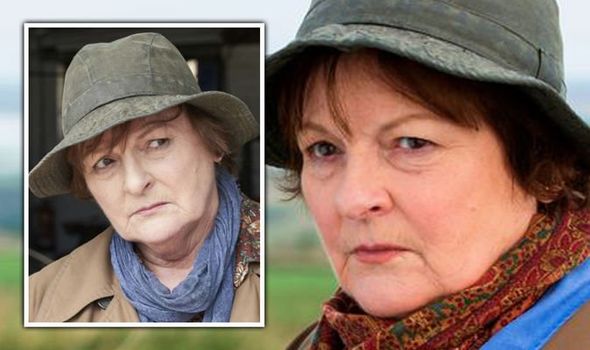 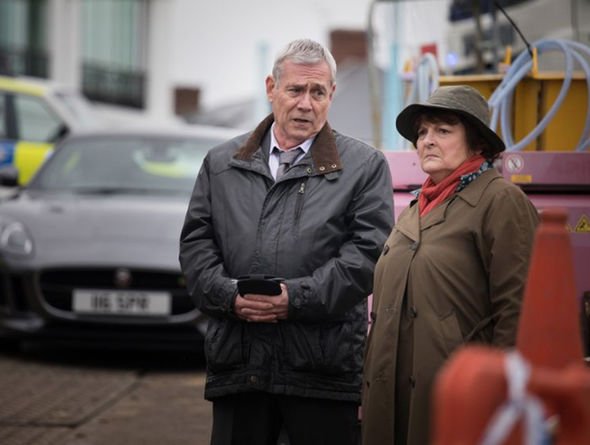 Vera has been a global success and the actress credits that to its writers and the detective herself.

“Each episode is so well-written that many people tell me they are kept guessing right up until the last scene and are always surprised,” she continued.

“People watch the show as a family. Recently there’s been more young people coming with their parents to watch us film.

“They like Vera’s character and often bring us pictures they’ve drawn of Vera and Kenny. 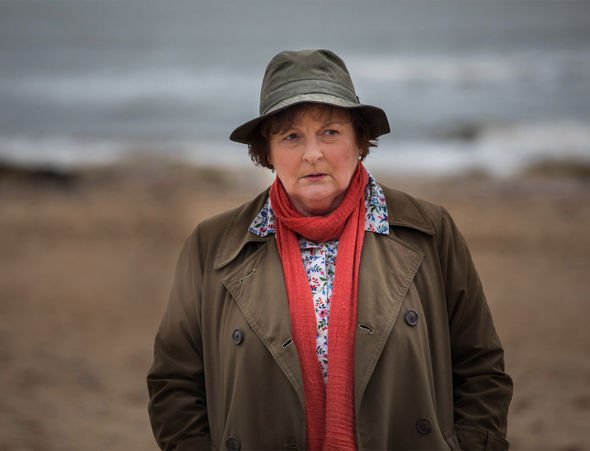 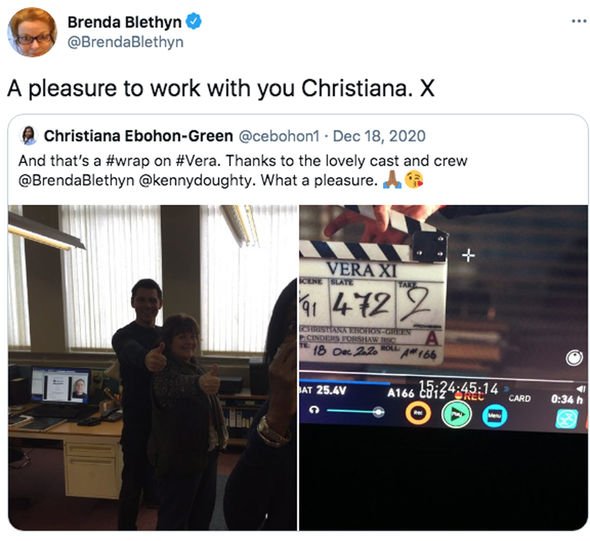 “When I ask them why they like Vera so much, they say it’s because she tells the boys off and she’s funny.”

In December 2020, Christina posted a series of backstage photos to Twitter including one of Brenda giving a thumbs up alongside DS Aiden Healy star Kenny Doughty.

The second image showed a clapperboard from the filming of series 11.

The caption read: “And that’s a #wrap on #Vera. Thanks to the lovely cast and crew @BrendaBlethyn⁩ ⁦@kennydoughty⁩. What a pleasure.”

Brenda shared the images to her Twitter followers with the caption: “A pleasure to work with you Christiana x.”

Vera fans from all over the world praised the series as one tweeted: “Can’t wait to see here in Canada. So excited.”

“I can’t wait for new Vera. I still binge-watch the previous series,” a second said.

While a third added: “Fantastic, really looking forward to the new series. And thank you for coming to Hartlepool, was a pleasure to watch you filming the show.

“Looking forward to the new series. Stay safe x,” someone else tweeted.

Another wrote: “Vera is such a brilliant show! We really love it here in Australia Brenda! Amazingly, coincidentally reading your tweet just now, we’ve just finished watching an episode on telly tonight. Thank you for your wonderful talent – we eagerly look forward to more episodes next year. Looking forward to seeing this new series of Vera xx.”

Vera is available to watch on the ITV player now.