Home » TV & Movies » Vikings explained: Who is the Goddess Freyja? Will she appear in Vikings, Part B?

Vikings is a historical drama television series created and written by Michael Hirst. The series blends historical fact with fiction, alongside Norse mythology. The Goddess Freyja has received prayers throughout the show but who is she? Express.co.uk has everything you need to know about Freyja.

Who is the Goddess Freyja?

Freyja is one of the major goddesses of Norse Mythology.

Her existence is detailed in many Norse sources, including the Poetic Edda, the Prose Edda and Heimskringla and in modern age Scandinavian folklore.

She is believed to be the goddess of love, sexuality, fertility, war, magic and death.

Freyja is the leader of the Valkyries, women who are known as the angels of death, who decide which soldiers live and die in battle. 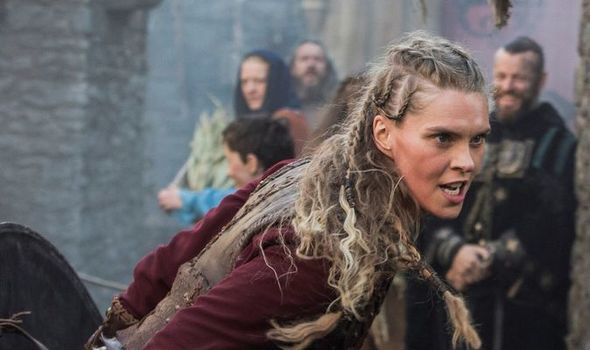 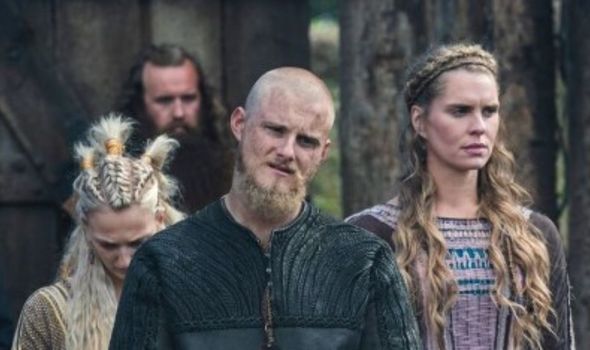 In the Norse sagas, she is described as having many ways of travelling, sometimes being driven by her two cats or riding her great boar.

Most famously, Freyja is believed to take the shape of a falcon.

In many aspects, she is the female counterpart of Odin, the chief Vikings God and the ruler of Asgard.

However, she is second to his wife Frigg, who appears in Norse mythological stories as a wife and mother.

Her brother is the Viking God, Freyr, one of the most important gods of Norse paganism who has the title, God of Prosperity. 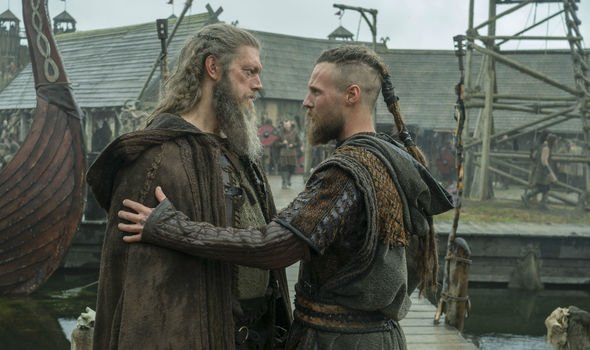 She is married to Óðr and is the mother of two daughters, Hnoss and Gersemi.

Freyja is believed to have taught Odin the art of seidr, a form of pre-Christian Norse Magic associated with change.

In Vikings, Lagertha (Katheryn Winnick) invokes her when she is trying to cleanse Ragnar Lothbrok (Travis Fimmel)’s wound.

She also calls on her when she training her shield-maidens.

In season three, when Porunn (Gaia Weiss) is in despair, Lagertha encourages her to turn to Freyja for guidance. 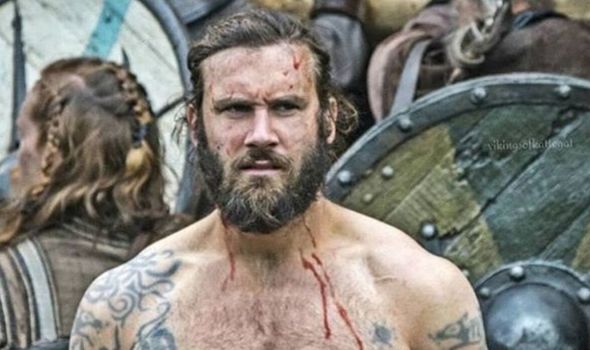 Will Freyja appear in Vikings season 6, part B?

Despite Freyja being mentioned throughout all six seasons of Vikings, she has never appeared on the screen.

At the moment, there has been no announcement about whether she will physically appear in the remaining 10 episodes of Vikings but with many major battles still to come, the Vikings will undoubtedly be praying to her.

Gunnhild asked Ingrid if she was too young to know the story of the Norse goddess Freyja.

Freyja is the goddess of fertility, and Gunnhild proceeded to tell her the story of the deity and her husband.

She also told Ingrid that Freyja’s husband, Óðr, is often away from her and she cries tears of gold for him.

When Bjorn leaves to spend the night with his new wife, Vikings fans believe Gunnhild was crying golden tears.

Fans on Reddit have already picked up on the hint, believing she could be a goddess.

One fan said: “Hardly anyone has mentioned it, what does it mean? Is she Freyja? A descendant of Freyja?

“She’s cried before and they were regular tears, so why are they gold now? What does it mean?”

Another fan said: “Freyja is a goddess after all, probably can cry regular tears and gold ones depending on how she wants.

“It is a thing in Viking culture that their gods walk among them, could quite possibly be.

“Still, the show’s mythological aspects are mostly let to speculation and an individual fan’s fantasy.”