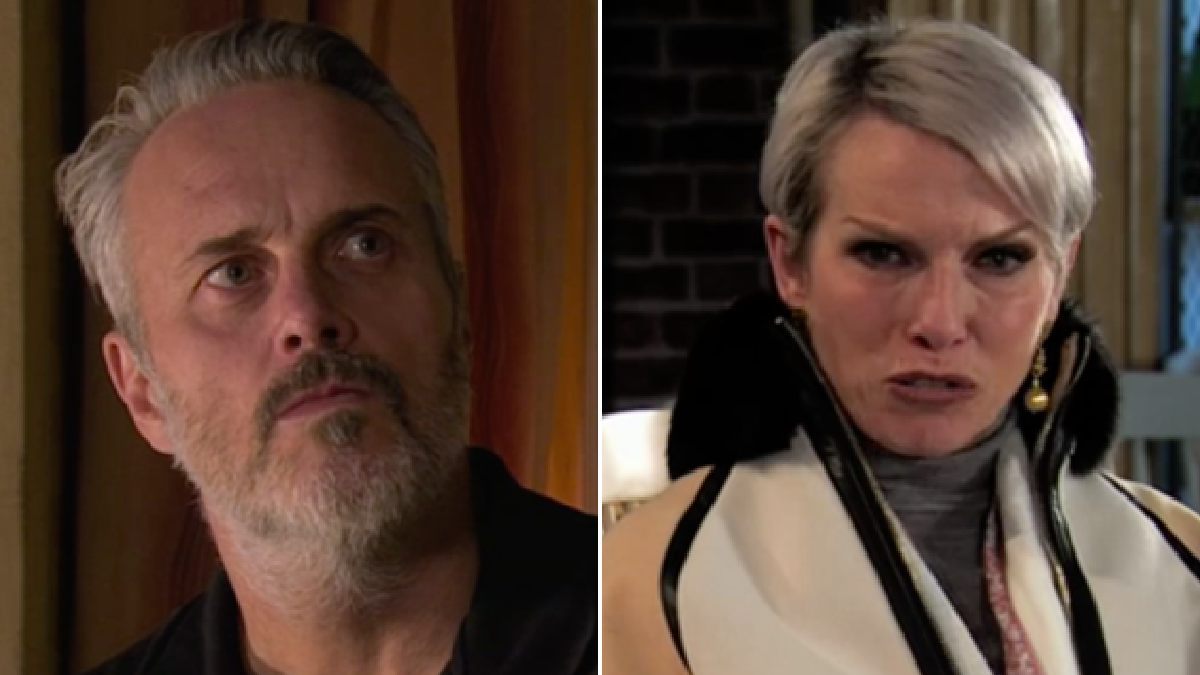 Debbie claimed that she murdered Ray in order to avert suspicion and buy herself enough time to come up with a plan to leave the hotelier high and dry.

This plan of hers involved leading Ray to believe that she was going to help get him out of the country, when in reality she was planning on shopping him to the police — that is, after she got what she wanted.

And what did she want? His businesses, of course!

With the contracts drawn up, Ray was all set to sign on the dotted line, but solicitor Miles felt a pang of guilt as his associate prepared to sign his life away — knowing what fate lay ahead for him after he did so.

Therefore, Miles came clean about what he knew, revealing that Debbie had planned on handing him over to the police after she got her hands on his businesses.

Ray was seething at the revelation, but after almost commending Miles for his loyalty to him over the years, the hotelier made one thing clear.

Debbie was going to wish she’d never been born by the time he was finished with her, he claimed.

Just what does Ray have in store for Debbie?