Ask anyone and they’ll tell you about a celebrity death that affected them. One where they know the exact moment they were and how that demise triggered some type of ending in their own collective becoming. For me, it was “Clueless” star Brittany Murphy. I can’t say I adored Murphy’s films, but for a young girl from the suburbs there was something about Murphy that was understandable. I knew I’d never be Alicia Silverstone’s Cher, but everyone felt like Murphy’s Tai. Her death felt so shocking because of how normal it was: pneumonia. But, of course, that was just the surface of everything.

“What Happened, Brittany Murphy,” the new HBO Max docuseries, arrives during a recent trend of documentaries aimed at reconciling (and apologizing) for the way young women were used and abused in Hollywood. Just in the last two months, we’ve seen Britney Spears become the focus of several stories on this apology tour, with social media rallying behind other ladies like Megan Fox. But it’s unclear what director Cynthia Hill’s aim actually is: Is it to deconstruct Murphy’s celebrity? To honor a performer whose body of work was marginalized because most were frothy rom-coms? Or is it an attempt to look at the “true” reason she died?

The answer, told over two nearly hour-long episodes, is all and none, which leads to an overarching question that continues to linger over these stories: Are these women still being used as grist for our collective consumption? But because there’s this question of “what happened,” the documentary sets up a quest it can’t accomplish, as well as one it barely seeks to try. The first minutes of the documentary are the 911 call from Murphy’s mother, while a constant clock marking “[X] days after her death” denotes a mystery that is rushing to be solved. Murphy’s death is looked at from all angles, from rumors of toxic black mold to the actor’s struggle with anorexia. But no one — not the doctors interviewed or Hill herself — seem to feel comfortable making any declarations. The closest we come is someone citing Murphy’s chronic anemia noted at her death was probably due to her lack of nutrition, which would have made it easier for pneumonia to invade her body.

It’s when the documentary straightforwardly presents who Murphy was before and early into her Hollywood career that everything shines, mainly because the interview subjects so clearly loved her. Murphy was a bright, bubbly young girl, free of the Hollywood career mom. Murphy genuinely wanted to be an actress and connect with an audience. As talking heads like “Clueless” director Amy Heckerling and Murphy’s co-star Kathy Najimy state, Murphy wasn’t like typical Hollywood stars: What you saw from her was what you got. There’s an irony in a woman whose life was chronicled daily by the paparazzi feeling like such a mystery, and once Murphy gets to Hollywood and starts to become a star, there’s a muddiness to her life that’s never rectified. 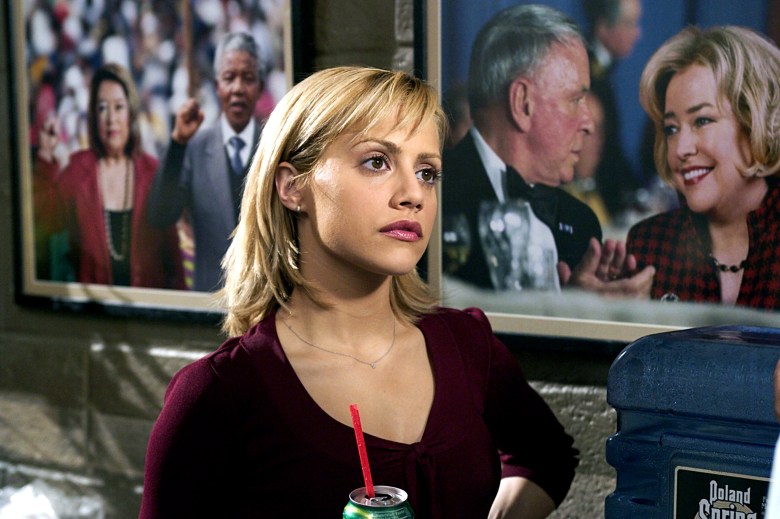 It could be because interviews feel second- and third-hand. Murphy’s mother, Sharon, didn’t participate in the documentary, while various friends mentioned they hadn’t interacted with Murphy upon her marriage to Simon Monjack. Other interviews are presented in a work capacity. There doesn’t feel like any sense of closeness to who Murphy was after a set point, so when speculation on the demise of her relationship with Ashton Kutcher is discussed, or possible control issues with her husband, it’s just that: speculation. It’s no different than the various beauty vloggers and true crime enthusiasts whose videos pepper the documentary, almost as if they’re experts on par with a medical examiner.

The emphasis on trying to figure out Murphy’s death hits on the usual elements like Monjack’s weird relationship with Sharon in the days after the actress’ death. But the entire episode feels like something out of “Dirty John,” casting Murphy into the background to look at allegations of Monjack being a conman, in addition to an emotionally manipulative and controlling person. So many people, with the benefit of hindsight, mention feeling he was off-putting, but there’s very little discussion of why Murphy would have married him in the first place. A brief moment discusses her desire to get married — a fact that might have contributed to her relationships going bust in the past — but there’s nothing beyond a surface-level discussion as to why she’d feel that way, let alone why she committed to this particular person.

Watching “What Happened, Brittany Murphy” does tell us something unintentionally. It looks at the legacy of complicity that still lives within Hollywood, and how the silence of women continues to be at their expense. Murphy might have been anorexic, a fact touched on by various people saying unnamed industry people called her “unfuckable.” So is it truly a stretch to believe that this woman, already wasting away, would have pushed through pneumonia to keep from looking difficult? That she didn’t tell people about her relationship with a man who controlled her? If anything, watching this in the wake of Britney Spears’ conservatorship testimony lends to the belief there’s no mystery to Murphy’s demise, we just want there to be.

“What Happened, Brittany Murphy” might please those with little knowledge of Murphy’s life and career seeking a true-crime story version of her life. For those who want insight into her significance as a performer and how this is a true Hollywood story in a way that’s sad and preventable, you might be left wanting.