On a much-anticipated work trip to Montreal in 2019, I took the ‘trip’ part too literally when I fell and broke my patella.

I came home early to Melbourne, devastated. The next few weeks saw me dependent on my wife and three kids, and on my own until they came back from work, university and school.

It gave me lots of time to think. I was filling the time watching Netflix, so a good friend recommended Schitt’s Creek to lighten my mood.

It certainly did, but with complications: it helped me to realise that I’m gay.

Although I haven’t led a church since February 2019, I’m still a minister of religion and a church attendee. I work part-time for a Christian organisation. I was once even the (very young!) head of the church for my denomination.

I was always considered theologically ‘progressive’ – supporting refugees, the LGBT+ community and other marginalised groups.

So watching David (Dan Levy) and Patrick’s (Noah Reid) romance on Schitt’s Creek and declaring that ‘they were the best couple on TV’ was absolutely in step with my progressive views.

When Patrick sang Simply the Best to David in season four, I was captivated. Entranced. Sure, I was hooked on this life-affirming show, but there were other thoughts. Other feelings.

Like, ‘I want Noah to sing to me like that’ and ‘I want to be looked at the way Dan is looking at Noah’.

Normally, with the bustle of work, family and life, such thoughts were brushed aside. Maybe a casual mention that Noah had made it on to my ‘top five celebrity crushes’ list? Nothing more than that. But stuck on the couch? With no company or distractions aside from these thoughts and feelings? 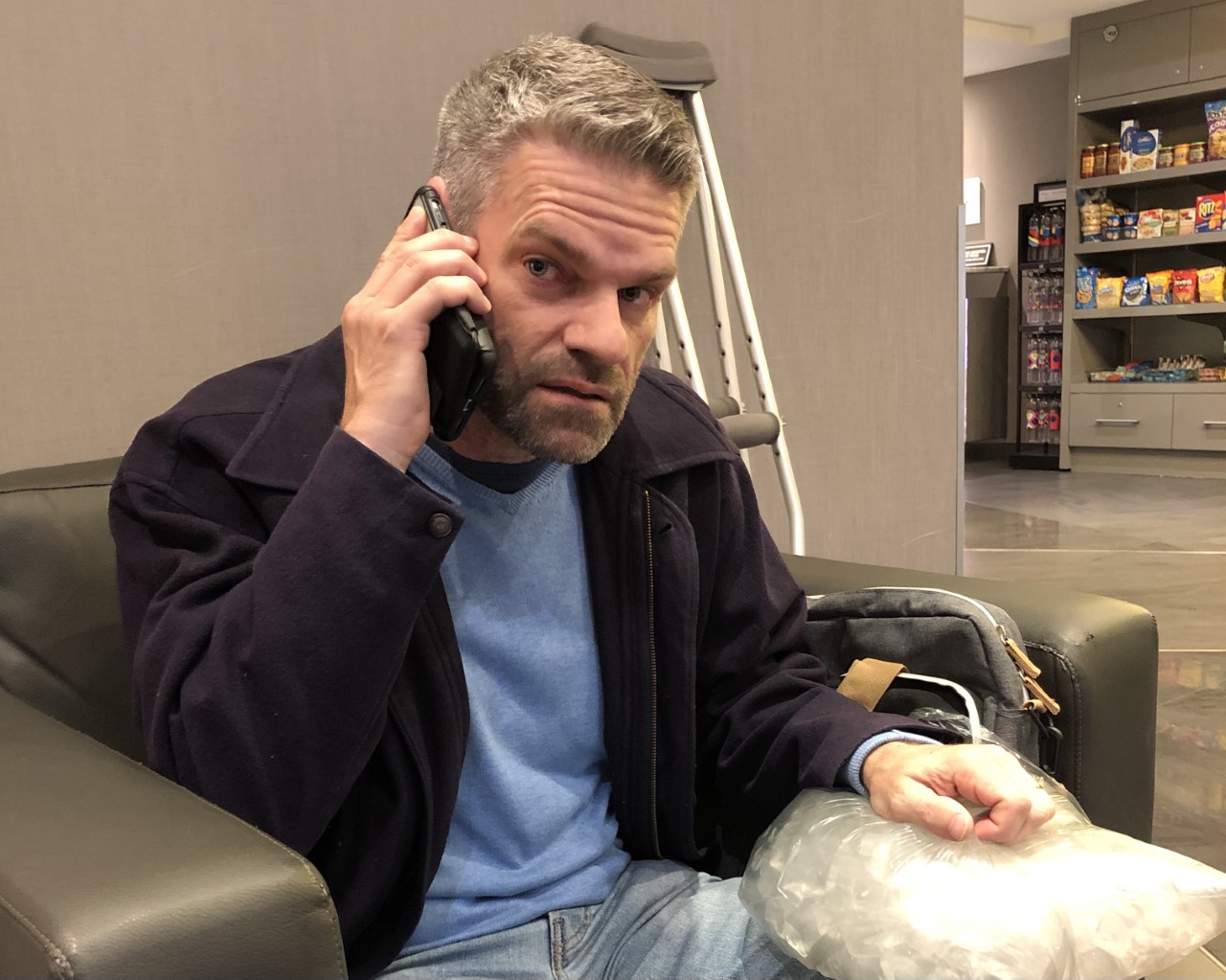 I realised that I was gay. It was a world-shattering moment that over the next few weeks became real. As shocking as it initially was, as I looked back over my life it made sense.

The glass shattered, and I was looking at a new me. And I had no idea what came next.

I call it a realisation because I hadn’t been repressing my sexuality. I’d noticed an attraction to men when I was in my teens, but my capacity to rationalise to myself was Olympic-standard. At the time, I’d read that being attracted to members of the same sex was a phase that some teens went through, which seemed normal.

That clearly explained why I couldn’t take my eyes off a classmate’s chest and shoulders at high school.

As I learned more about sexuality, it was clear that few people were 100% straight. That seemed to describe me, which was fine. After all, by my late 20s I was happily married after a wonderful, whirlwind courtship, ministering in a church and by my mid-30s had three gorgeous kids. Gay? Didn’t cross my mind.

Anyway – a queer minister in my church tradition? Ludicrous!

Well, there’d been one (a gorgeous, gorgeous man) that I’d heard rumours of, but he’d left our church movement and gone overseas. A high school friend was gay, but kept it quiet until he, too, moved abroad for safety.

Melbourne’s outer-eastern ‘burbs in the 1980s weren’t the place to safely come out. I’m sure people did; I’m also sure that they copped hell for it. Me? I was ultra-sensitive, and the thought of rejection was too much for me back then. Honestly, I never considered coming out because I never thought I was gay.

Facing the fear of rejection in 2019 as the ‘new’ me was bad enough. I cried myself to sleep most nights for the first six weeks after my realisation. All I could see in my future was loss.

I plunged into a deep depression, not – I can’t stress this enough – because I was gay, but because I thought I was ruining my life and the lives of those I loved most.

After six weeks, I told my wife, who’d noticed my mood crashing but had put it down to my injury and disappointment. She was shocked – but also, not really that shocked. She was brave, compassionate and supportive. I don’t know what I would’ve done without her.

This was a pattern with her, our kids and close friends over the next months: not many people were shocked. My kids even mentioned to me the list of my man-crushes when they found out! Suddenly, I was hopeful – maybe not everyone would reject me?

When Covid-19 hit Melbourne in March last year, we hadn’t told our extended family so we had a long, safe time in the city’s lockdown cocoon to just… exist. To just be. To figure out a new normal.

I was also seeing an excellent psychologist, was on medication and putting my recently diagnosed adjustment disorder behind me.

I was – in the words of my wife – ‘lighter’. She was right. A weight I’d never known I was carrying was lifted. As my psych said, I was ‘more me than I’d ever been.’ My coach in LA also encouraged me to embrace the authentic me and a new, queer theology.

People ask me if I regret not realising earlier that I was gay. Not at all. I had 20 years of a loving, fulfilling marriage (we’re still close) and three kids who make my heart sing. I won’t ever regret that.

So far, I’ve been accepted in my church community by people who know me well, and in my Christian and contract work. Over the next few weeks, more people will find out. That’s when the test will come in Christian circles.

But I’m up for it. I’m no longer scared of rejection.

Because I’m authentic and, dare I say, it’s beginning to feel simply the best.

MORE: I tried to pray the gay away until I realised it was church that was the problem

MORE: I was forced into conversion therapy to ‘cure’ me of being gay

MORE: I lost my family, friends and religion after coming out, but it was worth it to be myself

In this exciting new series from Metro.co.uk, What It Feels Like… not only shares one person’s moving story, but also the details and emotions entwined within it, to allow readers a true insight into their life changing experience.