Home » TV & Movies » What's Going on With the Men of Big Little Lies? 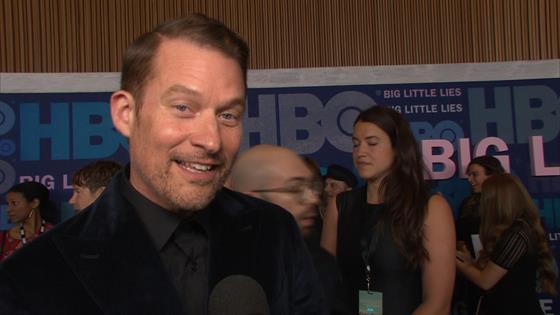 When you think of Big Little Lies, you think of the women—and rightfully so, it’s Reese Witherspoon, Nicole Kidman, Meryl Streep, Laura Dern, Shailene Woodley and Zoë Kravitz—but the men of Monterey area also going through it in season two.

“The men are all saints [Laughs.] and the women all have lies, and that’s very difficult for us,” James Tupper told E! News. “I’d like to take a moment to talk to the women out there: If you have a lie, give us a chance.”

Tupper is of course referring to how his character, Nathan, deals with what’s going on with wife Bonnie (Kravitz) after the events of the first season. With all the lies following the death of Perry (Alexander Skarsgård), the characters start to see their lives unravel.

“I had so much fun shooting with Laura. There’s a couple of scenes that come to mind, there was one where we were in a car and she’s a bit upset with me. That was a lot of fun to shoot, because you never know what’s going to happen with Dern. You just never know,” Nordling said.

Adam Scott, who plays Ed, husband of Madeline (Witherspoon), said the new season is “incredibly bold for season two,” and his opinion on his character changed.

“He’s starting to try and figure out his identity outside of this relationship,” Scott teased.

Click play on the video above to hear more from the men of Monterey.