Made in 2015, this chapter of Khoo's adventures seems designed for an international audience, rather than a local one. Melbourne is helpfully described as being "located at the base of the country's east coast". Khoo is determined to use her time in the city to "live like a local, eat like a local and cook with some delicious local produce". So she sets up a kitchen in a hip inner-city warehouse and proceeds to soak up the flavours. An urban market garden inspires her to make chicken dumplings with pickled chilli. A visit to Chinatown sees her sampling Sichuan twice-cooked pork. A restaurant driven by seasonal ingredients has her baking orange marmalade tartlets because "the humble orange is often over-looked when it comes to desserts". In trademark Khoo style, it all looks cute and colourful, and she even gets a bit naughty by using bought puff pastry for her tartlets. 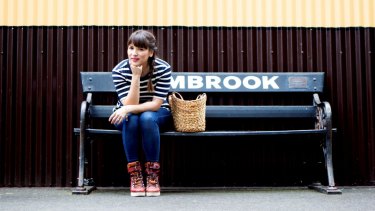 Heather Ewart's upbeat series about the people of remote and regional Australia began its TV life as a summer replacement show, but it's become a valued trans-seasonal staple. The start of the fifth season sees Ewart driving through a striking Northern Territory landscape. Her first stop is Suplejack Downs Station, the most remote cattle station in the country, to visit three generations of a family living on the edge of the Tanami Desert. Her focus is on the children and their lives in this singular environment: what their daily activities involve, how they get their education. A vivid picture emerges of a life of open spaces and animals, and of learning valuable practical skills, such as changing tyres and caring for horses. Ewart then follows the Horses for Courses charity fundraiser to Glen Helen, east of Alice Springs. The event aims to raise awareness of the challenges that bush kids face. While the episode focuses mainly on positive subjects, mention is made of the problems of isolation and the toll it can take.