It has been almost four decades since the cast graced our screens for the iconic show.

Fans will remember a host of accents, from the Geordies to the Scousers, that played construction workers on the hunt for work in West Germany.

The show spanned four seasons before it came to an end in 2004 yet it remains a staple of classic British comedy.

The stellar cast – made up of now-household names such as Timothy Spall and Tim Healy – shot to fame as viewers followed the characters while they meandered the hurdles that come with living overseas.

Now almost 40 years on, the cast has faced a mix of success in the entertainment world.

Here, we take a look at what the cast have been getting up to.

Known for playing Dennis Patterson in the iconic comedy show, the Newcastle native shot to fame because of his role as the "gaffer".

Following his stint in Auf Wiedersehen, Pet, Tim went on to enjoy vast success in the television world and was cast in a host of well known shows.

Among his other roles, Tim appeared in Boys From The Bush in 1991, Benidorm in 2009 as well as Waterloo Road also the same year. In 2000, Tim starred in the movie Purely Belter as well as in Billy Elliot The Musical, before going onto appear in Still Open All Hours a few years later – in which he is still cast.

As for his personal life, Tim was married to Loose Women's Denise Welch between the years of 1988 and 2012.

The couple share two sons, their eldest of which is the lead singer of the band, The 1975.

In 2015, Tim went on to marry his partner Joan Anderton. Jimmy was cast as the character Leonard “Oz” Osborne in Auf Wiedersehen, Pet and also played a pivotal role in the show.

Following success on the show, the actor and singer-songwriter enjoyed a number one single in 1992 with the hit 'Ain’t No Doubt'.

A popular musician in his own right, Jimmy also produced lots of other songs in the 90s including Crocodile Shoes, Cowboy Dreams and Big River.

In 2008, Jimmy also confirmed that he had split from his long term partner Miriam Jones.

He also recently came out of retirement to perform in the musical The Last Ship alongside Sting, the reflects on life of Tyneside's shipbuilders.

However, the star has since kept a low profile in the entertainment world.

Even though he was born in London, Tim played the Brummie character Barry Taylor in Auf Wiedersehen, Pet.

Since finding fame in the hit show, the actor has soared to new heights after landing an array of roles in hit movies such as Harry Potter.

Timothy – whose work features in The Last Samurai, Pierrepoint, Sweeney Todd: The Demon Barber and The King’s Speech – has also won several accolades for his contribution to acting.

In 1996, Spall was diagnosed with acute myeloid leukaemia but has been in remission in more recent years.

In 2000, Spall was awarded an OBE in the New Years Honours list and in 2014 he was awarded Best Actor at the Cannes Film Festival.

Spall continues to work even in 2021, and it was recently confirmed that he would be starring in a new crime series called Magpie Murders. 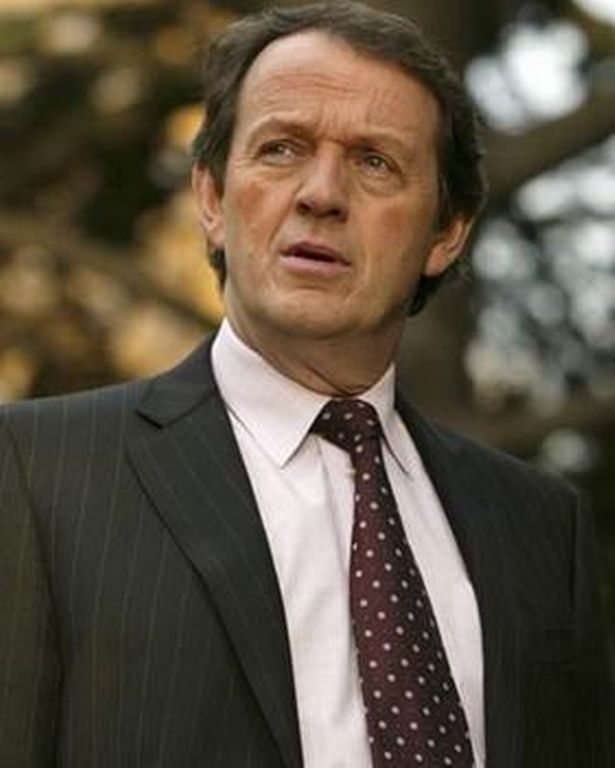 Known for playing Neville in the comedy show, Kevin has since gone on to star in a number of dramas including Inspector More and Lewis.

By the 1990s he had also landed a role playing Dr Jack Kerruish in the TV show, Peak Practice.

He has also appeared in a number of stage plays including Twelve Angry Men and boasts a host of television appearances under his belt.

Living in Milton Keynes with his wife, Whatley has also made guest appearances on shows such as Pointless Celebrities and Ant and Dec’s Saturday Night Takeaway.

Christopher played Scouse plasterer Albert Moxey in Auf Wiedersehen, Pet and has since gone onto even enjoy a Hollywood acting role.

As well as playing characters in shows such as Sapphire and Steel and The Professionals, in 2011 Fairbank was cast in Pirates of the Caribbean: On Stranger Tides alongside Johnny Depp and Penélope Cruz.

In 2019, Christopher returned to the stage when he performed in The Vault's production, Ages of the Moon, alongside The Fresh Prince of Bel-Air star Joseph Marcell.

However, at the time he had already enjoyed several roles in movies such as A Clockwork Orange as well as Clash of the Titans.

Known as a professional wrestler and standing at 6ft5, Pat went on to appear in several movies in which he usually assume the role of a villain.

He narrowly missed out appearing in hit film Star Wars but was later cast in Indiana Jones.

His final movie appearance was in 2003, when he was cast in the movie Crust.

Sadly, Pat died in July 2004 at the age of 67 after a lengthy battle with esophageal cancer and he was survived by his wife and two children.

Gary played the character Wayne Norris in the hit comedy, however he sadly died in 1985 when they were filming season two.

As well as working at the Royal Shakespeare Company, Gary starred in the TV series Minder as well as the shows Bulman and Shoestring.

He also turned down a role in EastEnders.

Wayne died at the age of 33 after suffering an overdose from morphine mixed with alcohol.

The final episode was dedicated in memory of the star.