Home » Why Disney+ Does Not Include Some 'Muppet Show' Episodes 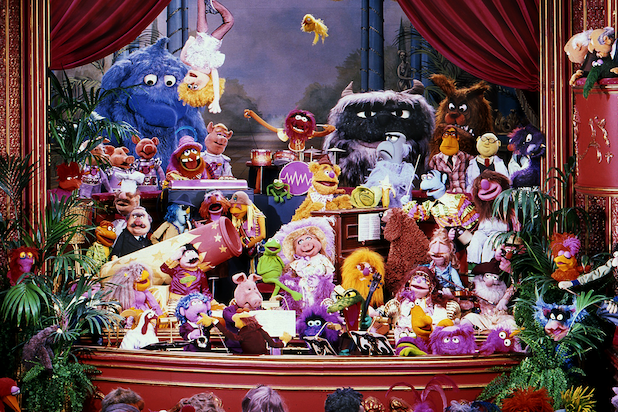 “The Muppet Show” made its much-anticipated debut on Disney+ on Friday, but not with all of the 120 episodes from Jim Henson’s iconic variety series.

Currently, Disney+ features 118 of those episodes, with two episodes from Season 5 omitted. That’s a particular shame since Seasons 4 and 5 of “The Muppet Show” have never been made available for home entertainment. The episodes in question were the ones that guest-starred Brooke Shields and British comedian Chris Langham. Additionally, one Season 2 episode that features Don Knotts is edited down (one Reddit user tracked all of the changes here).

A Disney+ spokesperson did not immediately respond to TheWrap’s request for comment as to why those two episodes are missing, but told other outlets that it came down primarily to music rights issues.

As for the Langham one, that’s a bit trickier. In 2007, the comic (who replaced Richard Pryor as the guest at the last minute) was found guilty of possessing child pornography and served a six-month prison sentence, though the Disney did not say if that was the reason for that particular episode’s removal.

Old movies and series typically undergo a re-evaluation whenever they are licensed for another life on a new platform, as with “The Muppets,” and that includes a check on music rights as well as a re-assessment of whether content still holds up for modern audiences.

“The Muppet Show” stars Kermit the Frog, Miss Piggy, Fozzie Bear, Gonzo, the Swedish Chef, and more in “a groundbreaking twist on the classic variety show, blending original songs, sketch comedy, and guest stars into a prime-time hit for all ages,” per its official description.

Originating as two pilot episodes produced by Henson for ABC, but ultimately passed on by that broadcaster and other U.S. networks, “The Muppet Show” aired on U.K. channel ATV and other ITV franchises and in first-run syndication through CBS in the U.S. from 1976 to 1981.

“The Muppet Show” joins a lineup of Muppet content on Disney+ including classic films like “Muppet Treasure Island,” as well as new series “Muppets Now.”