FANS of Carrie Underwood have been led to believe that the country star might be anti-vax due to her Twitter likes.

She liked a tweet from Matt Walsh, who is known for his controversial and provocative opinions on culture, politics, and religion. Underwood has not publicly commented on the vaccine. 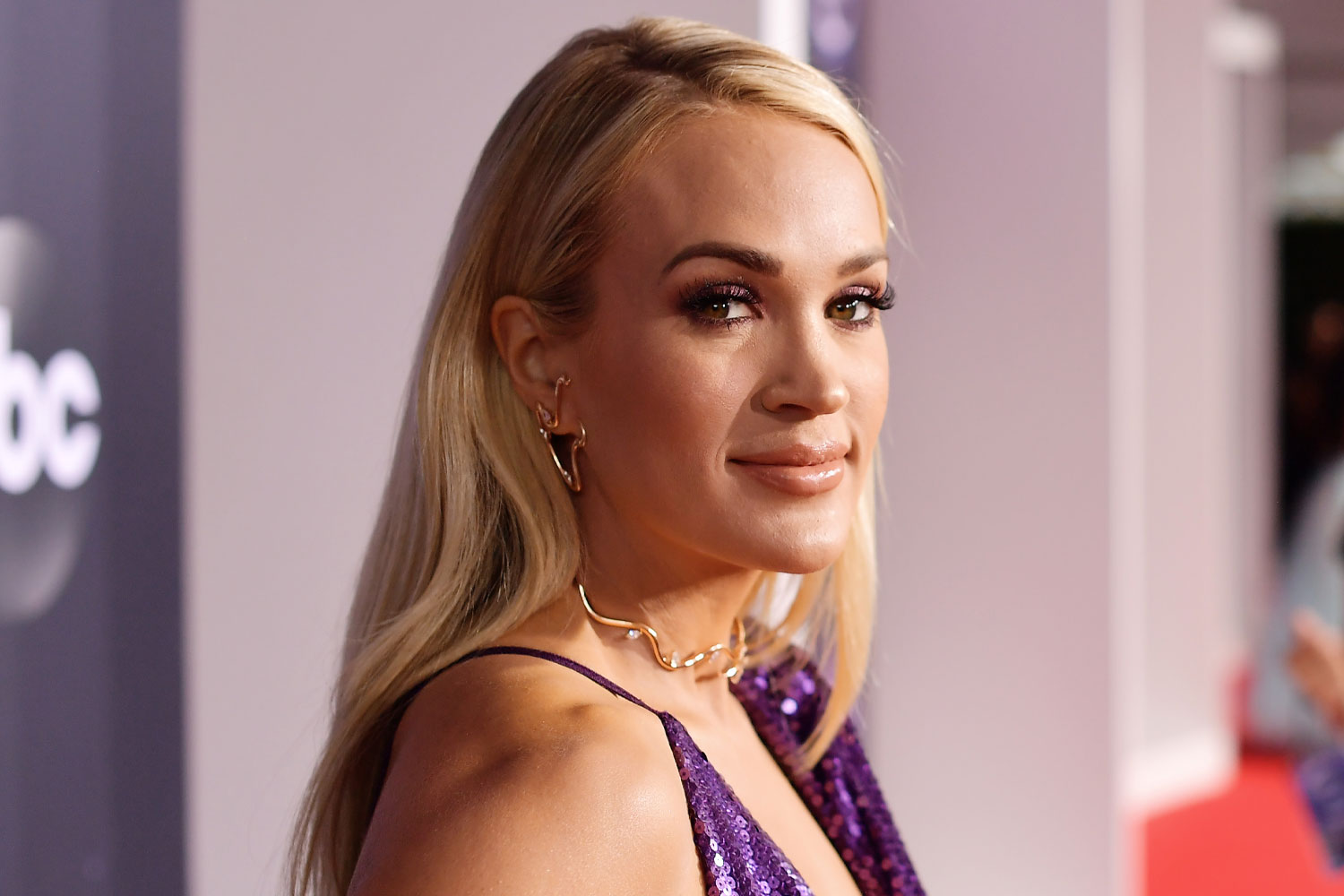 Why do people think Carrie Underwood is anti-vax?

Underwood went viral after a fan posted a screenshot of her likes page on Twitter revealing that she liked a post that related to denouncing school mask mandates.

Fans have called her actions “embarrassing and dangerous.”

The tweet was a video of Walsh at a Nashville school board meeting making a speech that including a number of false statements regarding the Covid-19 pandemic.

"Here is my speech at the Nashville Scooll Board where I spoke out against the cruel and indefensible mask mandate for children," Walsh tweeted alongside the video. 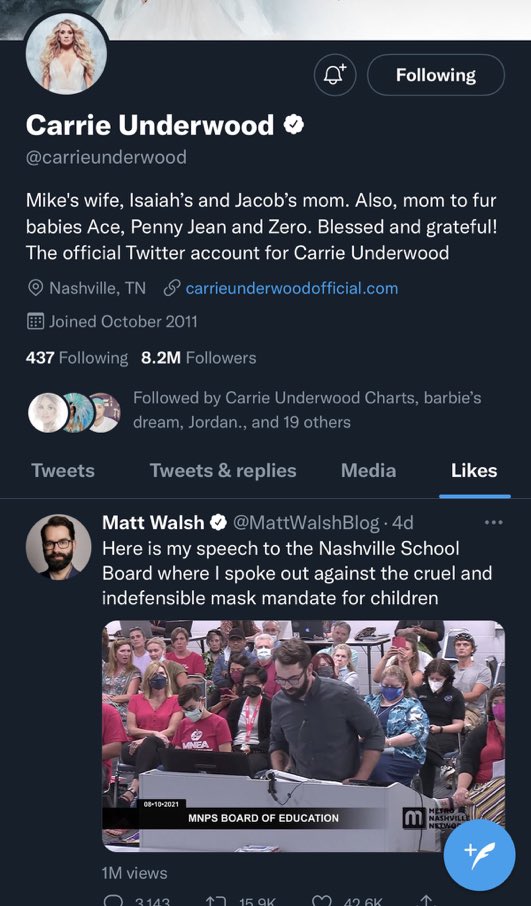 In the video, Walsh states that, Covid-19 poses “almost no threat to our kids at all,” and that making them wear masks can be classified as “child abuse.”

Underwood has yet to respond to the backlash she has received but Walsh has taken full notice of her viral fame thanks to him.

“Carrie Underwood liked my video and now the mob is coming for her,” Walsh said. “She should know better than to like something that they don’t like. This is an unforgivable sin.”

He followed up and tweeted: “How long before Carrie Underwood officially renounces me? I give it 12 hours, tops, I could be wrong though. I’m basing this on our general experience with celebrities who face public backlash from the left. In fairness, she could be the outlier. Time will tell.”

What did fans say about Carrie Underwood on Twitter?

Underwood's fans and critics of her actions hopped on Twitter to pen how they felt about her choices.

"Carrie Underwood being a God-over-Science person is the least surprising thing I’ve heard today," one said.

"The sane people of America love you Carrie Underwood. Don’t apologize!" one retorted.

"The only @carrieunderwood tweets we care to see are the ones about her deserving the 2021 CMA Entertainer of the Year award. Otherwise, leave the Queen alone thanks" American Country Music Chatter declared.

"Carrie Underwood is an anti-masker. She's canceled in my book. Who else's?" another tweeted.

One simply wrote: "Who needs Carrie Underwood when we have Dolly Parton."

Did Carrie Underwood cause a Covid-19 outbreak?

Back in June 2021, Underwood alongside fellow country music sensations, Luke Combs and Toby Keith, were blamed for causing a Covid-19 outbreak in Colorado.

Local media outlets reported that the outdoor Country Jam music festival that was held from June 24-26 in Mesa County, Colorado, was linked to at least 23 Covid-19 cases.

The festival sold over 24,000 tickets and drew large crowds over the three days.