High-priced titles dominated the charts on New Year’s week with “The Croods: The New Age” leading the way. Sharing the glory was Liam Neeson: “Honest Thief,” a former theatrical/PVOD title, now thrives at $4.99, while Neeson’s 2011 Warner Bros. thriller “Unknown” is currently #1 at Netflix.

What stands out is the public is spending money on multiple high-price offerings. FandangoNow, which ranks by money spent, has a record nine PVOD titles in the top 10. (Only “Honest Thief” is standard priced at #4.) AmazonTV and GooglePlay (ranked by transaction, not price) also place PVOD entries in four of their five top slots.

Apart from “Croods,” the leading premium hits are “Tenet,” “Greenland,” and “The War With Grandpa.” At $14.99, “Grandpa”  is less expensive, “Greenland” is home-availability only, and “Croods” is part of Universal’s now-standard model of three weeks in theaters, then add PVOD. This variety in strategy, pricing, and choice of platform is part of the new normal.

Four of the other five PVOD titles listed are from Universal or Focus: “Let Him Go,” “Freaky,” “Half Brothers,” and “All My Life.” They rank lower, and all are on either one or two of the four charts. Universal will continue to show up with this month with “News of the World” and “Promising Young Woman” moving to PVOD. 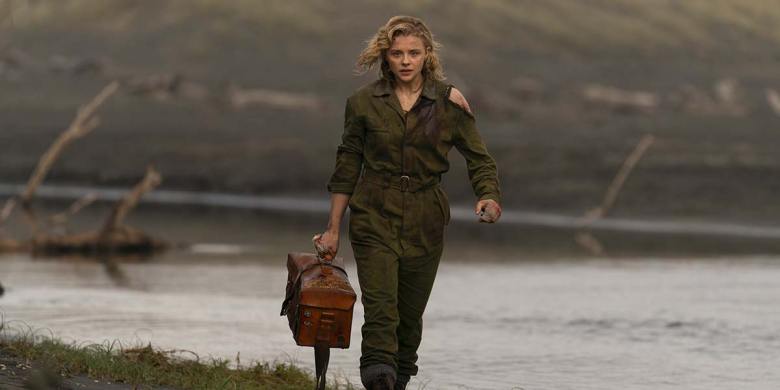 “Shadow in the Cloud”

The war-set actioner “Shadow in the Cloud” with Chloe Grace Moretz is the sole fresh entry this week, and the first theatrical release of 2021 (it grossed around $50,000 in under 100 theaters). At $19.99, it showed up on two charts  — one based on transactions, the other on revenue. This is an example of risk-taking in deciding whether to release standard price or premium. Other distributors will note this title’s initial success.

As the brooding, older, reluctant action hero, the Liam Neeson subgenre continues to draw interest. “Honest Thief” thrived, reaching as high as #1 at AppleTV and beating all but the top three PVOD titles at FandangoNow, while Netflix scored with its 10-year-old “Taken” copycat as if it were a brand-new release. “Unknown” replaced Netflix original “We Can Be Heroes” from Robert Rodriguez, which replaced George Clooney’s “The Midnight Sky.” Also thriving at Netflix are “classics” like “17 Again,” “Rango,” “4 Christmases,” “The Croods,” and “S.W.A.T.” — all of which are getting more views than highly touted originals like “Ma Rainey’s Black Bottom” and “Prom,” two December releases that are now off its chart.

Ranked by number of transactions, with position as of Monday, January 4

Ranked by revenue accrued not transactions, for December 28 – January 3

Ranked by number of transactions, with the daily position as of Monday, January 4

Ranked by transactions between December 25-31, all priced $6.99 except where noted

Most-viewed, current ranking as of Monday, January 4; originals include both Netflix-produced and -acquired titles

Sign Up: Stay on top of the latest breaking film and TV news! Sign up for our Email Newsletters here.