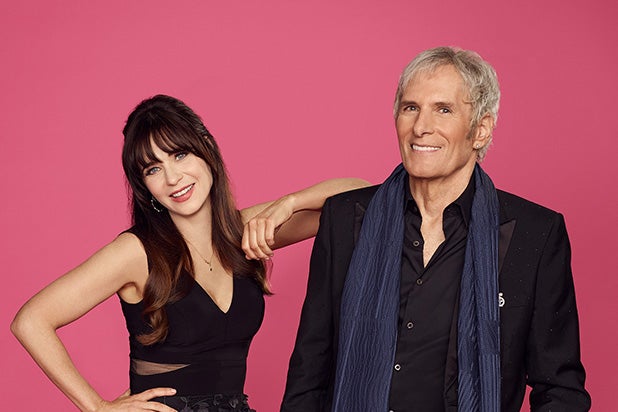 ABC is reviving “The Dating Game” with a new celebrity twist and Zooey Deschanel and Michael Bolton at the helm, the network announced Thursday.

“The Celebrity Dating Game” has been picked up for eight one-hour episodes at the network, and is described as a “wry wink at modern dating with a star-studded roster of celebrity singles in their pursuit to find love.”

The new show will flip the format of the original 1960s series hosted by Jim Lange. Rather than having one contestant question three hidden suitors, the three suitors will be visible to the audience throughout the episode, and the identity of the celebrity they are attempting to woo will remain concealed until the end of the hour. Per ABC, “suitors will have the opportunity to guess the secret identity based on clues, questions and special parody performances by host Michael Bolton.”

“The Celebrity Dating Game” is produced by Sony Pictures Television. Charles Wachter, Michael Bolton, Christina Kline and Wendi Wan serve as executive producers. No premiere date for the show has been scheduled.

The original “Dating Game,” created by “The Newlywed Game” creator Chuck Barris, ran on ABC between 1965 and 1973 before going for one additional season in syndication. Though the show primarily featured everyday Americans, a number of celebrities appeared as special guest stars during the initial run, including Michael Jackson, Ron Howard and Sally Field.