A tiny capsule containing a message written by a Prussian soldier who used a carrier pigeon to send it more than a century ago has been found by a French couple.

The message from an infantry soldier based at Ingersheim detailed military manoeuvres and was addressed to a superior officer, Dominique Jardy, curator of the Linge Museum at Orbey in eastern France, told the AFP news agency. 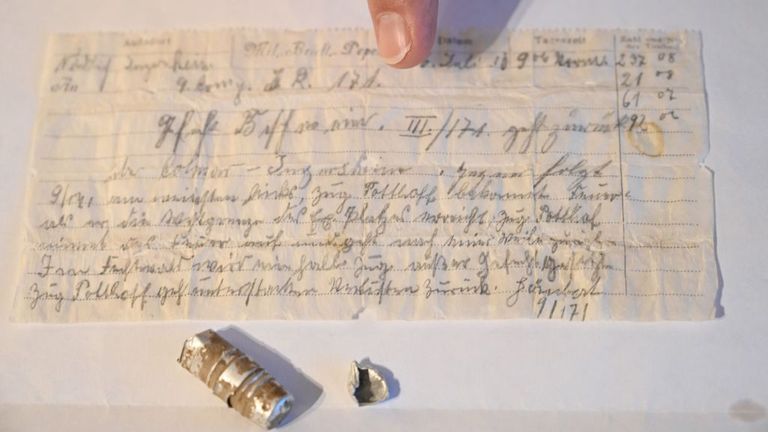 The writing on the message is in German but in a barely legible hand. The date of the note is unclear, but looks like either 1910 or 1916.

At the time, Ingersheim – now in France’s Grand Est department – was part of Germany.

The couple were walking through a field in September when they spotted the capsule.

They took it to the museum at Orbey which is dedicated to one of the bloodiest battles of the First World War.

Ms Jardy, who said it was a “super rare” discovery, asked a German friend to help her decipher the message.