‘1,000’ foreign GPs are being threatened with deportation by the Home Office: Blow to the NHS after British taxpayers spent £50k a year training them

A ‘thousand’ foreign GPs are being threatened with deportation by the Home Office in another blow to the NHS after British taxpayers paid more than £50,000 a year training them.

The NHS in England has already lost the equivalent of around 2,000 full-time GPs since 2015, which is making it harder for patients to secure an appointment.

Now new recruits have been sent letters informing them of their ‘removal’ from the UK just weeks after they finished training for their roles.

Home Office rules state foreign doctors must work under the skilled worker visa scheme for at least five years before they can apply for indefinite leave to remain – a timeframe that covers most specialist medical training.

But GPs usually gain their certificate of completion of training after three years, leaving a two-year gap during which they have to secure sponsorship if they want to stay in the country when their visas run out.

NHS England had expected to be allowed to sponsor the doctors during the two-year period but could not reach an agreement with the Home Office.

Health Education England fears that 1,000 temporary visas will expire by March 2023 as a result.

Health Education England fears that 1,000 temporary visas will expire by March next year

Dr Pushpo Hossain told The Mirror: ‘These are tax-paying qualified GPs who were trained using taxpayer money and are so vital for the NHS. GPs are being blamed for A&E departments being overwhelmed.’

‘The UK needs these overseas GPs – and more – to combat the current crisis.’

Dr Margaret Ikpoh, of the Royal College of GPs, also told the Commons health and social care committee this week that some doctors were ‘literally going from celebrating the fact that they’ve become a GP, to receiving letters threatening them with deportation’.

The RCGP is calling for international medical graduates who qualify as GPs in the UK to be given automatic indefinite leave to remain to stem the crisis.

Sir Robert Francis QC, chairman of Healthwatch England, told MPs that over half the complaints the watchdog received about GPs were concerned with access.

He added: ‘Patients… certainly find it difficult to have a face-to-face appointment with a GP.’ 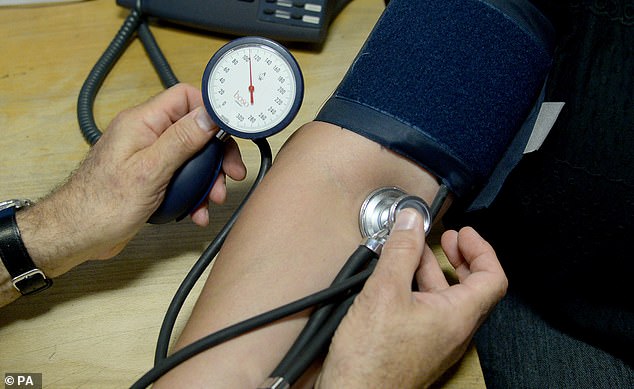 Taxpayers are spending £50,000 a year training each of the family doctors amid a major shortage – only to lose them to other countries, health leaders claim (stock picture)

He also warned that patients were turning up at overcrowded A&Es after finding it impossible to get through to their GP surgery or NHS 111 service.

Sir Robert said they were being ‘kept on the phone forever’, saying: ‘It is undoubtedly one of the things that leads to people going to A&E, which as we know is the wrong place for almost all such people.’

A Home Office spokesperson said: “Workers from overseas make an invaluable contribution to our NHS, helping to keep vital services running and save lives.

“Trainee GPs may use time between the end of training and the end of their visa to look and apply for work.”