A student rower who was injured after an apparent lightning strike on a Florida lake last week has died, becoming the second fatality stemming from the weather-related incident.

“It is with broken hearts that we share the passing of a second rower involved in last Thursday’s weather-related tragedy,” North Orlando Rowing wrote on Facebook Saturday. “The NOR community is devastated and continues to focus on supporting our affected families and our entire NOR team during this difficult time. We continue to cooperate with local authorities and USRowing as they investigate the incident.”

The group said it wouldn’t provide further comment until the investigation is complete.

Members of the nonprofit rowing group were practicing at Lake Fairview in Orlando when the incident happened on Sept. 15, the Orlando Fire Department had told ABC News.

The next day, search teams from the Orlando Police Department, Orange County Fire and Rescue Department and Orlando’s dive team discovered the body of another student who had gone missing after the apparent lightning strike. 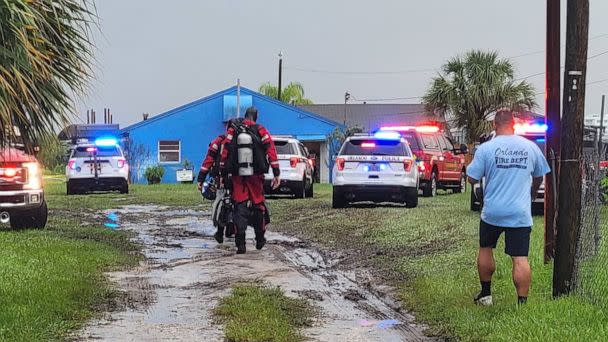 “We are incredibly saddened by this incident and appreciate the efforts of the multiple agencies who worked together over the past 24 hours to assist in the rescue,” the fire department said at the time.

Five people were on board a vessel at the time, all believed to be students from various Central Florida schools, Orlando’s fire department said.

Authorities and the United States Rowing Association are investigating the incident, according to North Orlando Rowing.

“We are beyond grateful for the outpouring of love and concern from around the world,” North Orlando Rowing said Saturday. “Please continue to hold our families in your prayers.”