Thirty-five years ago — long before there was Twilight, True Blood, or even Interview With the Vampire — there was The Lost Boys, Joel Schumacher’s 1987 vampire classic starring the Coreys Feldman and Haim, Jason Patric, Jami Gertz, Dianne Wiest, Alex Winter, and of course an 18-year-old Kiefer Sutherland as the fearsome blood-sucking, scene-stealing biker David.

The film set the template for vampire chic — in part due to its hip soundtrack and Sutherland’s platinum-punk persona — but there is one long-lost Lost Boys scene that more than three decades later still has not seen the light of day, so to speak, because it was “a bit too violent and gross.” 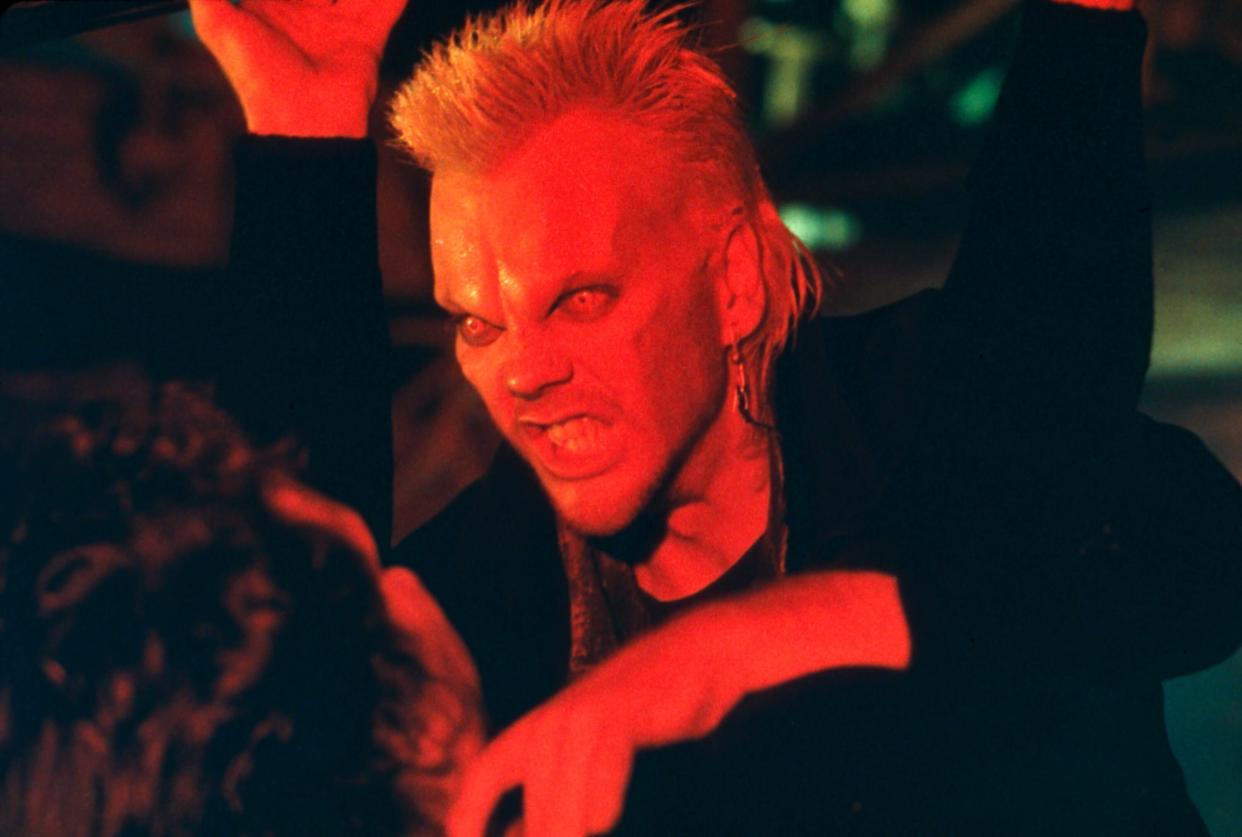 “There was a scene that actually didn’t make the movie that I was really, really excited about — mainly because it was just so violent I couldn’t believe that we were doing it,” Sutherland tells Yahoo Entertainment. “It’s sort of in the movie — they cut around it — but there was a guy on a beach and he was bald and they had made a prosthetic cast of his head. And the part of the scene that I loved the most was literally, it was like a cake: I ate the whole back of his head off and blood just went everywhere. I had been directed to just smile like a child having cake, and the two images were so frightening and scary.”

Speaking of his rocker image in the film, Sutherland reveals that it was inspired by one of the great peroxided post-punk stars of the 1980s, Billy Idol. “It’s actually a funny story. Joel Schumacher wanted me to have long hair, and I had long hair at the time and then he wanted it white, a timeless kind of thousand-year-old look. So, I dyed it white and my hair was like normally long, like long everywhere. And I just looked like a wrestler! I hated it,” the actor/singer-songwriter chuckles. “And I just thought, ‘That’s awful.” And Billy Idol had just come out… and he looked cool. I mean, he just looked badass. And so I thought, ‘Well, he’s got white hair. That could look really cool.’ But Joel wanted my hair long. And so I actually think I might’ve been responsible, or at least partially responsible, for creating the mullet. And for that, I’ll apologize to the death.” 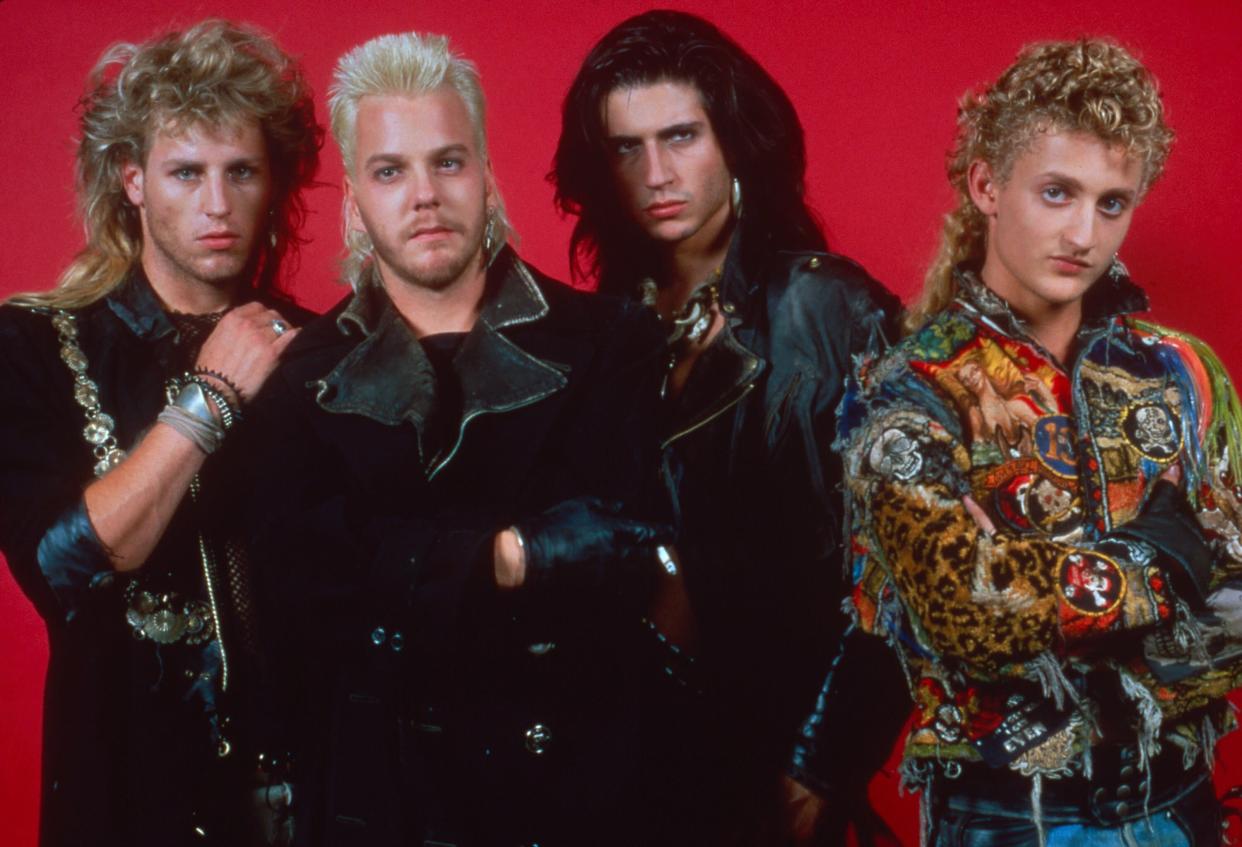 After Sutherland convinced the on-set hair stylist to crop the top of his hair on the second day of the movie’s shooting, he had some apologizing to do to Schumacher. “He wasn’t thrilled with it,” Sutherland recalls with a chuckle. “But I’ve done five films with Joel, so we’ve joked about it later. … I think that [David] character looks really cool, but it was a complete accident that that all happened.”

David’s look was a perfect complement to the edgy soundtrack — “one of the first ones,” Sutherland notes proudly — which featured Roger Daltrey covering Elton John’s “Don’t Let the Sun Go Down on Me,” Echo & the Bunnymen doing a Ray Manzarek-produced version of the Doors’ “People Are Strange,” and two collaborations between INXS and Cold Chisel’s Jimmy Barnes.

“Stylistically, it made a real imprint at the time, and it has stood the test of time — and that’s a real tribute to Joel Schumacher,” says Sutherland. “The soundtrack too was really innovative, and it was trying to teach the film industry that music can help you not only make your film great, but it can help you sell it and it can work as a partner with you. And that was a really exciting time. And as you said, everybody picked up on it after that.”