The soaring cost of gasoline and other types of energy has alarmed American consumers. It has also stirred up a maelstrom of misinformation and dishonest politicking among factions eager to exploit the economic pain for their own benefit.

U.S. gasoline prices have been well above $4 per gallon since the beginning of March, and they could stay there as long as Russian atrocities in Ukraine continue to compel global sanctions on Russian energy production. That’s a clear risk for President Biden and his fellow Democrats in Congress. Gas prices were already up sharply before Russia invaded on Feb. 24, and they’ve gone higher since. Biden has lobbied aggressively for reducing fossil-fuel use and transitioning to green energy, which makes many Americans think Biden’s icy attitude toward oil and gas is a key factor driving prices higher.

It's not nearly that simple, however. Energy is a huge global market with many factors inside and outside the United States determining prices. Republicans hoping to take control of Congress from Democrats in the 2022 midterm elections want voters to blame Biden for the pain they feel at the pump, even though it’s not really Biden’s fault. Biden and some Democrats have countered with their own fishy claims, confusing matters further. The feedback we get from many readers here at Yahoo Finance is further evidence that energy markets are hard to understand and easy to distort.

To clarify the real causes of soaring prices, Yahoo Finance has published a series of explainers on some of the most controversial energy issues, including Biden’s green-energy policies, the cancellation of the Keystone XL pipeline, and the role imported energy plays in the U.S. economy. In this story, we’ll summarize some of our most important findings. Here are 5 of the most enduring myths about oil and gas prices:

The United States is “energy independent.” If the word “independent” means self-sufficient, with no need for outside help, then this statement is true only for certain types of energy—and not at all true regarding the oil used to make gasoline. When you combine every type of energy the U.S. consumes and produces—fossil fuels, renewables, nuclear power and so on—it is true that the United States produces more than it consumes. Total U.S. energy production first exceeded consumption in 2012, when Barack Obama was president. That remained the case while Donald Trump was president, and it is still the case under Biden.

As for oil, however, domestic consumption has exceeded production every year since at least the end of World War II. New drilling techniques have boosted U.S. oil production, and the need for imported oil has narrowed since 2006. But the United States was not “oil independent” under Obama or Trump, and it’s still not under Biden. This is why U.S. consumers have to accept prices set in the global market for oil—and why there’s no practical way to change that. (Read more here.)

Biden’s cancellation of the Keystone XL pipeline drove up gasoline prices. Two things happened one after the other: 1. Biden cancelled the Keystone XL pipeline on his first day in office in 2021. 2. U.S. pump prices doubled during the next 12 months. Many Republicans insist this correlation proves that Biden’s anti-carbon policies caused gas prices to go up. But that’s lazy logic, and facts demonstrate otherwise.

Keystone XL would have been one new pipeline moving oil from Alberta, Canada to Nebraska, and from there to the Gulf Coast for refining into gasoline and other products. The pipeline never got built and never moved any oil, so no oil supply was lost when Biden axed the project. XL would have added pipeline capacity in the future, equivalent to about 4% of the oil the United States consumed in 2020. Some or all of that could have been exported instead of sold to America. 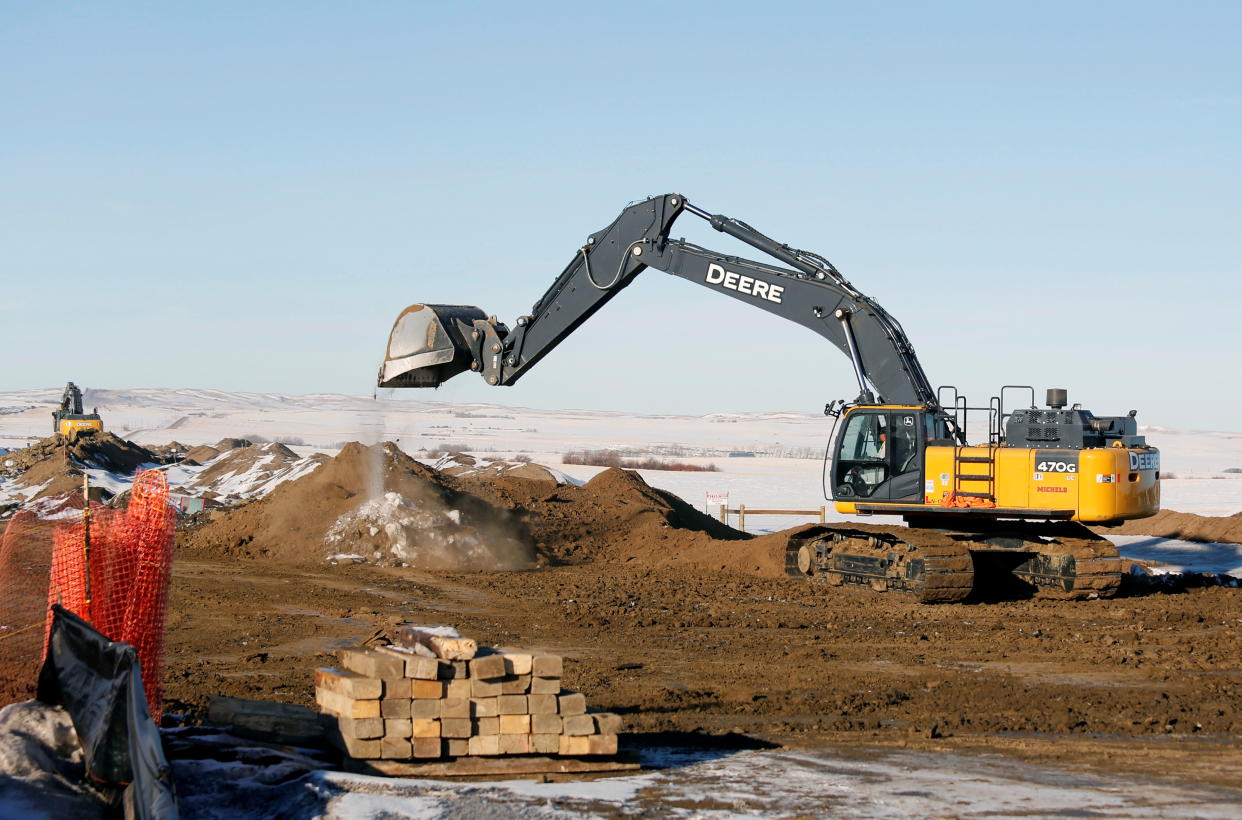 Meanwhile, there are still other pipelines, trains and tankers moving oil from Canada to the United States. Some of those routes are being expanded to transport more oil, and several energy experts told Yahoo Finance any oil that would have flown through XL is simply coming in via other routes. One last point: Overall oil imports from Canada have risen steadily for years, indicating there’s plenty of transportation capacity. There was a drop-off in 2020, when oil consumption crashed, amid the COVID pandemic. But Canadian oil imports bounced back in 2020—the same year Biden canceled XL. (Read more here.)

High prices are Putin’s fault. After the Russian invasion of Ukraine on Feb. 24, Biden and some other Democrats started talking about the “Putin price hikes.” Nice try. There was clearly a quick spike in global oil prices after the Russian invasion on Feb. 24, since Russia is the world’s third-biggest producer and financial sanctions have made it hard for Russia to sell oil. But through March 22, the Putin premium only explained about 15% of the rise in oil and gasoline prices since Biden took office in 2021. The rest of the increase occurred before global markets had priced in the Russian invasion. (Read more here and here.)

So it’s Biden’s fault, then. Nope. Americans seem to think the U.S. president can—or should—control oil and gas prices. But unlike the energy industry in Saudi Arabia or Russia, American oil and gas firms are private-sector entities driven by the profit motive, not by government diktat. It’s true that Biden favors green-energy policies that would reduce U.S. fossil-fuel use and possibly cut U.S. oil and gas output. But Biden has implemented hardly any of the policies he favors, and little has actually changed under the Biden administration.

The biggest factor keeping U.S. oil output tight, by far, is the bloodletting that occurred in the U.S. energy industry from 2015 through 2020, when drillers overproduced, prices cratered and more than 600 U.S. energy firms went bankrupt. That was great for drivers because gas prices barely drifted above $2 per gallon. But financing for drilling began to dry up as investors got sick of losing money. Several industry analysts told Yahoo Finance that even with oil prices above $100, drillers are reluctant to pump more because it’s expensive to expand capacity and they fear they’ll lose money, again, if (or when) new supply pushes prices back below $60 or $70 per barrel. (Read more here.)

Low gas prices are normal. Consumers tend to think the lowest price they’ve paid for an important product is the “normal” price, while anything higher is an aberration that politicians need to fix. But low gas prices from 2015 to 2021 were the result of bad business decisions in the oil and gas industry that created way too much supply and triggered steep losses for many producers. “U.S. energy investors subsidized consumers around the world for the last seven years, by encouraging producers to grow, grow, grow,” Raoul LeBlanc, vice president of the energy practice at S&P Global, told Yahoo Finance. “U.S. consumers got used to low prices they think of as normal. But for these firms to be profitable, prices have to be higher.” That's what shocked consumers are adjusting to now, and there's not much Biden or any politician can do about it. (Read more here.)

Rick Newman is the author of four books, including "Rebounders: How Winners Pivot from Setback to Success.” Follow him on Twitter: @rickjnewman. You can also send confidential tips.