Paris: An investigation into allegations of rape and sexual assault involving French film star Gerard Depardieu has been dropped because of a lack of incriminating evidence, the Paris prosecutor's office said.

The investigation concerning Depardieu, 70, was opened in August after a young actress accused him of sexually assaulting her on two occasions that month at his home in the 6th Arrondissement of Paris. 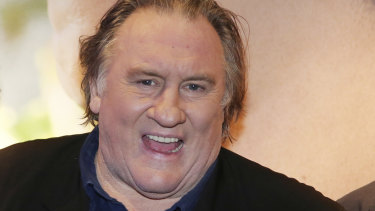 According to French news reports, Depardieu had taken the actress, a woman in her 20s, "under his wing" and had given her career advice. The woman, who has not been identified by French authorities, accused Depardieu of assaulting her during informal rehearsals for a theatre production.

But the Paris prosecutor's office, in dropping the inquiry on Tuesday, Paris time, said that "numerous investigations" had been unable to substantiate the woman's accusations.

Herve Temime, a lawyer for Depardieu, said, "Gerard Depardieu experienced this complaint very painfully, and it is of course a relief."

It was not immediately clear how Depardieu's accuser would react to the decision, which can be appealed.

Under French law, if a complaint filed with prosecutors is dropped, the plaintiff, under certain conditions, can also file a new complaint. In that situation, the case is automatically turned over to independent investigative judges. Such action also enables the plaintiff to seek both civil and criminal action.

Depardieu, a prolific actor whose career has covered more than 40 years and hundreds of movies, had always maintained his innocence. He was one of several French celebrities who have faced accusations in the wake of the #MeToo movement against sexual abuse and harassment. But reactions in France's movie industry have been more muted than elsewhere. 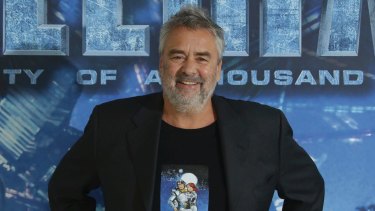 In February, prosecutors also cited a lack of evidence when they dropped a rape investigation in connection with French film director Luc Besson, who was accused by Dutch-Belgian actress Sand Van Roy of coercing her into unwanted sex.

A total of nine women, including actresses, a former casting director and colleagues of Besson had also described inappropriate behaviour by him to investigative website Mediapart, but only Van Roy had filed a lawsuit.

A new investigation was opened in February after an actress told French police that Besson had thrown himself on her and tried to kiss her by force in Paris in March 2002.

Depardieu continues to act but has also been a subject of controversy in recent years, most notably after he acquired Russian citizenship and proclaimed his love for Russian President Vladimir Putin after a tax dispute with French authorities.