Paris: Airlines re-routed flights to avoid Belarus’s airspace and Belarusian planes faced a possible ban from Europe, as international outrage mounted over Minsk forcing down a jetliner and arresting a dissident journalist on board.

The furore prompted French President Emmanuel Macron to suggest that the Belarusian opposition be invited to the Group of Seven summit due to be held next month in Cornwall, if host country Britain agrees, the French presidency said on Tuesday.

But a British government spokeswoman said there were no plans at the moment to invite “further national participants to the G7 Summit”, adding that the leaders would discuss “Belarus’ reckless and dangerous behaviour”. 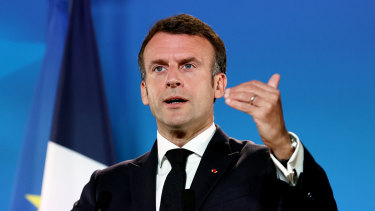 Western countries are keen to show their support for opponents of Belarusian President Alexander Lukashenko after authorities in Minsk forced down a passenger plane on Sunday and arrested a dissident journalist on board.

A French presidential official said Macron wanted to invite exiled Belarusian opposition leader Sviatlana Tsikhanouskaya to speak at one of the “outreach” sessions, during which outside personalities can address the G7 leaders.

“The G7 is a club of democracies and it is important in the current context to support opponents of Lukashenko’s regime,” the French official said, adding that Macron was open to inviting the Belarus opposition if host Britain agreed to it.

In a tweet on Tuesday, Tsikhanouskaya, who is now based in Lithuania, a member state of the European Union that borders Belarus, thanked Macron for his call to have the Belarusian opposition invited to the G7 summit.

In Germany, Armin Laschet, leader of Chancellor Angela Merkel’s conservative party, supported the idea after speaking to Tsikhanouskaya by telephone.

“If London, the British hosts, agree, I back this request because it is important that the G7 gets involved in this unique occurrence,” Laschet, who hopes to succeed Merkel as chancellor after a September federal election. 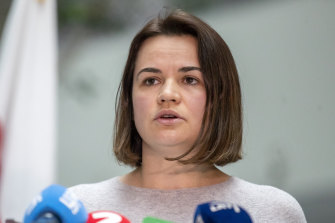 He added that federal prosecutors in Germany were considering a request from 10 Belarusians to open a criminal investigation against Lukashenko for alleged crimes against humanity.

Airlines were shunning Belarusian air space on Tuesday and the country’s planes face a possible European ban following the forced landing of the Ryanair flight in Minsk on Sunday and the arrest of 26-year-old journalist Raman Pratasevich.

Britain holds the G7 rotating presidency this year and has scheduled the summit for June 11-13 in the southwestern English county of Cornwall.

Diplomats said France, Ireland and Estonia would raise the hijacking at a private meeting of the United Nations Security Council on Wednesday.

“The behaviour of the Belarus regime is outrageous, illegal, and completely unacceptable … we also condemn this kind of dangerous interference in civil aviation,” Canadian Prime Minister Justin Trudeau told reporters.

In response to Minsk’s actions, the European air traffic control agency, Eurocontrol, recommended that EU and British carriers that fly over Belarus should re-route via the Baltic states.

Britain also said it was banning Belarusian airlines from entering its airspace.

European Union leaders at a summit on Monday had called for airlines based in the 27-member bloc to halt flights over Belarusian airspace, which is along a major corridor connecting Europe and Asia and earns hard currency from overflight rights.

Lufthansa, KLM, SAS, Air France, LOT and Singapore Airlines were among carriers that announced they would stop flying over Belarus.

Belgium’s Charles Michel, who chairs EU summits, tweeted “Europe in action”, with a picture of a flight tracker map of the continent showing no planes flying over Belarus.

EU leaders also directed officials to draw up unspecified new sanctions against Belarus, and to work out a way to ban Belarusian airlines from the bloc’s skies.

Belarus’s neighbour, Ukraine, announced a ban on flights to or from Belarus, and on its own airlines using Belarusian airspace. That could mean that land-locked Belarus could soon be reached by air only over its eastern border with close ally Russia.

“If we let this go, tomorrow Alexander Lukashenko will go further and do something even more arrogant, more cruel,” Ukrainian Foreign Minister Dmytro Kuleba said in a statement.