ALEXANDRA SHULMAN’S NOTEBOOK: Friends in high places… they can be such a bore 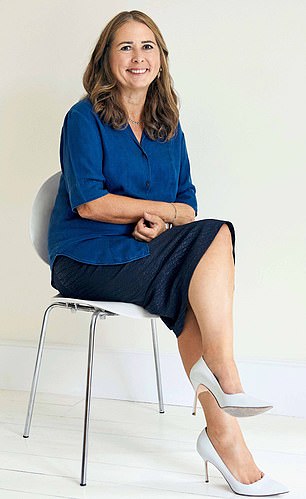 We’ve all done it – or at least most of us have at some point in our lives: made friends with someone we come to wish we hadn’t, writes ALEXANDRA SHULMAN (pictured)

We’ve all done it – or at least most of us have at some point in our lives: made friends with someone we come to wish we hadn’t.

The Royal Family are world-beaters on this one. Prince Andrew made a rotten judgment call when he cosied up with Jeffrey Epstein all those years ago and, although not in the same league, the Queen would probably rather not have her Windsor teas with Sheikh Mohammed bin Rashid al Maktoum playing such a key part in last week’s revelations about the Dubai ruler’s phone-hacking habits.

The term ‘friend’ covers a wide spectrum. I doubt the Queen regards the Sheikh as a bestie, but her closeness to the ruthless Emirati ruler is more than a passing acquaintance and is rooted in their shared love of racing.

He’s given her winning horses. She invites him to the Royal Box. We often allow someone who shares our passions a bit more licence than someone who doesn’t.

Even though it appears that Her Majesty has been recalibrating her relationship with the Sheikh after his supposed abduction of not one but two daughters, breaking up with friends is tricky.

It’s not as clear-cut as breaking up with a partner where the relationship is specific. Friends can lurk in the corners of our worlds.

Most of us will have made friends with someone simply because they were there. The friendship made sense in a specific time and place but, often, like pottery you buy on holiday, they don’t travel. Get it home and it looks totally out of place. The same with friends.

For a while you feel loyal. You know why you liked them even if no one around you can understand it. But you don’t have to have become close to an abuser of young women or a threatening abductor to eventually decide a certain friendship has run its course.

You may just see the light and realise that all around you were correct in regarding them as a bully or a manipulator or a witch.

More often it’s less dramatic and you realise they are, and may always have been, just a terrible bore. And nothing is as lethal to a friendship as boredom. 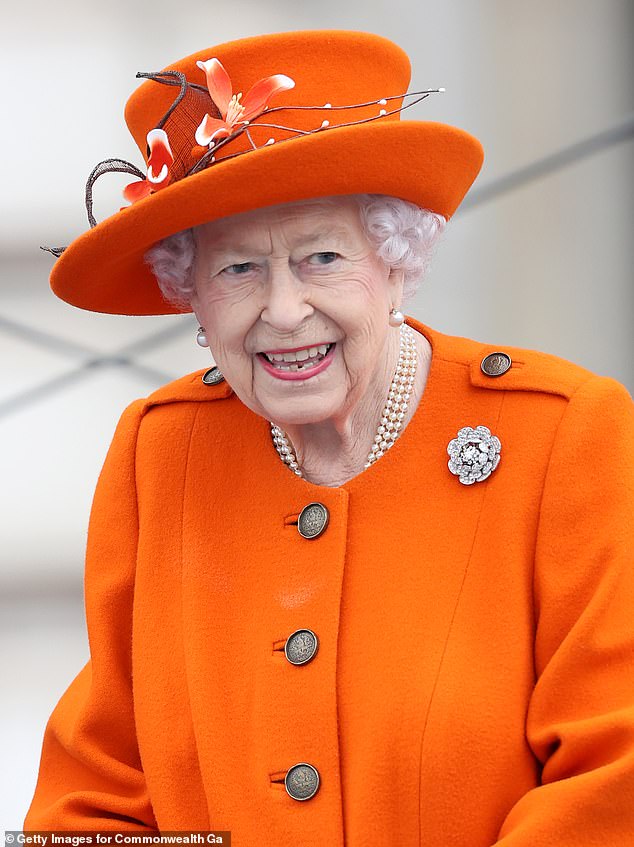 I doubt the Queen regards the Sheikh as a bestie, but her closeness to the ruthless Emirati ruler is more than a passing acquaintance and is rooted in their shared love of racing

I will, naturally, be getting them. I’ve got five Nigel Slaters and three Ottolenghis already (no Mary Berry yet, so that could be exciting) as well as countless Nigellas and River Cafes – and in all honesty I don’t need a single new recipe in my life.

But that’s absolutely nothing to do with it. Cookery books are like new clothes – you imagine a whole life to go with them.

Everything will be all right, maybe even better, if you have a go at delivering a beautiful platter of burrata with cannellini instead of chickpeas next time.

Are trusty Ubers taking us for a ride?

I’ve seen the future and it’s dispiriting. For the first time the other day, my Uber journey cost more than a black cab, probably because of the fuel shortage.

The quoted fare for my journey at first didn’t attract any drivers so I tried again, and then, by now very short of time, I was quoted double the fare, which lured a trusty Toyota Prius.

Cassandras always predicted it would come to this. That we would get dependent on Ubers and then, once in a position of power, they’d hike the charges.

Is that a market-led economy – or an abuse of power?

Bless him. I never had Michael Gove down as a particularly don’t-care-what-you-think kind of person but it was a brave man who got on the dancefloor at the Tory Party conference after the mockery that greeted his moves at an Aberdeen nightclub recently.

But he did the right thing. Why shouldn’t he, or I, or any of us past the age of 50, dance as much as we want, wherever we want? 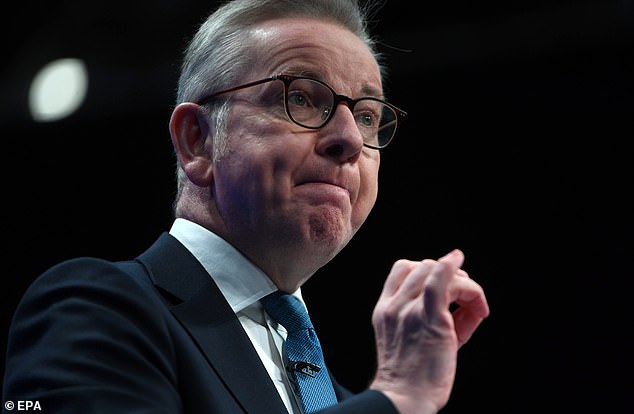 Bless him. I never had Michael Gove down as a particularly don’t-care-what-you-think kind of person but it was a brave man who got on the dancefloor at the Tory Party conference after the mockery that greeted his moves at an Aberdeen nightclub recently

I frequently jump around in the kitchen on my own but only when I’m sure that my son won’t appear, hunting for a slice of salami, just when I’m getting into my whole Stevie Nicks thing.

It’s particularly British to mock older people dancing. In most of the rest of the world, families dancing is part of their culture.

But here it’s only OK for the elders to get on the dancefloor at a wedding while the tribute band is playing – on condition they discreetly shuffle off before someone starts to spin the decks and the real action starts.

Speaking of which, I loved Boris’s Jon Bon Govey quip.

He could have a whole Cabinet of rockers. Little Rishi, Scritti Politti Patel (for those who remember the 1980s), Sajid Jagger, Jacob Rees Trogg. And of course, Culture Secretary Nadine Dorries, who is already known in some quarters as Lady Gaga.

So the miniskirt is back, or so we learnt from the recent catwalks. Will we wear it? I hope so. I’m way over the ultra-modest Little Housewife On The Prairie look, all floppy hems and frilly necks, which have been so popular for so long, partly because women of all ages felt they could wear them. But actually they didn’t do a great service for older women who often looked more frumpy than winsome.

Short hemlines aren’t for everyone (I didn’t even wear them at 17) but if they make you feel good, that’s what counts. Hemlines have got nothing to do with the date on your birth certificate. No, it’s confidence that’s your best companion at any age when it comes to short skirts. That, and with winter on the way, a good pair of black opaques. 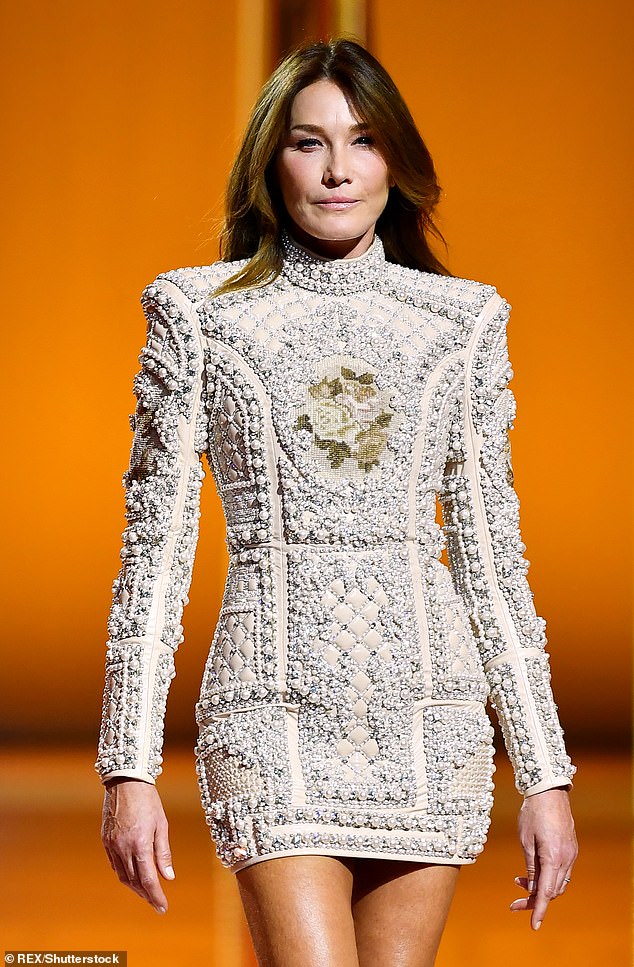 So the miniskirt is back, or so we learnt from the recent catwalks. Will we wear it? I hope so

Masterpieces go way over my head

What is the correct height to hang pictures? Wandering around the staggering Wallace Collection in London the other day, it struck me that many of the pictures hung above the doors and mantelpieces were difficult for me to see clearly. Am I, at 5ft 4in, too short? Or are they too high?