This year more than ever, people who plan to drink alcohol at holiday parties shouldn't assume that the can they pull from the cooler is a beer.

The slowing growth of beer sales and the rise of alternatives like hard seltzer and ready-to-drink cocktails have upended the industry, inducing the sector's largest and oldest mainstays to release a flurry of products that capture the new markets.

In a new interview, Anheuser-Busch InBev (BUD) CEO Michel Doukeris explained how consumer concerns about health and portability have forced the world's largest brewer to reimagine its offerings. He detailed the company's three types of drinks that go "beyond beer," and the benefits that each provides.

"What we've been seeing is this space between wine, hard liquor, and beer is a space that has become almost like a void for a lot of innovation to come," says Doukeris, whose company makes Budweiser, Corona, Stella Artois, and a host of other beers.

To be sure, beer continues to account for the overwhelming majority of revenue in the sector.

"There is always like this 5% to 10% of the industry that's really the latest innovation," Doukeris says. "Think about the consumer who likes cocktails but can't bring the cocktail to the barbecue or beach."

Doukeris outlined the different drinks that make up the growing category of non-beer alternatives, starting with longstanding malt beverages like Budweiser's Lime-a-Rita, which the company launched in 2012.

"One that is this a very simple, more flavored type of beverage. In the U.S., they call it a malt-flavored beverage," he says. "Ready-to-drink bottles with a lot of taste."

The next category is made up of hard seltzers and other light drinks that offer a kick of booze and a low calorie count. In this area, the company sells a Bud Light hard seltzer, a Corona hard seltzer, and NÜTRL, a vodka seltzer that the company launched in the U.S. in September, among other drinks.

"You have one that's light and refreshing where seltzers happened," Doukeris said. "So convenient in a can. We control how much alcohol you're having."

Finally, the company offers newer, more intricate ready-to-drink cocktails such as Cutwater, a brand of canned drinks that specializes in flavors like Tiki Rum Mai Tai and Rum Mint Mojito.

"The third one is more complex, like this ready-to-drink real cocktails that you can also have today in a can," he says. "You know that the taste is going to always be great, and you can carry and have the cocktail at your convenience." 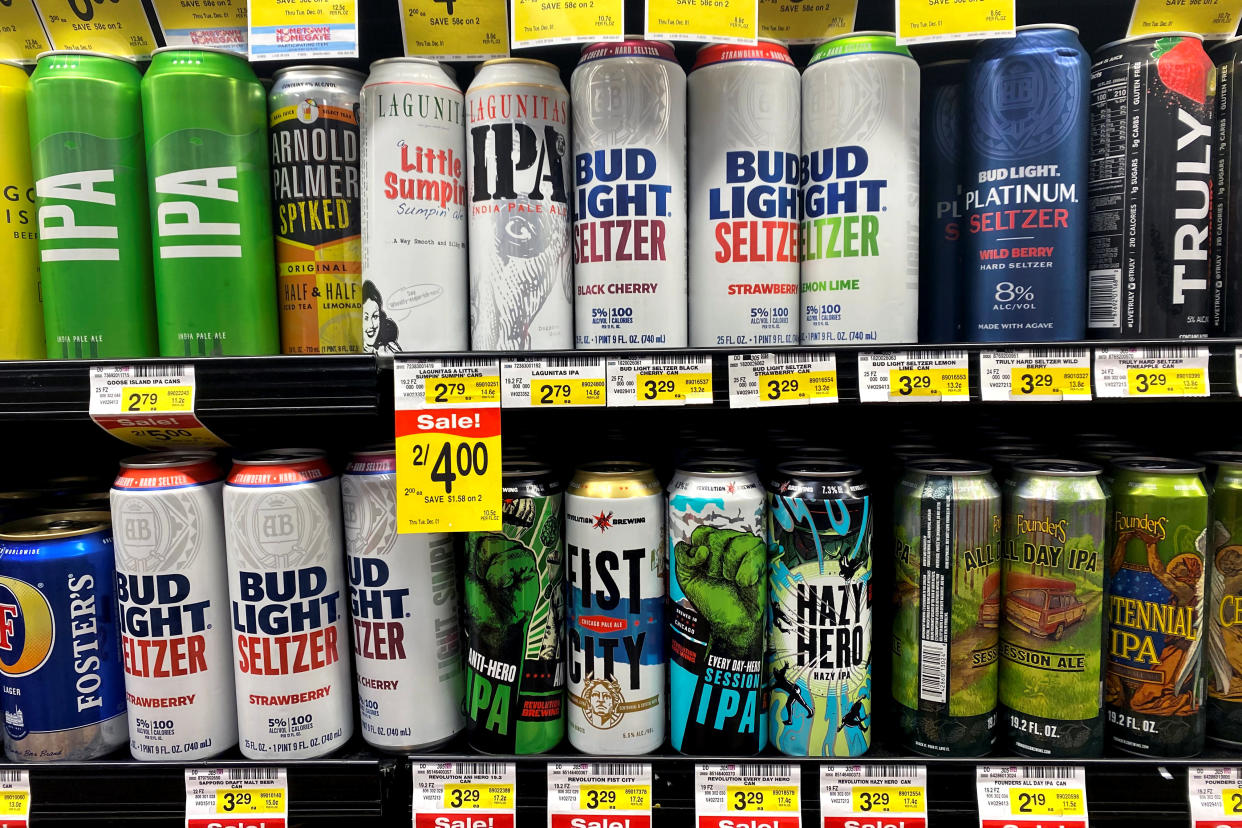 As of September, the company's "beyond beer" brands accounted for $1.2 billion in revenue, amounting to 20% growth in the category this year, Doukeris said on the company's third quarter earnings call.

"We are very well equipped as we expand beyond beer globally," he told analysts on the call, saying he expects the category to continue to grow in North America.

Speaking to Yahoo Finance, he noted that Anheuser-Busch InBev offers drinks in each of the three areas of "beyond beer" that he described.

"We have plays and brands in each of these," he says. "They manifest a little bit differently country by country, but they are global trends."