Home » Another string to her bow-wow! Dog howls along to owner's violin

Another string to her bow-wow! Iris the dog howls along to her owner’s violin practice

This is the adorable moment a musical dog accompanies her owner’s violin playing by howling loudly.

One-year-old puppy Iris refuses to let her owner Megan Freivogel play in peace as she tries to practice for a virtual performance, at their home in Illinois.

The professional musician can only play a note or two from the piece before her enthusiastic dog lets out a tuneful howl.

Amazingly the dog seems to adjust her pitch to the violin, howling on the high notes and growling as the piece reaches the deeper ones.

Amused by her dog’s involvement Ms Freivogel, who plays with the Jupiter String Quartet, bends down to tell Iris ‘good girl’ before continuing to play.

Iris looks intently at her owner as she lets out a tuneful howl followed by low growls.

Her owner exclaims: ‘Oh my ears’

After deciding that she has had enough of the dog’s singing, Ms Freivogel gives Iris a pat on the head, telling her: ‘I love you, thank you.’

The award-winning violinist said afterwards: ‘Iris is our pandemic dog and is very attached to us.’ 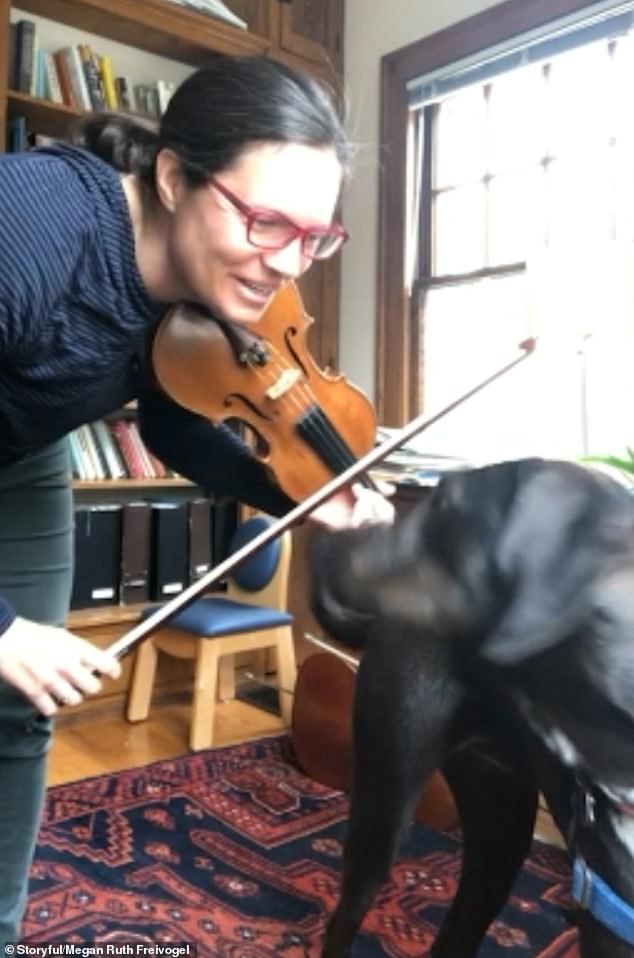 Megan Freivogel, a professional musician, was only able to play a note or two from the piece before her enthusiastic dog Iris decides to get involved at their home in Illinois 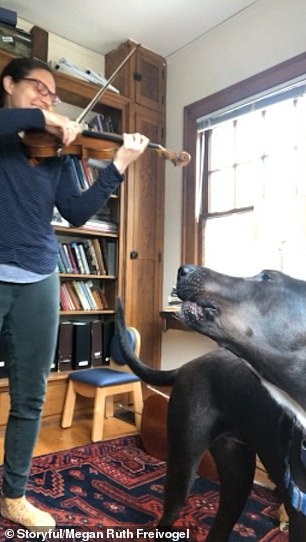 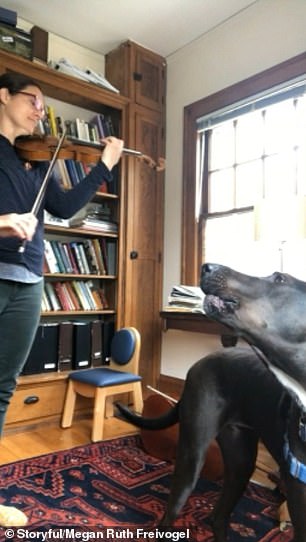 She shared the sweet video, filmed on April 23, to social media where commenters were impressed at the dog’s tone.

One viewer, Marc Rhodes, wrote: ‘Oh my goodness! The doggie loves to sing along with you! And she changes her tone to add melody!

‘I’ve seen dogs howling along but its always one tone, loud, and out of sync. Iris is very special. And your violin playing is great too. You may become a famous duet!’

Another commenter wrote: ‘Lol the growl at the end killed me.’

The sorrowful sounding piece which Iris sings along to is by American composer Judd Greenstein.