Experts said the sunny, warm weather in much of the country is likely to remain for most of the week. The Met Office said: “Temperatures will rise above average in many areas and it will feel much warmer.” Two-year-old Grace Bacon made the most of the April sun while playing amongst flowers in Blackpool’s Stanley Park. But while temperatures will still hover around 63F (17C) today, sun worshippers were warned to expect initial low cloud and fog followed by dry, sunny spells across central and southern areas.

Forecasters warned of high levels of tree pollen, particularly from birch and ash, for the next few days.

The Met Office added: “The sunshine is as strong at this time of the year as it is in late August.

“If you are spending a lot of time outside over the next few days, be aware that UV levels will be moderate in most places and occasionally high in southern areas.” Temperatures are expected to dip tomorrow before warming up again ahead of the weekend. 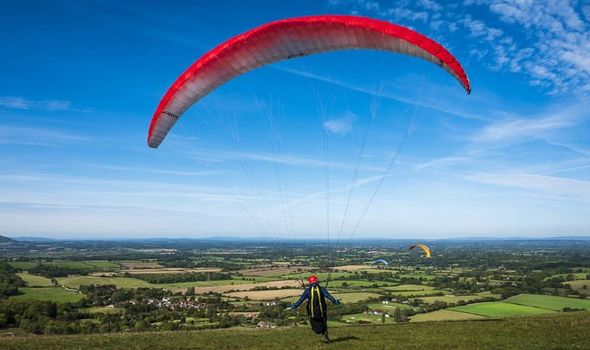 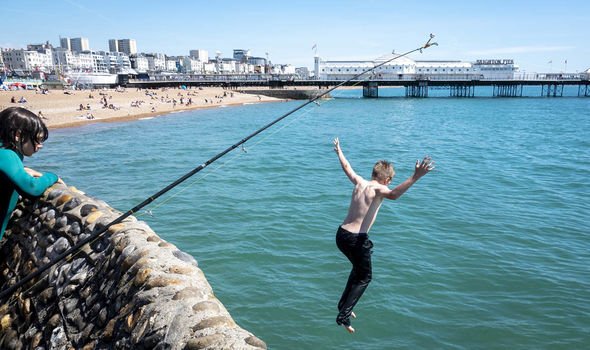 Forecasters predict this summer could be the hottest in a decade with a 90F (32C) blast set to hit within weeks.

Bookies have cut odds to just 2/1 on temperatures hitting 68F (20C) anywhere in the UK by the end of the week.

Alex Apati, of Ladbrokes, said: “Things are about to get a whole lot hotter for Brits, with 20C temperatures potentially.”