The editor who published The Age’s initial article about George Pell’s conviction on child sex abuse charges has rejected a suggestion it was aimed at motivating readers to search online for more information about the case.

The Age on December 13, 2018 published a front-page story about a “high-profile person” being found guilty of serious charges, that didn’t name Cardinal Pell. The article was also published online the night before. 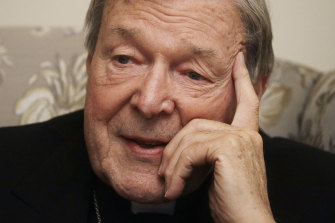 Cardinal Pell was found guilty at a County Court trial on December 11, 2018 but last year had his convictions quashed and was released from prison following a successful appeal to the High Court.

Victorian prosecutors allege The Age, some of its journalists and other Australian media breached a suppression order by publishing its story, even though Cardinal Pell wasn’t named and his charges weren’t detailed.

The cardinal at the time was to face another trial and County Court chief judge Peter Kidd imposed the suppression order to ensure he received a fair second trial. Prosecutors later abandoned the second trial.

The media companies and journalists face a combined 79 contempt of court charges over the reports. They are defending the charges.

Barrister Will Houghton, QC, who represents News Corp publications, has previously tried to have all charges against his clients dropped. On Friday afternoon he told the court he would make an application to Supreme Court justice John Dixon on Monday, but did not outline what he would seek. 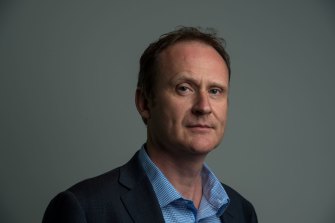 Prosecutors allege the Australian media reports encouraged people to search online for more information about the case. Overseas news outlets published reports naming Cardinal Pell and his conviction after the guilty verdict, as they weren’t restricted by Judge Kidd’s order.

The Age’s then-editor, Alex Lavelle, told the court on Friday the newspaper wanted to publish a report to inform readers why it couldn’t tell the story and rejected prosecutor Roslyn Kaye’s suggestion the article was aimed at piquing readers’ curiosity to inspire them to look elsewhere online for more information.

“That wasn’t the purpose of the article. It was to inform readers why we couldn’t report on the news,” said Mr Lavelle, who is one of the journalists facing individual contempt charges. He left The Age last year.

At one point Justice Dixon took Mr Lavelle to the suppression order and asked how an article could contain detail of the conviction when the order prohibited the use of any information derived from the trial.

Mr Lavelle said his focus was the identity and nature of the charges. He said he took legal advice from the newspaper’s lawyers before the story was published and maintained he would never have published had he believed it breached Judge Kidd’s order.

“If I had of believed we were in breach of the suppression order, we would not have published the story,” he said.

“I was trusting the advice I was given by these experienced lawyers.”

Lawyers for the media argue that journalists who wrote the articles should not be found in contempt of court as they were not responsible for publishing reports.

Mr Durkin is among those facing contempt charges over articles he wrote that were published on December 13 and 14, 2018. One detailed how media were “flouting” a suppression order, and the other quoted Judge Kidd, who told a hearing of his anger at seeing the media reports and warned some journalists faced potential jail time if found guilty of contempt.

Mr Coultan said Mr Durkin wrote the stories but was not authorised to publish them. That responsibility rested with the newspaper’s editor and editor-in-chief.

The journalist would have faced being disciplined, including possibly being sacked, if he published his own story without authorisation from those above him, Mr Coultan said.

Mr Durkin was commissioned by the AFR’s news director to write the articles, according to Mr Coultan, who said there was an adage in journalism that “if you are not busy and your boss tells you they want a story, you write the story”.

The trial returns on Monday.