Home » World News » Baby-faced zombie killer, 17, who rapped about 'pushing metal in his chest like a surgeon' is caged for 16 years

A TEEN killer who rapped about murdering a 16-year-old boy with a huge zombie knife has been caged for 16 years.

Kion McKenna, 17, rapped about "pushing metal in his chest like a surgeon" after stabbing gang rival Louis Johnson in the chest at East Croydon station on January 27. 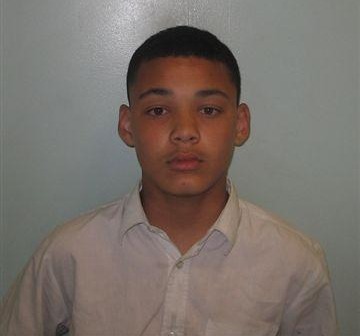 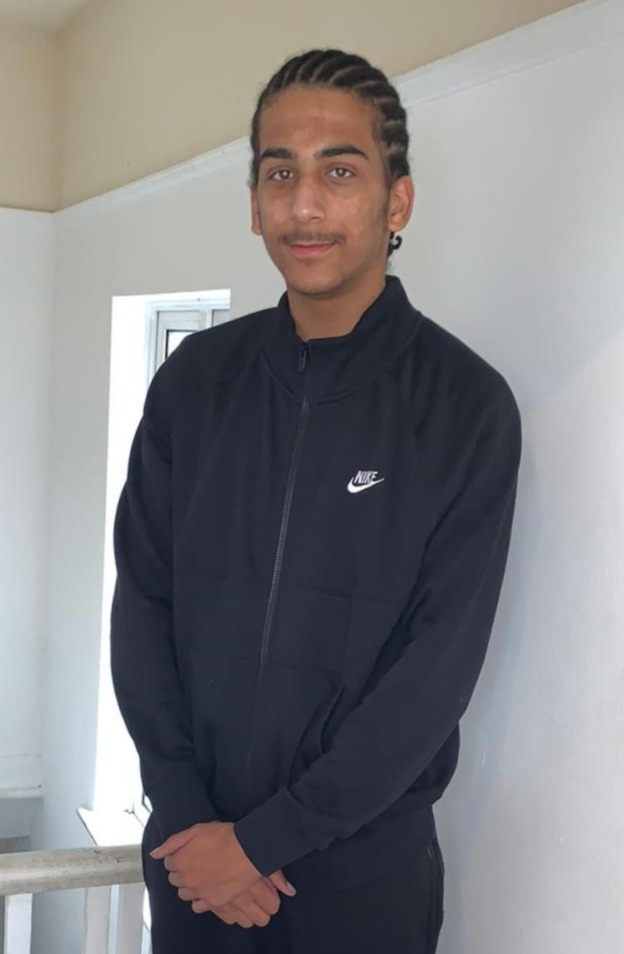 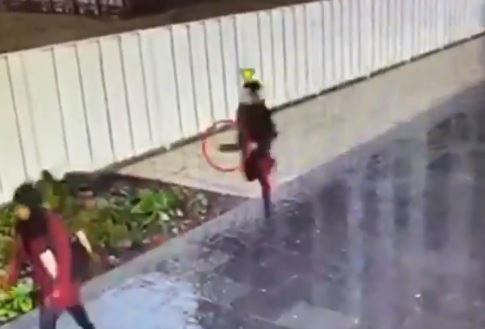 The court previously heard that McKenna, then 16, produced a large zombie knife when he saw Louis on the overbridge at the station shortly after 4.30pm.

The victim was pronounced dead at the scene while McKenna – pictured for the first time – fled to Chichester where he was caught smiling and dancing in a takeaway on CCTV after shaving off his long hair to disguise himself.

The baby-faced killer, who could not be identified until now due to his age, was arrested and charged with murder after handing himself in at a police station in Islington, north London, on January 29.

The Old Bailey heard that just a week after he had been remanded in custody, McKenna composed a rap about the killing using Louis's street name, L-Sav.

Lyrics included a reference to the victim being "6ft in life but now 6ft deep" and "pushing in the chest now he's coughing up blood".

Judge Mark Dennis QC handed McKenna a life sentence with a minimum term of 16 years on Friday after he was found guilty of murder at the Old Bailey last month.

He earlier pleaded guilty to having a knife.

The following rap lyrics by Kion McKenna were found by police.

"Push it in his chest, too bad he wasn't wearing a vest, I left the crime scene, L-Sav was hurting.

What do you know about lurking, block purging, shank them.

Push some metal in his chest like a surgeon.

L-Sav, his soul left his body, big 27 pushed through guts.

Lifting restrictions barring the reporting of McKenna's name because of his age, the judge said: "The evidence that related to the defendant's conduct following his arrest and remand in custody – composing and sharing rap lyrics appearing to be him bragging about the killing, supporting and encouraging gang violence – demonstrated he had little concern hitherto about publicising his actions."

The judge said the teen, who was linked to a gang in Tooting, stabbed Louis, who had connections to a Clapham gang, after a chance meeting following previous run-ins between the pair.

He told McKenna: "This was a shocking and dreadful display of violence for which there was no justification or excuse.

"This once again demonstrates how lives can be turned around by such youth gang violence.

"Though you were of a young age, you were old enough to know what you were doing and to make your own choices."

Reading from a victim impact statement in court, Louis's mother Natalie Secka told how her family's life "has not been the same" since her son was killed.

She said: "Louis left a massive hole in our lives and we miss him massively. Louis was a good son, good brother and a good friend to many.

"He was kind, polite and overall was willing to help others. His overriding quality was his wonderful sense of humour."

She added: "We will never get over losing Louis, never. Nobody deserves to be stabbed by such a terrifying weapon and left to die on a cold, wet train station floor.

"As a mother, that thought of your child dying terrified is too much to bear."

The boy runs past busy commuters holding the weapon to his side, just moments after committing his crime.

Passers-by walk on, completely unaware of the horrific act that has just been committed.

Horrified witnesses claimed to have seen a machete-wielding man, and Louis Johnson slumped on the floor bleeding after the attack just after 4.30pm.

He died at the scene and was the first teenager to be murdered in the capital in 2020.