Over the weekend heavy rain and thunder should be expected for some areas along with chilly temperatures. However towards the middle of next week, “sub-tropical Atlantic” conditions will strike raising temperatures for parts of the country.

BBC weather presenter Ben Rich forecasted: “On Friday we find ourselves in a bit of a no-mans-land really between weather systems, one low to the east, one out towards the west.

“A northerly wind attempting to take hold but I don’t think it’s going to make an awful lot of progress but it is going to bring more of that slightly colder weather to northern and eastern areas and with that a lot of cloud as well.

“Sunnier skies for the south-west of England, Wales and Northern Ireland but with that sunshine again we’ll see some of those hefty showers getting going.

“With that northerly wind just 10 degrees for Aberdeen, 11 for Newcastle.” 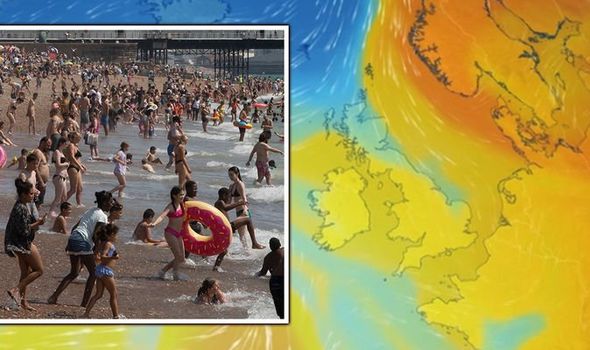 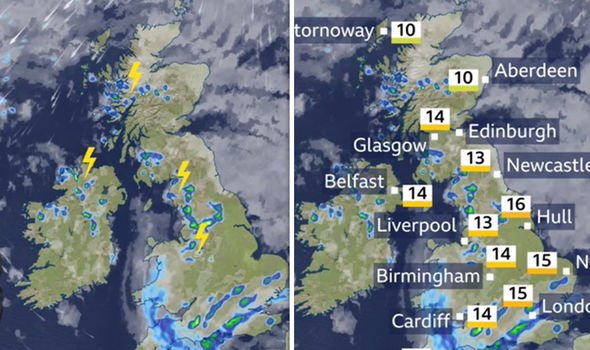 From Friday night a band of rain will push north-eastwards across the UK bringing some strong and thundery downpours.

Temperatures will fall to 11-14 degrees on Saturday though patches of sunshine will break through.

Sunday will also see a mixture of “heavy downpours and thunderstorms” along with sunny spells for some areas.

Most of the UK should see temperatures between 12 and 15 degrees. 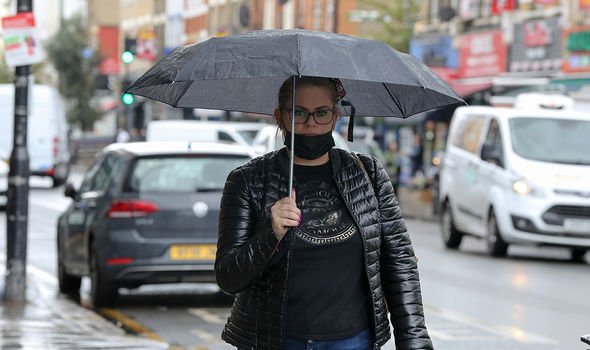 Heading into next week low pressure will keep unstable conditions in place.

“There will be quite a few showers around actually on Monday, still feeling relatively warm if you get any lengthy spells of sunshine.”

Heading through the week more unstable weather should be expected with both rain bands and warmer patches. 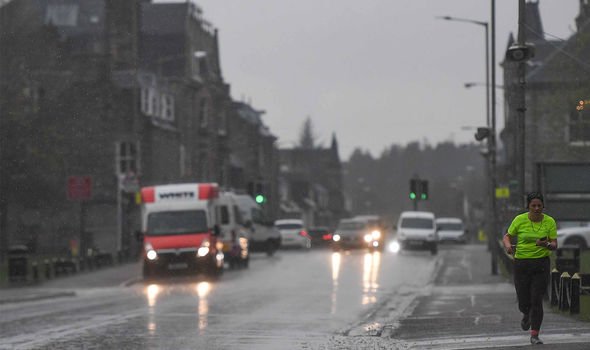 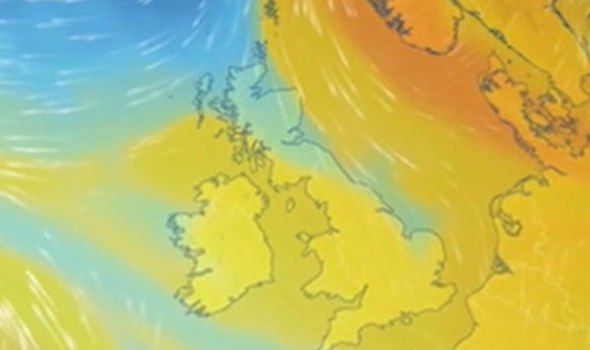 According to the BBC’s monthly outlook: “Around the middle of next week there is potential for a deeper low-pressure system to send some weather fronts into the UK from the west.

“This would bring some widespread bands of rain and stronger winds for a few days.

“There is still some uncertainly on how far north the low will be.

“There’s potential for some warmer air from the sub-tropical Atlantic to reach southern areas for a few days too, bringing temperatures briefly above average.

“We have high confidence it will be a cooler, wetter than normal week for most mixed with some sunny spells in the afternoons.”

However the BBC reports there is a 30 percent chance of high pressure moving west from Russia.

If this happens, we should expect warmer conditions with temperatures a little over average for the time of year. 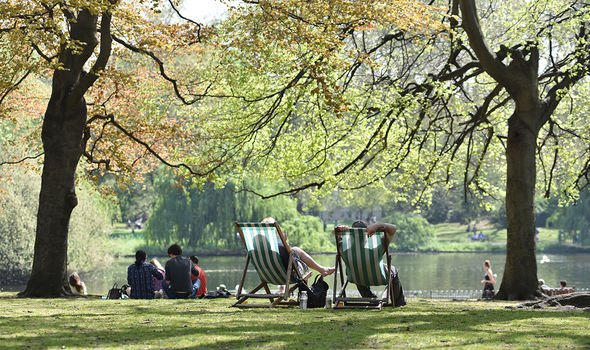 The BBC’s report states: “The main risk for the forecast is that high pressure in Russia shifts too far west and reaches Poland or Germany.

“This would send warmer air into the UK from the south, and while it would still be wet it would also be much warmer with temperature a few degrees above average.”

There are no Met Office weather warnings in place for the UK over the next week.
Source: Read Full Article