There were no handshakes or back-slaps as the curtain fell on the epic Ben Roberts-Smith defamation case, at 12.44 pm sharp in Sydney’s Federal Court on Wednesday. The soldier, as he had done for months, sat masked and unreadable in the back row of the courtroom, his parents Len and Sue nearby.

The judge, Anthony Besanko, quietly thanked the legal teams – including lawyers for the Commonwealth, which kept a gimlet eye on proceedings throughout to guard national security secrets – and uttered the words: “I reserve my judgment. Adjourn.”

Then the two opposing sides withdrew to their separate meeting rooms for a last debrief. And it was over.

It seemed an oddly muted end to hearings which have kept the nation transfixed for more than a year, with the airing of alleged war crimes by Roberts-Smith and some of his elite military brethren in Afghanistan, the exposure of his extramarital affair, bitter rivalries inside the Special Air Service and alleged attempts by the Victoria Cross recipient and his inner circle to intimidate witnesses and cover up evidence. Throughout, the former SAS corporal has denied all wrongdoing.

Whatever the judge’s final ruling – expected to be handed down in six to 12 months’ time – the case will endure as a legal landmark for decades to come.

University of Melbourne Law School Associate Professor Jason Bosland, director of its media and communications law research network, describes it as “the most significant defamation case in the history of Australian defamation litigation”.

“If Ben Roberts-Smith wins, then I think the damages payout will [set a new] record. On the other hand, if the media win, it will be very significant in terms of investigative journalism because the media will have succeeded on the truth defence, and historically that has been so difficult [for media outlets] to rely upon,” Bosland says. 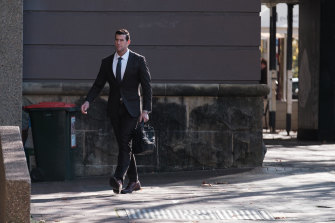 Ben Roberts-Smith outside the Federal Court in Sydney. Credit:Oscar Colman

He adds, “Of course, if they do succeed on truth, it will operate as a quasi-investigation into war crimes as well, which is also significant in and of itself”.

Few would wish themselves in the shoes of Besanko, who now has to sift through a mountain of evidence, elicited from more than 40 witnesses delivered over 110 days, to decide whether Roberts-Smith will forever be branded a man who murdered Afghan prisoners, bullied former comrades and struck his former lover. 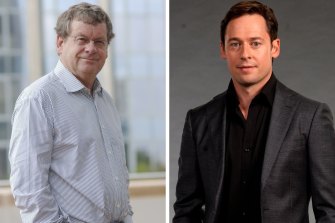 Nine’s newspapers, The Sydney Morning Herald and The Age, have taken the calculated risk of mounting a truth defence. That means their legal team, headed by Nicholas Owens, SC, had to convince the judge that the war crimes and other wrongdoing alleged by star investigative reporters Nick McKenzie and Chris Masters were, on the balance of probabilities, true.

But Roberts-Smith’s legal team, headed by Arthur Moses, SC, and Matthew Richardson, SC, have urged the judge to be rigorous in applying what is known as the Briginshaw standard.

This is an evidentiary principle derived from a 1938 divorce suit, which holds that even in a civil suit like this – with a lower standard of proof than in a criminal case – the court must take particular care in weighing the strengths and weaknesses of the evidence if there are grave consequences for those involved.

Moses ran hard on this in his summing up, saying the criminal allegations being made by the media outlets fell “at the very highest end of objective seriousness … [and] strike at the very heart of Mr Roberts-Smith’s morality and humanity”.

Underscoring this point, Moses added that “murderer” was “ordinarily a label … reserved for convicted criminals flowing from a criminal proceeding”.

He also pointed out that if the judge accepted all the evidence from the media outlets as to the five unlawful killings of unarmed prisoners that Nine alleges, this would implicate other soldiers –particularly the SAS witnesses known as Person 4 and Person 11.

Person 4 is said to have shot a prisoner at Roberts-Smith’s command at a village compound known as Whiskey 108 in April 2009, while Person 11 is alleged to have conspired with the Victoria Cross recipient to execute an unarmed man, Ali Jan, at the village of Darwan in late 2012. 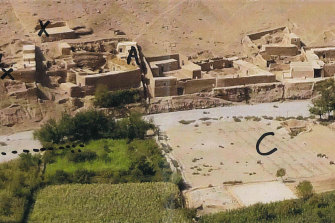 Exhibit in Ben Roberts-Smith defamation case, showing the village of Darwan. The “X” marked with “B” and an arrow is said to be the cliff from which a villager was allegedly kicked by Roberts-Smith. He denies the allegation.

Nine’s legal team, however, believes the war crimes case it has painstakingly built over the past year is strong enough to withstand the Briginshaw test. “Nothing left on the table,” is how one participant summed up the mood on the media outlets’ side this week.

University of Sydney professor David Rolph, a defamation law expert, said the law has “long recognised that in order to be satisfied that a fact is proven on the balance of probabilities you need to take into account the seriousness of the allegation”.

“Because the allegations are serious and hotly contested, it may be difficult for the publishers to establish truth – but not impossible.”

Moses has accused McKenzie and Masters of jumping like “salmon [onto] a hook” as soldiers within the SAS, jealous of Roberts-Smith’s military honours, peddled supposed lies and gossip to the two reporters.

But Owens, utterly rejecting this, emphasised that many of Nine’s critical witnesses had never had any contact with the journalists.

Indeed, some of the key witnesses summoned by Nine – particularly SAS troopers who were identified as Persons 24, 40, 41, 42 and 43 – were called by the mastheads’ lawyers only after they’d won access to a critical Defence department document known as a Potentially Affected Persons (PAP) notice.

The PAP had been confidentially issued to Roberts-Smith by the Inspector-General of the Defence Force in connection with a separate war crimes probe being conducted by the military. 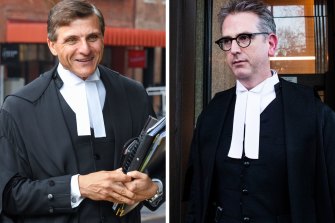 The gaining of access to the PAP – even in its highly redacted form – was a major turning point for the newspapers in the case.

The hearings have taken a heavy toll on some of the soldiers who gave evidence, as demonstrated by the occasionally distressed state of some in the witness box. Moses branded two of Nine’s witnesses as liars and perjurers, and says others are mistaken because of mental health conditions which distorted their memory.

But Owens says the media outlets’ witnesses are honest and reliable, and by contrast, has accused Roberts-Smith’s witnesses of collusion and cover-up.

Unpicking what occurred at Whiskey 108 is particularly complex because of the large number of SAS or former SAS witnesses who were involved in the operation that day. But essentially the media outlets’ case rests on one core proposition: that two Afghan men came out of a hidden tunnel there. Nine says the two men, who were taken prisoner, were soon afterwards executed unlawfully, one by Roberts-Smith and the second at his instigation with a story concocted to cover the deaths.

Roberts-Smith and his allies denied any men came out of a tunnel at all – Moses branding the Nine case a “mishmash”.

But Owens said while there may have been “differences of detail” among some of his SAS witnesses, there was “no plausible suggestion about how they might all have, as it were, come to have a collective hallucination in broadly the same terms about people coming out of the tunnel”.

Another evidentiary tussle turned on whether the media outlets should have summoned an Afghan soldier known as Person 12 to give evidence. Person 12 was a senior Afghan officer who is said to have ordered the execution of another unarmed detainee at Chenartu, in Afghanistan, in late 2012, under pressure from Roberts-Smith.

Citing a precedent in a case known as Jones v Dunkel, Moses said Besanko should draw an adverse inference against Nine because of its failure to call Person 12. But Owens said the officer could equally have been called by Roberts-Smith’s side.

Nine is confident it has closed its case in a strong position, thanks to the additional evidence turned up by months of patient sleuthing.

Should it fail, Bosland says a record payout could flow if the judge grants aggravated damages – imposed where a court finds “improper or unjustifiable” conduct by the respondent.

The domestic violence allegation has a separate defamatory “sting”, Roberts-Smith’s lawyers say. They’ve argued that the conduct of his ex-lover, Person 17, was overall inconsistent with his having struck her. But Nine says she is truthful, and emphasised the power imbalance between the pair.

While the Defamation Act was recently reformed across much of the country, the Roberts-Smith litigation is being fought under older laws that imposed fewer restrictions on the size of damages payouts. Under those provisions, a cap on general damages for non-economic loss – currently fixed at $443,000 – ceased to apply if aggravated damages were also awarded.

Roberts-Smith is also claiming special damages, to cover the career opportunities he said evaporated as a result of the case. (Actor Geoffrey Rush holds the current record for the highest defamation payout to a single plaintiff in Australia at $2.9 million).

The long-overdue changes to defamation law will provide investigative journalists with a new public interest defence in future, if publishers can establish they “reasonably believed” publication of material was in the public interest. The defence remains untested.

But in facing off against the onetime war hero under the older law, Nine is having to jump a high bar.

The next few months will be a long and agonising wait, for both sides.