Berlin’s police chief has apologised after officers were pictured doing press-ups on part of the capital’s memorial to the six million Jews killed in the Holocaust.

Pictures published by Berlin’s BZ tabloid showed uniformed policemen leaning on one of the concrete slabs that makes up the memorial as if training in the gym.

The newspaper said they were stills from a video apparently taken by the officers themselves on a mobile phone during a holiday weekend in May when they were deployed to the area because of demonstrations. 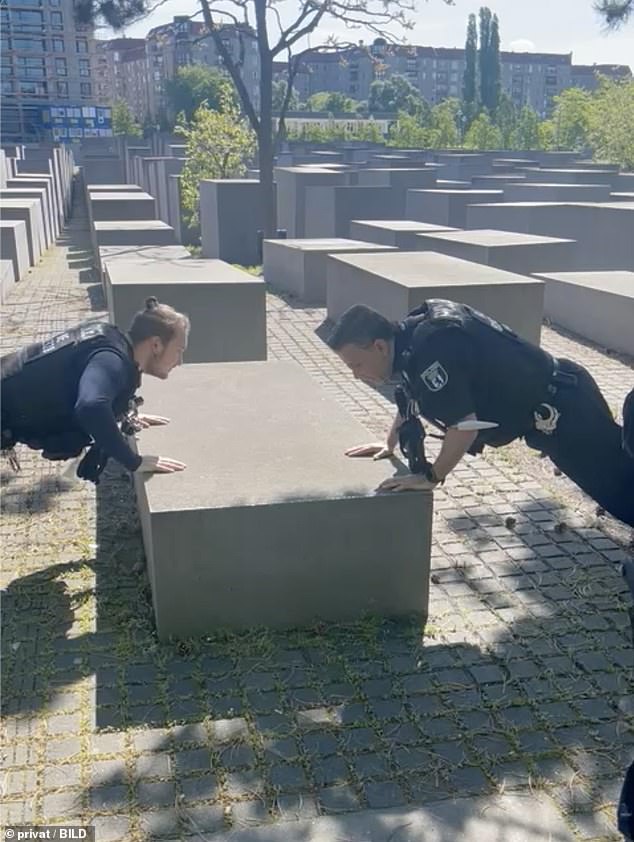 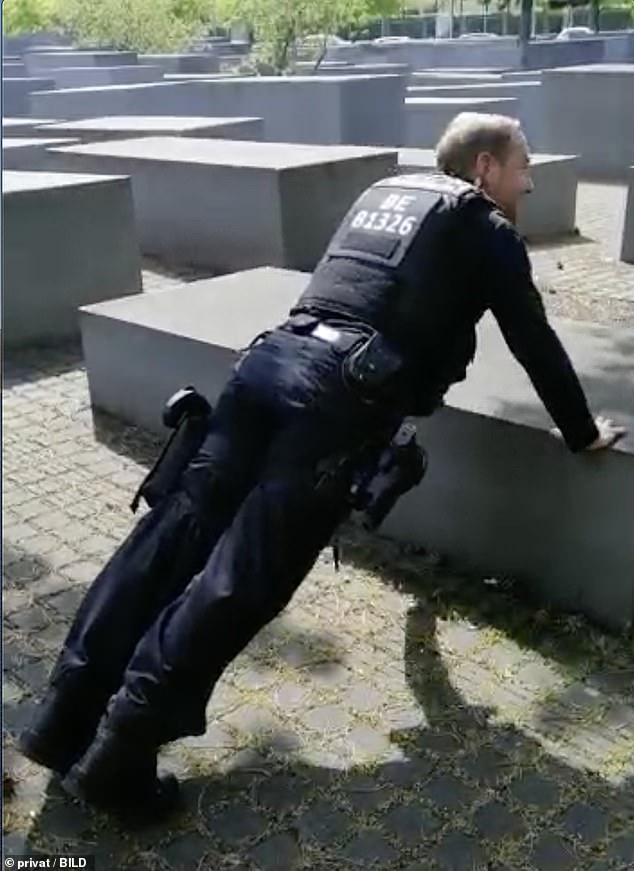 The memorial, a field of 2,700 grey concrete slabs near the Brandenburg Gate, is open around the clock and is not surrounded by any barriers.

Visitors are supposed to refrain from activities such as running and jumping from one slab to another.

Berlin police chief Barbara Slowik said the force would examine the incident internally and apologised to the Jewish community.

‘The colleagues’ behaviour disrespects what this memorial stands for and also offends the memory of those who were murdered,’ Ms Slowik said.

The GdP union, which represents police officers, also apologised and condemned the ‘tastelessness’ of the officers’ actions, adding that there must be ‘consequences’ for those involved.

‘The Holocaust memorial is not an adventure playground,’ it said.

Lea Rosh, 84, chairman of the memorial’s support group, told BZ that she was appalled: ‘This is unheard of.’

And Uwe Neumärker, director of the memorial, told the paper: ‘Our cooperation with the Berlin police runs smoothly and trustingly. I am all the more stunned.

‘The Holocaust and the crimes of National Socialism should be a focus of the training of prospective civil servants.’

The memorial, officially known as the Memorial to the Murdered Jews of Europe, was designed by architect Peter Eisenman and engineer Buro Happold.

The slabs vary in height and are organised in rows, 54 of them going north to south, and 87 heading from east to west at right angles, but slightly askew. 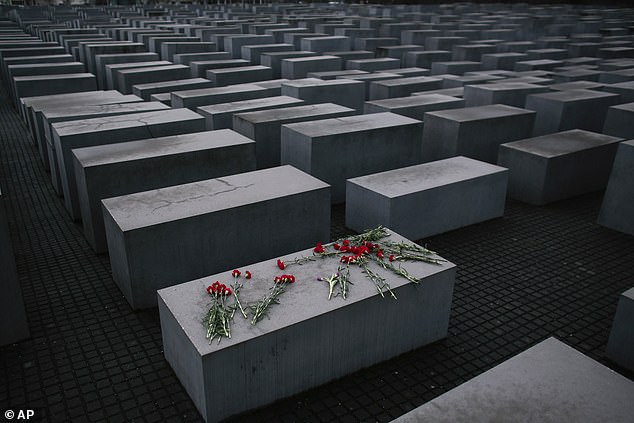 Opened in 2005, the Holocaust memorial comprises 2,711 concrete slabs or ‘stelae’ arranged in a grid pattern on a 200,000 sq ft sloping field

The construction cost more than 25 million euro and is often visited by tourists, school children and foreign dignitaries.

Eisenman said of his design: ‘The project represents the instability inherent in a system with a seemingly rational structure and the potential for its gradual dissolution.

‘It makes it clear that an ostensibly rational and orderly system loses touch with human reason when it becomes too large and grows beyond its originally intended proportions.

‘Then the seemingly ordered systems begin to uncover their own disturbances and chaos potentials, and it becomes clear that all closed systems must fail with a closed order.’

Many observers have compared it to a cemetery, with the rows of slabs looking like coffins arranged for burial.

Others say that the massive slabs among which the observer stands, give an overwhelming and isolating experience in which the sounds and sights of Berlin are blocked out.