THIS is the shocking moment two neighbours bicker over a fence – as a fire lays waste to their gardens.

In a scene straight out of Monty Python, the two families point and shout at each other as their properties go up in smoke. 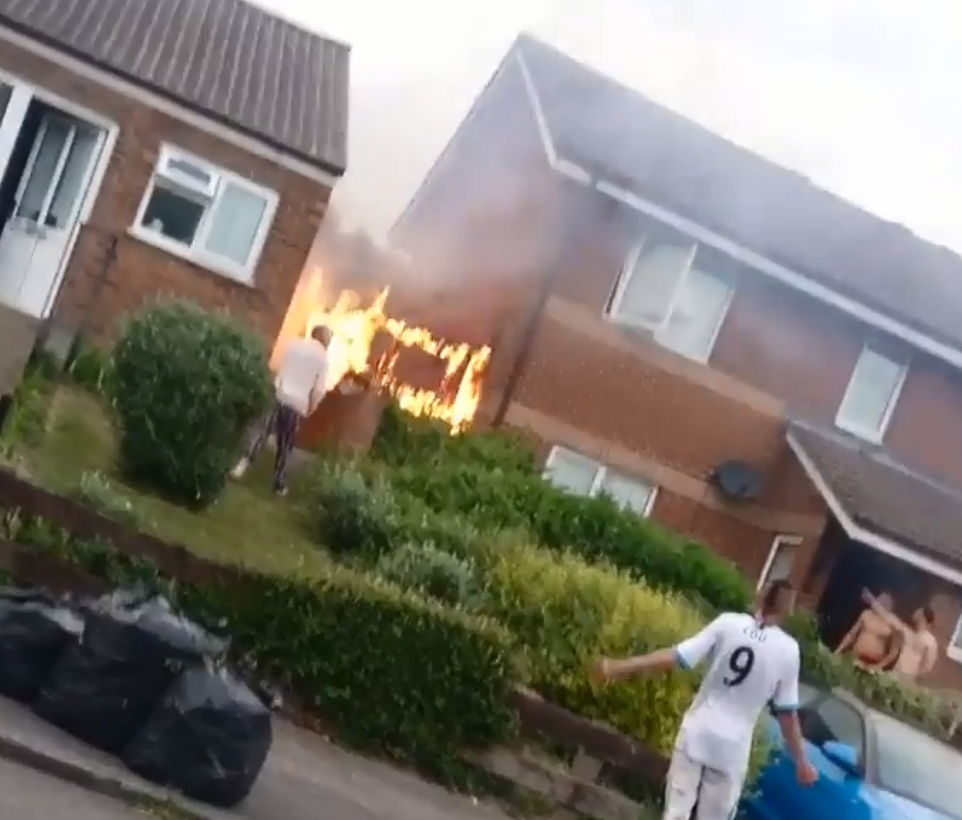 A woman from one house can be heard yelling "that's your fault" as the fire takes hold.

She fumes "don't just stand and watch" as her neighbour throws insults back.

A team from Kent Fire and Rescue Service extinguished the blaze at 8:20pm.

Crew battled for 20 minutes to bring the inferno under control.

Local Ansis Valdmanis filmed the fire and argument on video and posted it on the Facebook group Medway Misérables.

He said: "I was driving my motorbike when I saw this smoke above the house roof. My first thought was that the actual house was on fire.

"When I drove a bit closer I realised that the fence between two properties was burning and the old lady was blaming her next door neighbour.

"She was shouting, ''It's all your fault, don't just stand there and do nothing''.

"Then two fire brigades arrived and got everything under control."

"There were no reported injuries and the cause isn’t known."