Black NHS nurses are ‘petrified’ they will be sent back to the Covid frontline without adequate protection or risk assessment during the second coronavirus wave.

Equality 4 Black Nurses, a nurse-led organisation has conducted a survey that found that almost a a third (32%) of black nurses were not supplied with adequate personal protective equipment (PPE) during the peak of the first wave.

However, a separate survey of nurses from all ethnic backgrounds in April revealed two thirds said they weren’t getting adequate PPE.

The new findings come after a comprehensive analysis published in the Lancet medical journal found that people of black and Asian ethnic backgrounds are up to twice as likely to be infected with Covid-19 compared to white individuals. 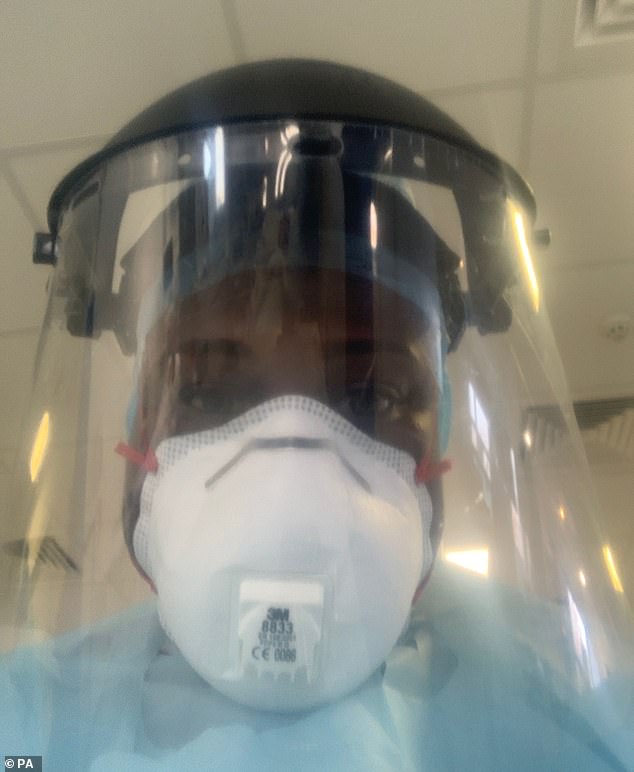 The survey found that a third of black nurses were not supplied with proper PPE during the first wave. Pictured Equality 4 Black Nurses founder Neomi Bennett

Equality 4 Black Nurses’ survey also revealed that 89% of black nurses had experienced incidents of racial discrimination in the workplace.

The organisation’s founder Neomi Bennett said she was concerned that stresses caused by the pandemic were ‘bringing racial inequalities to the surface’.

She said she was ‘deeply concerned’ for the safety of ethnic minority health workers over the coming months and that proper risk assessments had not been put in place to ensure their safety.

She said: ‘Black nurses seem to be feeling the ripple effect of Covid-19.

‘A lot of the nurses that we’re supporting are nurses that have just survived the first round of Covid and now they’re having to prepare to go into a second wave and their employers have not always put risk assessments in place.

‘There’s no support for the teams. A lot of the nurses are petrified.

‘It’s really easy to scapegoat people within the organisation and it definitely seems like black, minority ethnic and Asian nurses seem to be the target.’ 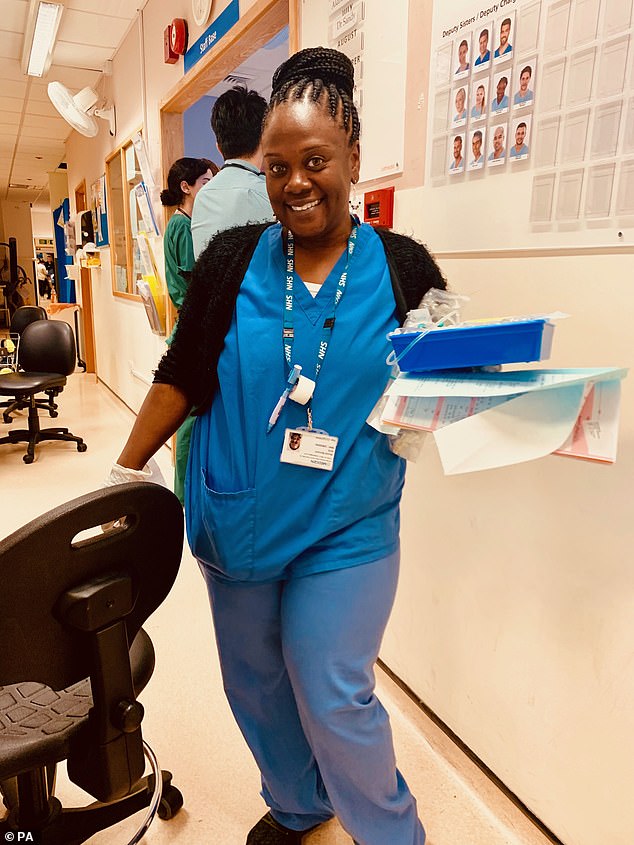 Ms Bennett, 47, who was awarded the British Empire Medal for services to nursing, was wrongfully arrested in April 2019 and has begun legal proceedings against the Metropolitan Police on the grounds that she had been racially profiled.

She added:’It’s absolutely shocking, the way in which black nurses are being treated in the health care system at the moment.

‘There needs to be more support to help all the healthcare (workers) and there’s definitely some hostility still being directed towards black and minority ethnic workers.

‘The stresses of the pandemic are bringing inequalities to the surface.’

Ms Bennett also highlighted several cases in which black nurses had felt disproportionately disciplined, including one woman who was placed under investigation after going to a shop wearing her nursing uniform under her coat.

Data from the Nursing and Midwifery Council shows that in 2019-20 of the 242 referrals of black nurses to disciplinary boards, 62% (150) resulted in a ‘no case to answer’ verdict. ‘We are always glad to see new initiatives emerging to support this.

‘While work is going on to improve staff experience, inclusion and representation across the NHS, we know more is needed – as the Covid-19 response has highlighted – and that this will need to be a key aspect of the work the NHS undertakes to achieve the ambitions of the People Plan.

‘In terms of our own work, we have also worked with various regulators and research organisations to help provide insights into the experience of BME staff operating in the NHS.

‘We look forward to hearing more about the Equality 4 Black Nurses campaign’s work as it develops.’

But Ms Bennett has stressed that more immediate action needs to be taken.

‘The Government needs to address this now,’ she said.

‘There’s lack of protection (from the virus) and we also have the added problem of racial discrimination.

‘Under the circumstances, this is our life-and-death situation so it needs to be taken very seriously.’