A VIRAL video allegedly shows a boat going up in flames after the passengers harassed another vessel flying pride flags.

The video was posted to TikTok and Twitter on Sunday claiming to show a boat carrying two men and one woman circle a family on Moses Lake in Washington. 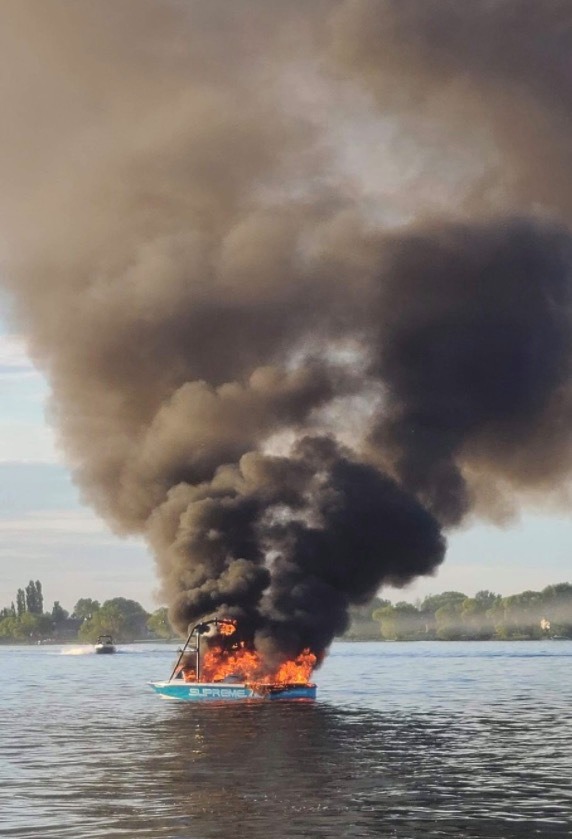 The post claims that the trio flipped the finger and shouted gay slurs at the family before beginning to speed around their boat in an intimidating manner.

The video cuts out and resumes again with the hecklers' boat allegedly in flames as the three burned passengers swim toward the family they were formerly harassing.

It is not clear what lead up to the incident.

Police in Washington state is seeking information on the incident after the post went viral over the Memorial Day weekend. 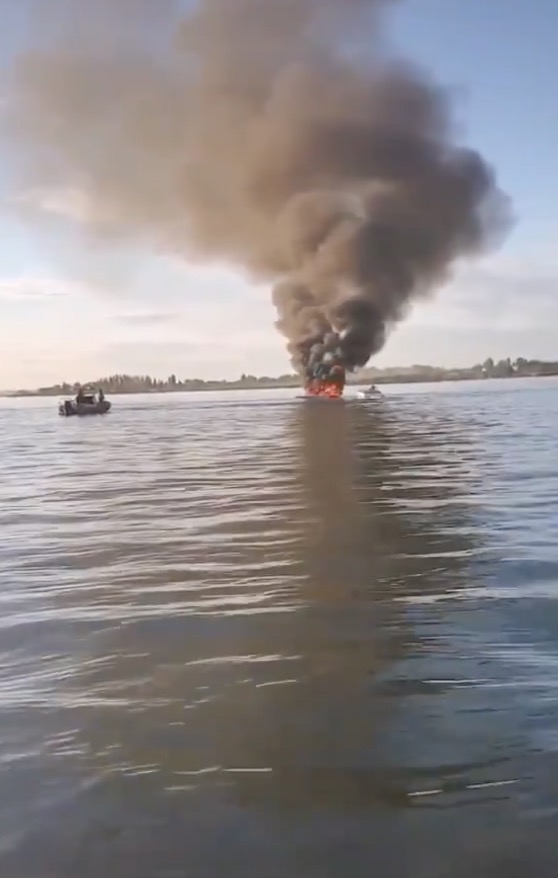 Grant County Sheriff’s Office confirmed that it had seen the video and responded to the boat fire on Sunday.

Yet it said that it still wished to speak to the passngers on the boat waving pride flags to establish whether a further crime had been committed.

“As of right now, we are trying to make contact with the occupants of the vessel being circled so we can interview them to find out what happened," Sheriff Tom Jones said in a statement.

"We would like to know more, and once we can interview people, we will be able to know more without relying solely on a brief video.”

One of the people on the pride boat identified himself only by the nickname Robbie in an interview with Buzzfeed.

He said that he, his girlfriend, his brother, and his brother's partner were all on the boat when the other group spotted their LGBTQ and transgender rights flags. 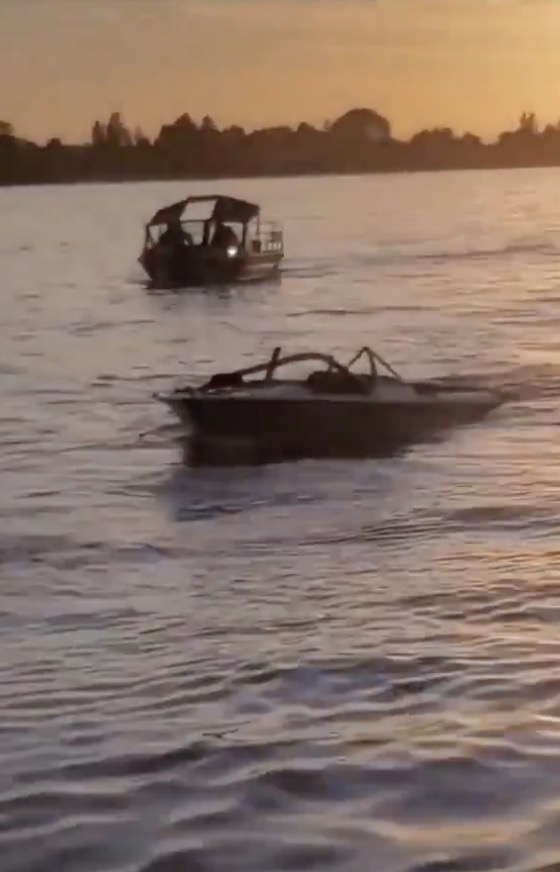 “Then the boat quickly made a sharp turn back towards us and went around us,” Robbie told Buzzfeed.

“I then again personally heard someone shout what I thought to be the word ‘gays,’ so I asked my brother to pull out his phone and blatantly start recording in hopes that it would avoid conflict if they noticed.”

He said that the boat continued to donut around them and churned up the water yet their vessel exploded as they tried to then speed away.

“They then attempted to speed away as they left a large cloud of smoke surrounding the area we occupied,” Robbie told Buzzfeed News.

“After a moment, we heard a loud backfire, and a sputter comes from the boat. Though I could not see the boat, in the direction, I could see a cloud of black smoke rising quickly.”

The hecklers were plunged into the water where Robbie's family rescused them and brought them onto their boat as they called emergency services.

In another video posted on social media, Robbie claims that the hecklers did not even thank them after they rescued them from the water. 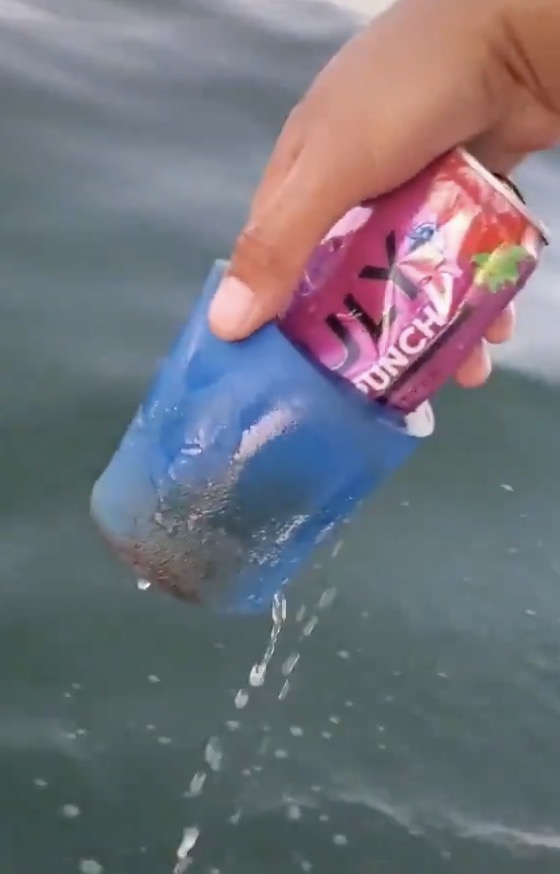 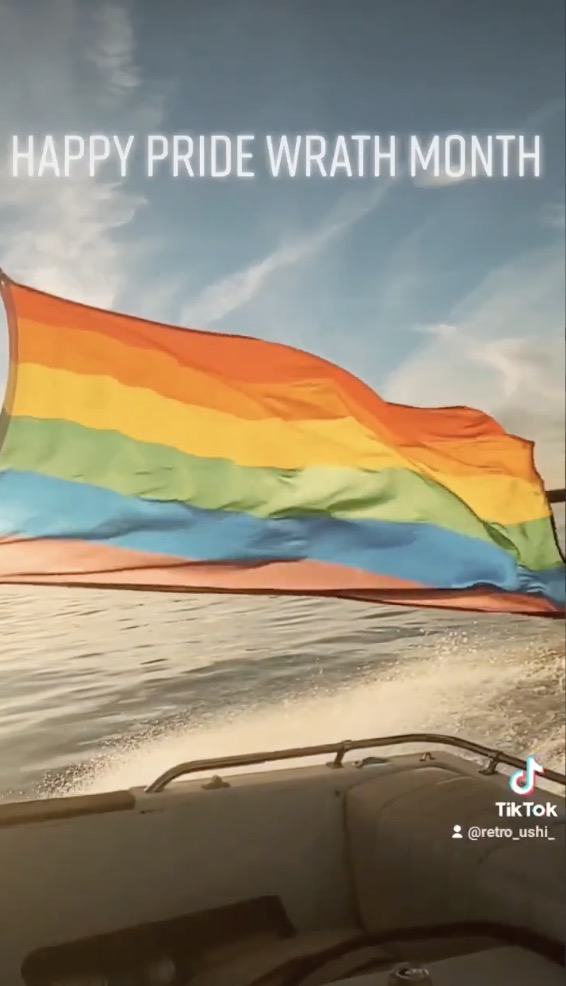 In a video of the trio on the pride boat, a woman is heard screaming as a man tries to calm her down.

Robbie and his family can be heard grumbling about the lack of thanks before calling the group "b*****s" as a rescue team brings them back to shore.

Robbie said on TikTok they “got them out of the water immediately.”

“We were nicer than they were," he added.

The video also appears to show the family telling the first responders about the manner in which the group had been harassing their boat.

It finishes with them pulling cans of alcohol from the water from the burnt-out boat as it floats away.

A video posted on Tuesday showed the family flying their pride flags again as they returned to the lake.

Authorities said that they responded to the incident at 7.45pm local time and extinguished the fire.

They towed the remains of the boat back to shore.

The sheriff's office said the cause of the fire was not yet known.

The boat owner and his passengers received burns but refused medical treatment, the Sherriff added.