Prepared to be a hated PM? I’m well accustomed to it! Boris says his ‘thick skin’ means he’s fine with the abuse he expects if he wins Tory leadership race

Boris Johnson last night said he is prepared to be hated if he wins the race to become the next prime minister.

Suggesting he would be willing to make unpopular decisions, the Tory leadership frontrunner said he was accustomed to being disliked and he had a ‘thick skin’.

During the latest leadership hustings, Mr Johnson was asked whether he was ‘prepared to be hated’.

He replied: ‘Prepared? I am almost well accustomed to it – believe me, you need a thick skin in this business.’ 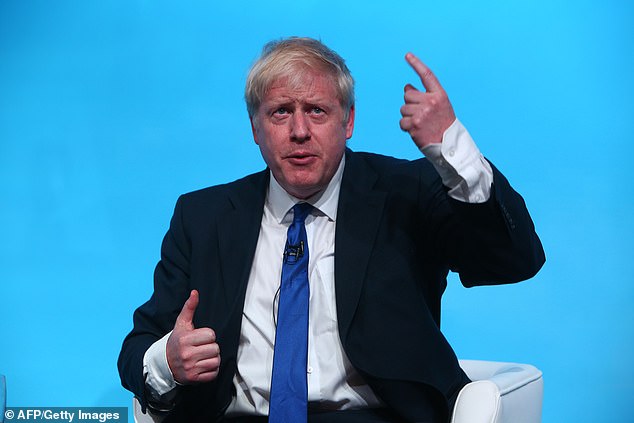 Mr Johnson told the audience he would not do deals with other parties, and again refused to rule out suspending Parliament to push through a No Deal Brexit on October 31.

His comments came as Theresa May was warned not to pack the House of Lords with her own cronies when she leaves Downing Street.

A cross-party committee of peers warned that it would be a mistake for the Prime Minister to hand out a slew of peerages as she resigns. The Lord Speaker’s committee on the size of the House praised Mrs May for showing restraint in appointments during her time in No 10. But it called on her not to undo progress towards its target of slashing the number of peers to 600 as she steps down.

In a report published yesterday, the committee found the number of peers has fallen from 823 to 778 over the last two years. Some 26 members left the House during the past 12 months, with only six new members joining.

The committee wrote that they ‘welcomed the continued progress’ but gave a warning about how this could be impacted by the ‘imminent change of prime minister’.

The committee also called on Mrs May’s successor – either Mr Johnson or Jeremy Hunt – to keep to a minimum the number of peers they create. 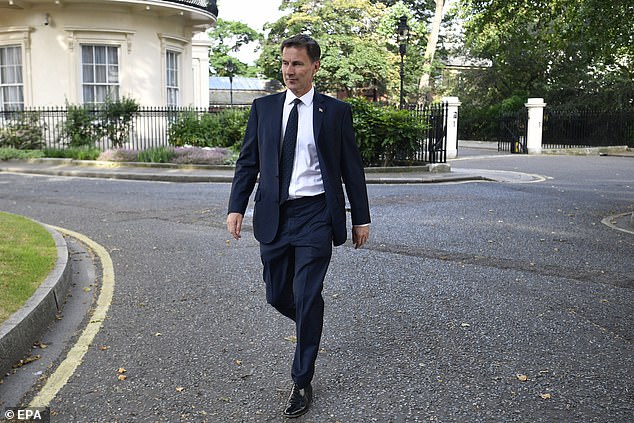 In 2016, David Cameron created 13 new Tory peers and handed honours to a further 46 aides, advisers and ministers as one of his final acts as prime minister.

Mr Johnson’s remarks, made at a hustings held by the Daily Telegraph, also came as a survey for the newspaper found Labour is now leading the Tories in the polls.

The ComRes survey put Labour three points ahead of the Tories if there was an election tomorrow – but reversed the results if Mr Johnson were to become the next Tory leader, with his party polling at 32 per cent and Labour on 25 per cent in that scenario.

If Jeremy Hunt becomes leader, the poll suggested the Tories and Labour would be tied, each holding 27 per cent of the vote.

Despite this, a majority of those polled believe Mr Hunt would be the better prime minister. He drew 58 per cent of those questioned compared to Mr Johnson’s 48 per cent – although a similar proportion think Mr Johnson would be the man best placed to defeat Jeremy Corbyn’s Labour.

Almost two-thirds (64 per cent) think Mr Johnson is the better prospect to deliver Brexit in the autumn, compared to 36 per cent who think the same for Mr Hunt.

More On: 50 cent 50 Cent had to redo NYE countdown due to wild club crowd Madonna claps back at

More On: 50 cent 50 Cent had to redo NYE countdown due to wild club crowd Madonna claps back at