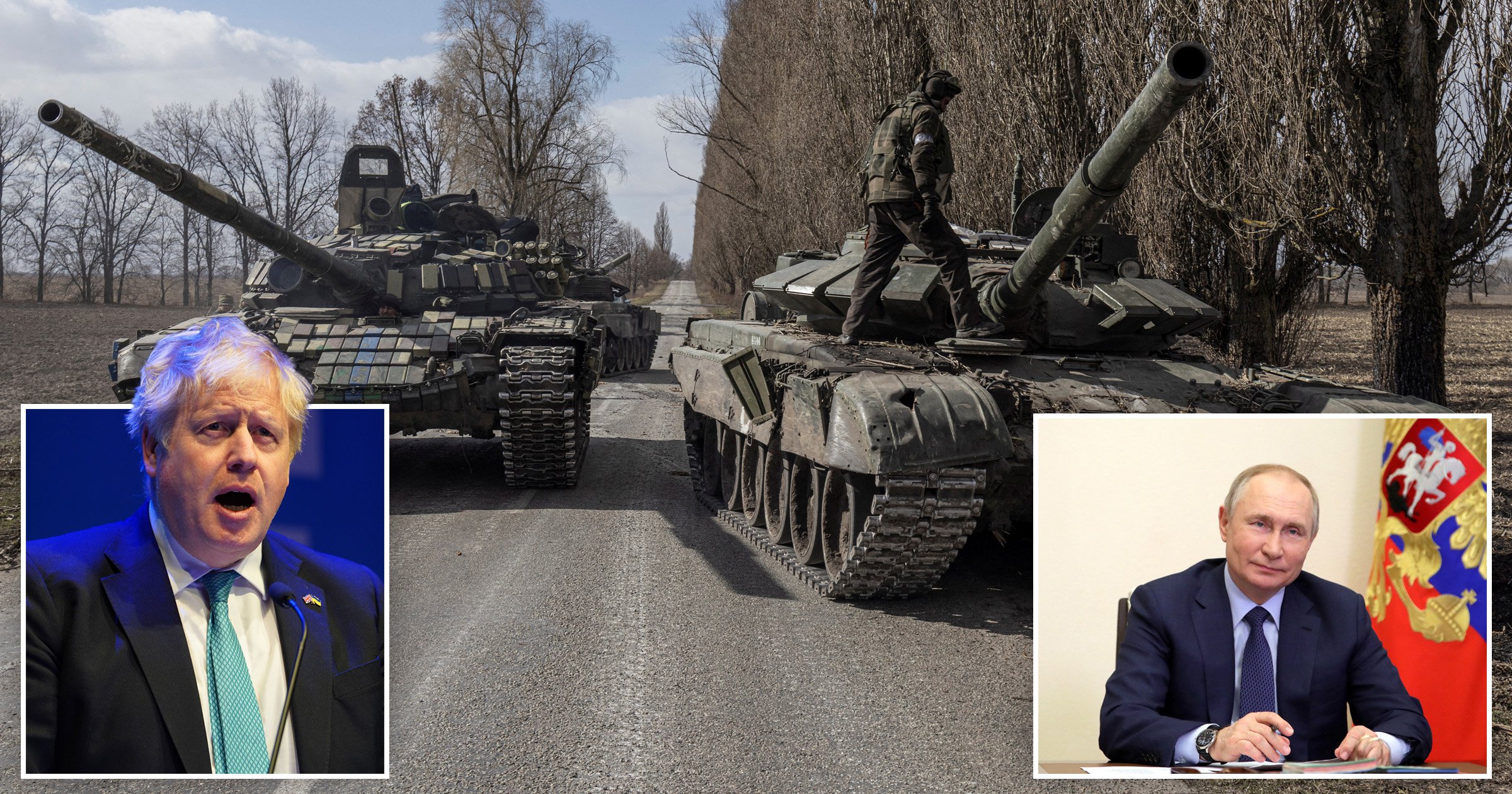 The Prime Minister warned that Russia is still a major threat to Ukraine despite failing to secure the quick victory expected by many.

Russia announced today that it would look at ‘scaling back’ operations in Kyiv, after progress was seemingly made during peace talks in Turkey.

But Johnson later said Vladimir Putin could still ‘twist the knife’ to cause more death and destruction in Ukraine.

The UK’s Chief of the Defence Staff, Admiral Sir Tony Radakin, said Britain twas preparing to enter a ‘new phase’ of supporting the embattled country as it tries to take back occupied land.

Johnson’s spokesperson said the Government was looking at ‘all possible options’ to supply Ukraine with the right equipment while avoiding any ‘escalatory effects’.

He also warned Putin that a ceasefire alone would not be enough to justify the West lifting its sanctions on Russia.

The comments came after this week’s regular meeting on Ukraine, held by senior ministers at Number 10. 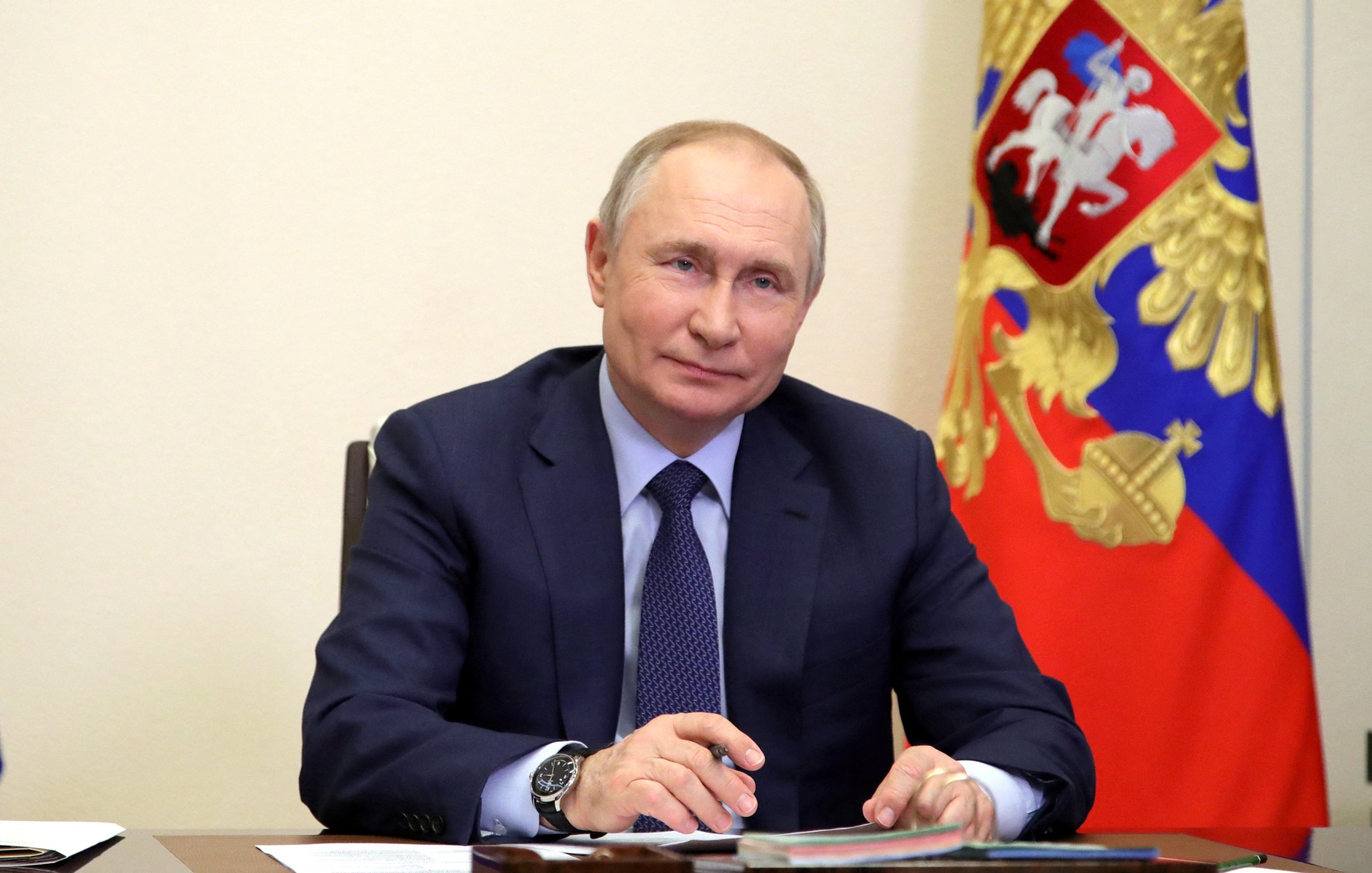 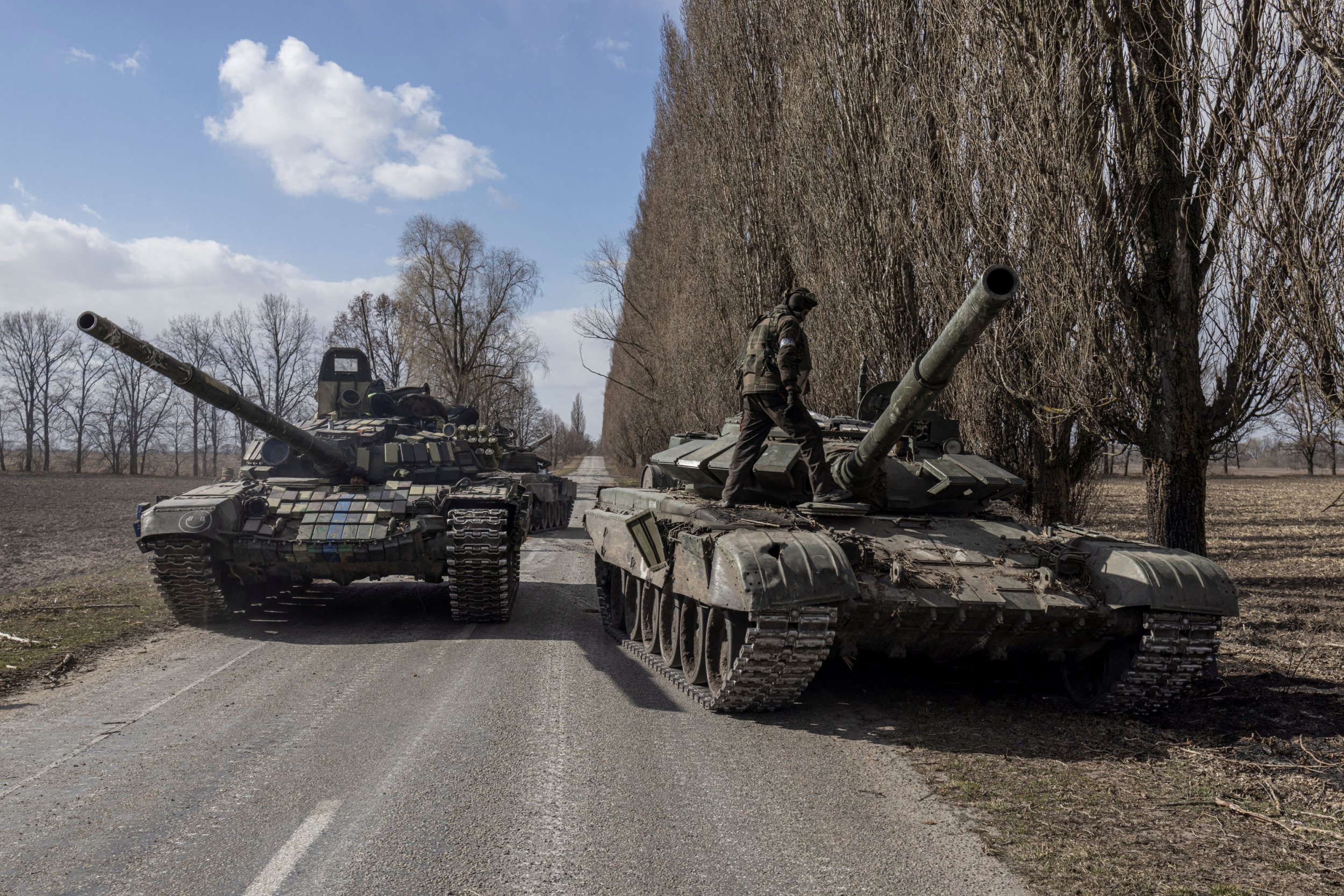 On the same day, Transport Secretary Grant Shapps confirmed the Government had detained a £38 million superyacht belonging to an unnamed Russian businessman.

UK officials boarded the 58.5 metre-long Phi as it was moored in Canary Wharf in London’s docklands on Tuesday.

Shapps said: It’s just another indication that we will not stand by whilst Putin’s cronies are allowed to sail around the world in these kinds of yachts and people in Ukraine are suffering.’

Russia was expected to deploy 1,000 mercenaries from the notorious Wagner Group to join combat operations in eastern Ukraine overnight, according to British military intelligence.

The private military company – which is already the subject of UK sanctions – had already reportedly been tasked, so far unsuccessfully, with tracking down and assassinating President Volodymyr Zelensky.

Officials used the move to slam Putin, telling him the move had an ‘element of desperation’.

One said: ‘They have a fearsome reputation but that is often for not adhering to the rule law and the law of armed conflict.

‘If you are reaching for a thousand Wagner troops thinking that is going to be crucial to succeeding in operations in the Donbas, it should give pause for thought as to how capable your broader force is.’