Home » World News » Box office receipts rose 70% in 2022. Is a recovery to pre-pandemic levels next?

The box office climbed back from steep pandemic losses in 2022, but recovering to 2019 levels is the industry's next challenge to clear in the new year.

According to data from Comscore, the domestic box office brought in an estimated $7.29 billion through December 26, representing a roughly 70% year-over-year increase but still 30% below pre-pandemic levels when total North American ticket sales hit $11 billion.

Shares of AMC (AMC), IMAX (IMAX), and Cinemark (CNK) have fallen roughly 85%, 25%, and 50%, respectively, this year as media stocks shed a whopping $500 billion-plus in value over the past year. (AMC, of course, is in a slightly different bucket due to its prominent role in the meme stock collapse.)

Still, there is hope among analysts that next year's more beefed-up release schedule will help close the gap after COVID-induced production delays pushed a significant number of titles into the new year.

"The lesson learned is if you build it, they will come," Comscore senior analyst Paul Dergarabedian told Yahoo Finance Live, noting there were around 40 fewer wide releases in 2022 compared to pre-pandemic times. "When the movies were out there in the summer, we saw the box office explode. But there weren't as many films in the post-summer period."

Robbins said more mid-range films, or movies that perform in the $50 million to $175 million range, coupled with more family-friendly content, will help buoy ticket sales with more than 100 wide-release films set for next year.

He said sequels like "Fast X," "Shazam! Fury of the Gods," "Transformers: Rise of the Beasts," "Dune: Part Two" "Creed III," "John Wick: Chapter 4," and the "Hunger Games" prequel will all likely land in the upper end of those ranges, possibly higher.

"It's hard to say that we'll have another movie as big as 'Top Gun Maverick,' but the flip side of that coin is I think we'll have more films that perform in that $200 million to $400 million range," he said.

"Top Gun: Maverick" shattered a 15-year record after it debuted to much fanfare over the Memorial Day Weekend holiday. The Tom Cruise-led sequel was highest grossing film of the year, securing $1.5 billion globally.

The film went on to become the number one digital release of all time on OTT streaming platforms before officially debuting on Paramount+ on December 22.

But not every film released in 2022 has been an immediate box office success story.

Disney's (DIS) "Avatar: The Way of Water" secured just $134 million in domestic markets over its three-day opening weekend, missing expectations and sending Disney shares to their lowest level since March 2020.

Despite the miss, the film recovered nicely in its second weekend over the long Christmas holiday before it officially crossed $1 billion in global tickets 12 days after its debut — the fastest movie of the year to soar past the highly-regarded industry benchmark. "Top Gun Maverick" and "Jurassic World: Dominon" were the only other films to cross that $1 billion milestone this year.

"My biggest cautionary tale with this movie has been to play the long game," Robbins said. "There's always an immediate urge to qualify a movie's opening weekend. In a lot of cases, that's possible, especially with front-loaded franchises like Marvel or Star Wars. James Cameron's films have never been that way." 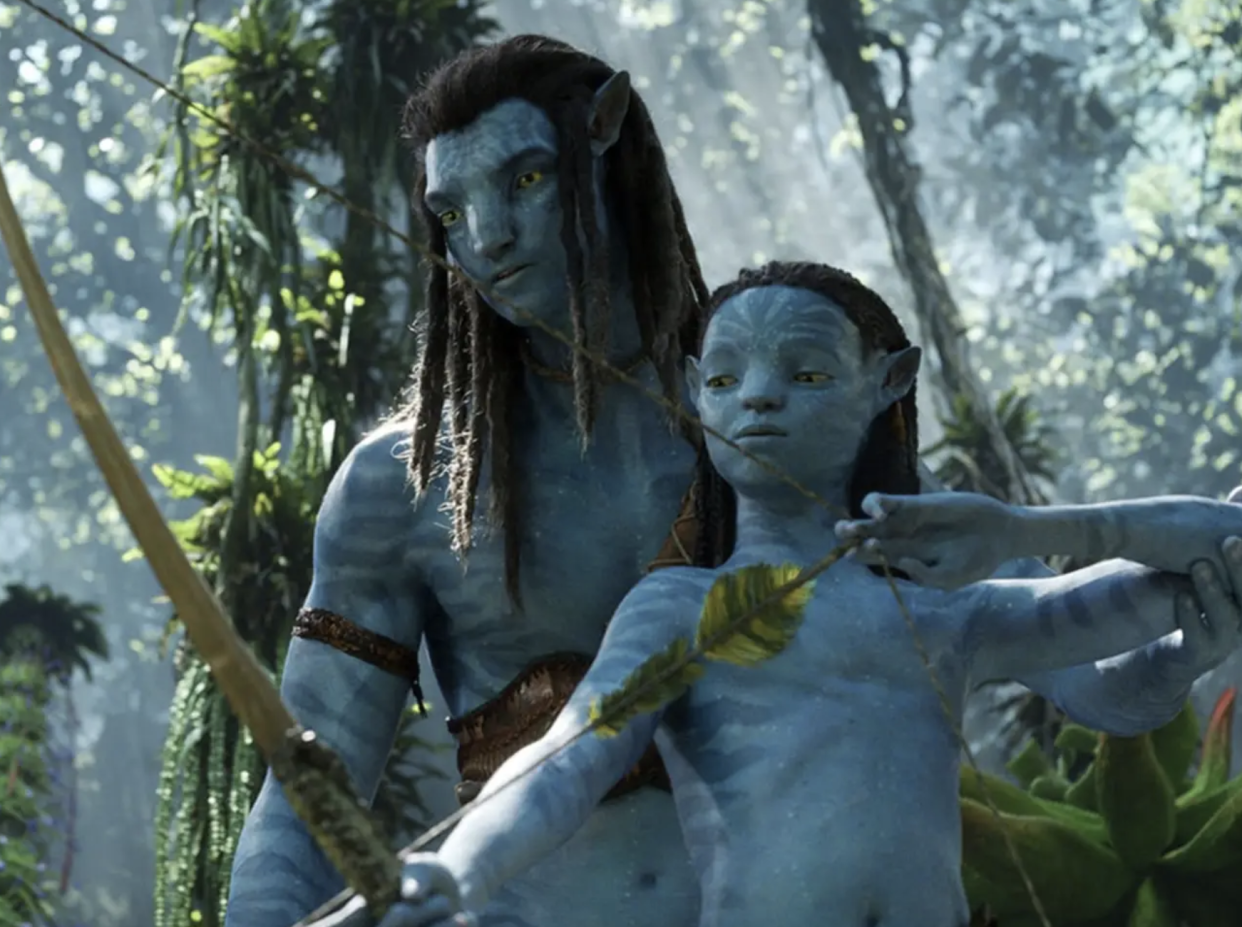 The analyst noted the film has faced added complexities due to the strong preference to see it in premium formats, like IMAX, which have a limited theatrical supply compared to the overwhelming demand.

IMAX announced on Tuesday the sequel had earned $105.5 million in IMAX global box office in less than two weeks — the fastest film to hit the $100 million mark in IMAX since April 2019 (and only the ninth film to reach that milestone in its history).

"'Avatar: The Way of Water' is showing the strong endurance at the global box office we expected, particularly with its phenomenal performance internationally where several key markets grew their grosses over opening weekend," IMAX CEO Richard Gelfond said in a press release.

The film, largely expected to benefit from a rare China release, has faced recent challenges as China's box office slows amid a severe spike in COVID-19 cases. Still, according to IMAX, the company pulled in $26.5 million in China box office receipts, representing about 25.5% of total grosses in the country on 1% of screens.

Streaming companies have slowly begun to embrace the theatrical window, with high-powered Hollywood executives arguing that the box office has become an essential stop for films looking to turn a profit.

"The debate is over," IMAX's Gelfond previously told Yahoo Finance Live. "The argument that you can skip a theatrical window and make up for it on streaming just isn't true. The theatrical window is more essential than ever to get the streaming revenue."

Gelfond referenced deep streaming losses from the likes of Disney, which saw its direct-to-consumer division shed a whopping $4 billion-plus in its fiscal 2022, which ended on October 1, while other media giants like Warner Bros. Discovery (WBD) and Paramount Global (PARA) have also struggled with profitability.

Netflix (NFLX), which has been largely resistant to a box office partnership, released "Knives Out: Glass Onion" in select theaters over Thanksgiving week as co-CEO Reed Hastings admitted the streaming giant left "lots" of money on the table after it refused to commit to a wider release.

"It’s a promotional tactic like film festivals, and if it works well we will do more of it," Hastings said at the New York Times Dealbook Summit last month. "We are not trying to build a theatrical business, we are trying to break through the noise."

According to industry estimates, the film secured about $13 million in domestic markets — despite only playing for one week in some 600 theaters. To compare, a typical blockbuster plays in roughly 3,500 theaters for at least 45 days.

Box Office Pro's Robbins suggested the theatrical success of "Glass Onion" points to a "watershed moment for the relationship between Netflix and all streamers and exhibitors."

"If anything is going to move the needle, it's going to start here with this movie," he added.

Netflix co-CEO Ted Sarandos, however, downplayed the decision, telling investors on the company's third quarter earnings call: "We are in the business of entertaining our members with Netflix movies on Netflix, so that’s where we focus all our energy and most of our spend." 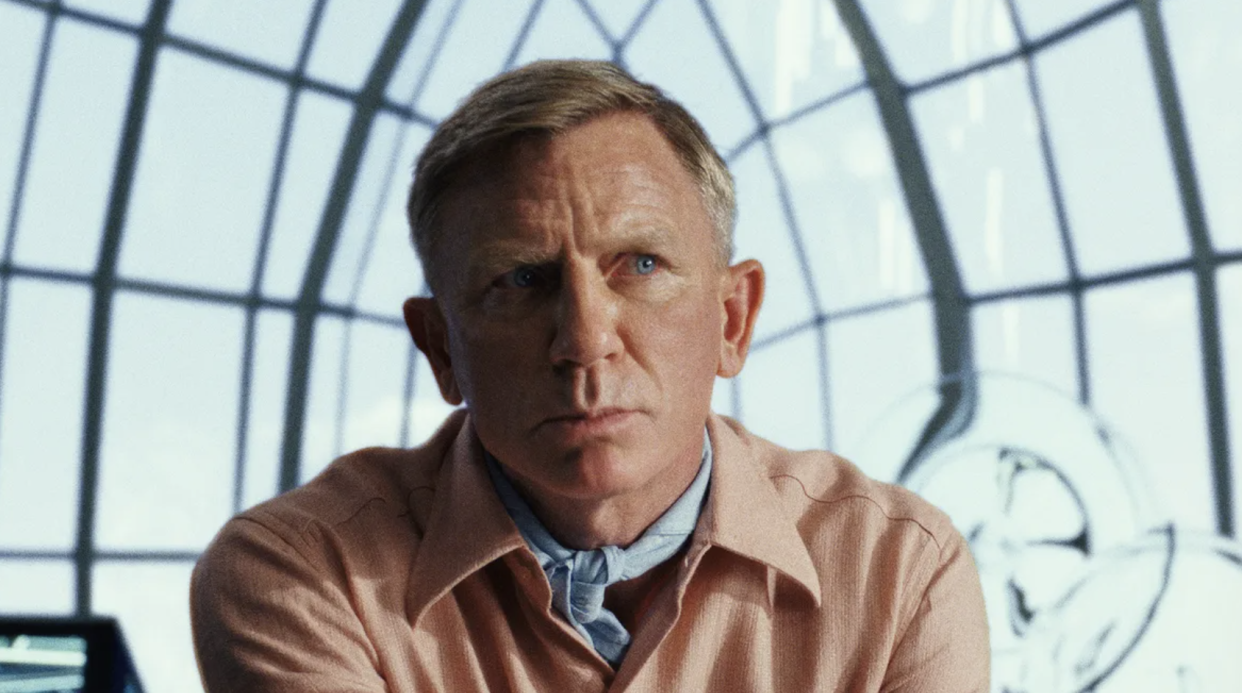 Tech behemoth Amazon (AMZN), which closed its $8.5 billion deal to acquire MGM earlier this year, will also sharpen its focus on theatrical releases, reportedly investing $1 billion to produce 12 to 15 movies a year exclusively for theaters.

"Much will come down to what kind of content Amazon produces, how long their windows will be, and how heavily it may lean on IP versus original material, but this is still resoundingly good news for theater owners and Hollywood," Robbins said at the time of the announcement.

"Now that streaming has begun to mature, the pendulum is certainly swinging back toward a balance as these distributors see the kind of success they've been leaving on the table with an all-in approach to streaming," Robbins said. "Theatrical remains a very lucrative business model, and [Amazon's] news underscores that yet again."

Alexandra is a Senior Entertainment and Media Reporter at Yahoo Finance. Follow her on Twitter @alliecanal8193 and email her at [email protected]

Click here for the latest stock market news and in-depth analysis, including events that move stocks

Read the latest financial and business news from Yahoo Finance

Download the Yahoo Finance app for Apple or Android