During busy times at Heathrow, you get congestion in the sky.

Too many planes arriving all at once creates a form of traffic jam in the clouds.

To solve the problem, air traffic controllers tell the pilots to go somewhere else for a while, hang around, and only head to Heathrow when they’re asked. 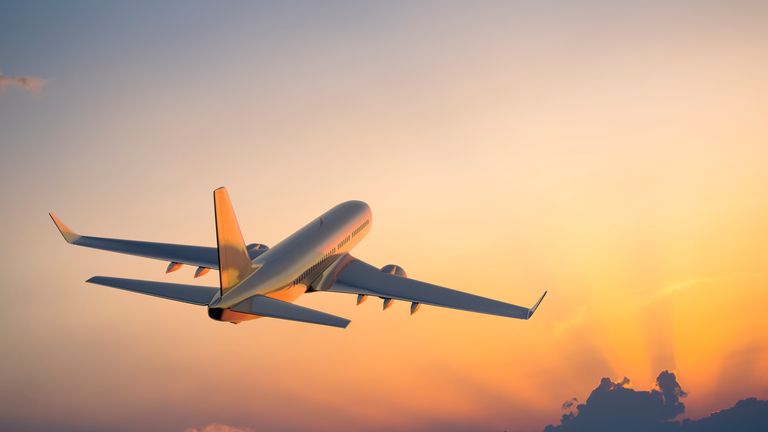 It’s called a stack. There’s one over a place I know – the village of Bovingdon, in Hertfordshire – and on a clear day, you can look into the sky and see planes circling around, passing the time but going nowhere.

Lots of people involved in the expensive, complicated task of making noise but achieving nothing.

Which leads me to Brexit talks.

At the moment, there are professional negotiators going into rooms, holding briefings, producing papers and examining options. But the clear indication is that none of this is achieving anything.

The British team is led by a man named David Frost, who has never, to my knowledge, made a public utterance to a reporter since taking the job of representing the nation.

Which would be fine – stoically admirable, even – were it not for the unanswered question that trails him at every moment: has he achieved anything? Can he achieve anything?

Because what is abundantly clear is that the gap between, on the one hand, the UK’s proposals for a Brexit deal, and, on the other, the EU’s negotiating position, is enormous.

A week ago a source within the British team told me it was “big, but not unbridgeable”.

Now, even that shred of optimism seems misplaced.

The gap now seems like a huge chasm, not just in understanding, but also in goodwill. The chance of a deal being struck now seems remote. 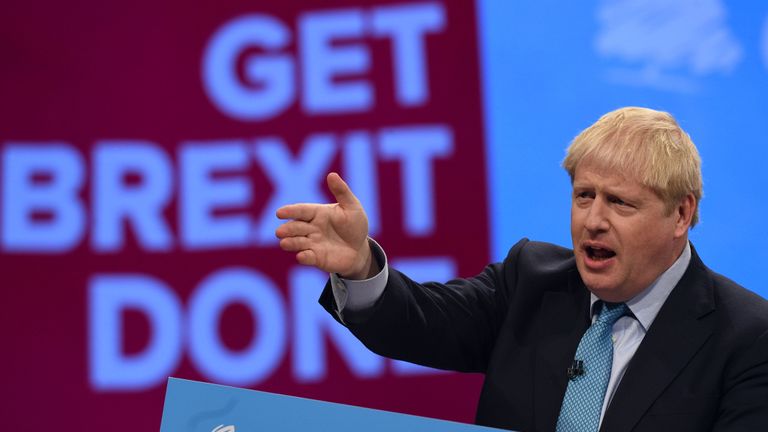 The two sides are a long way apart when it comes to policy, but also in terms of trust, that intangible question of whether they – 27 countries dotted around Europe, as well as the officials of Brussels – believe in us – the UK.

And, of course, vice versa.

Neither side thinks much progress is being made. But neither wants to bring things to a close and so take the blame for Brexit talks grinding to a halt. They may not get a Brexit deal, but nor does anybody want to take the blame.

So, in the eyes of many here in Brussels, talks continue for the sole reason of allowing both sides to say that they are continuing. Negotiating teams are stacked up, like the aeroplanes over Bovingdon.

Frustration is beginning to show. Donald Tusk’s angry tweet, pointed in the prime minister’s direction, was one such example, but it’s not hard to find a diplomat who’ll tell you that the whole process has stalled. 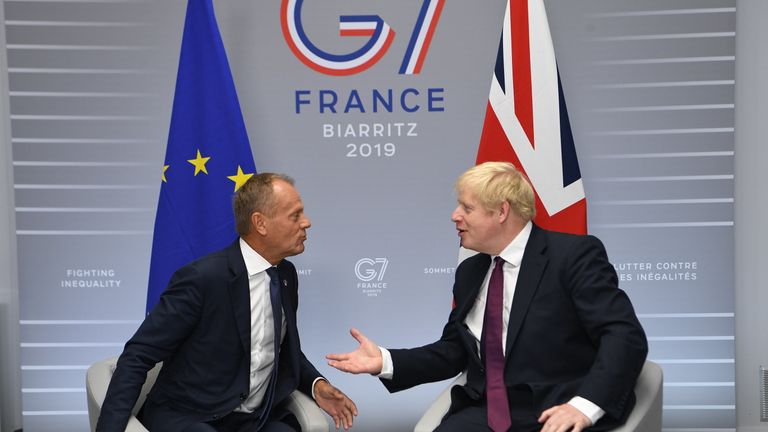 So what happens next? Mr Johnson maintains that the UK will leave, come what may, on 31 October. Beyond British officials, I haven’t found anyone in Brussels who thinks that will happen.

Instead, they are expecting the Benn Act to lead, inevitably, to a request for an extension.

And they expect that to be approved – there is very little belief in Brussels for the theory that a disenchanted European leader, such as Hungary’s Viktor Orban, will veto an extension as a favour for Mr Johnson.

But there is more than a week to fill between now, and the start of the European Council, when 28 national leaders will flood into Brussels. So talks will continue, despite the diminishing hope of any outcome.

There may be further meetings shoehorned in at the weekend. Last-minute offers, perhaps.

But all against a backdrop of European officials who think the unbridgeable gap still yawns wide.