Benjamin Glynn, 39, refused to wear a mask on a Singapore train on May 7 because he doesn’t believe they “protect you from Covid”. Unbeknown to Mr Glynn, a commuter secretly filmed him and uploaded the clip to Facebook, prompting police to arrest him hours later.

Mr Glynn, from Helmsley North Yorkshire, spent 28 hours in a cell and was charged with a public nuisance offence. If found guilty, he faces up to six months in prison.

Mr Glynn had been working for a Singapore branch of a British recruitment company since January 2017.

His passport has been confiscated, meaning he could not return to the UK as planned with his partner and two children, who returned to Leeds on May 31.

He also lost a new job he was due to start in the UK and fears he could have to spend as much as 12 months on bail before his trial. 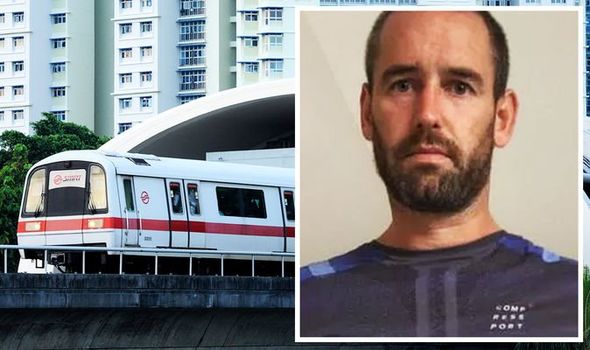 Mr Glynn said: “I don’t believe there is any evidence that masks protect you from Covid. Normally I would just tell people I’m exempt and it had never posed any issues before.

“But now I’m stuck here without my family and I don’t even know when I will appear in court, never mind what my sentence will be. All for something I don’t even believe in.

“I think it’s insane that I am facing a trial at all, just for not wearing a mask. Especially when I don’t even believe masks stop the spread of the virus in the first place.”

Public Health England states that face masks are effective in preventing the spread of Covid. A spokesperson said: “The virus that causes Covid is spread by droplets from the mouth and nose. These droplets spread when we breathe, talk, cough, sneeze etc. 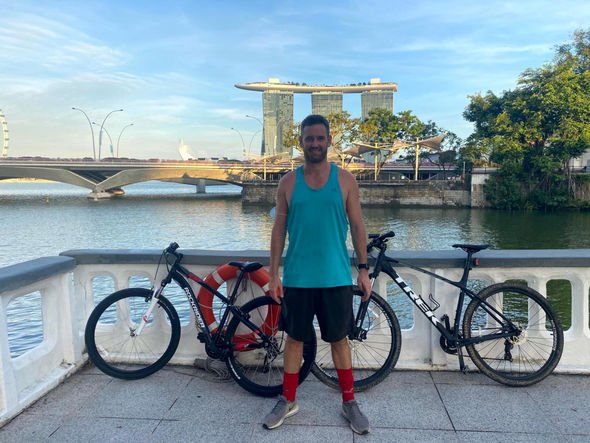 “Keeping a 2m distance from other people is the best way to minimise direct contact with respiratory droplets. However, when a 2m distance cannot be maintained, physical barriers such as screens, face coverings, and face shields can reduce exposure to droplets.”

In Singapore, all individuals over the age of two must wear a mask unless doing strenuous activity or their work requires them to wear other protective gear.

A spokesperson for the Singapore Police said: “As information related to police investigations are confidential in nature, we are unable to comment further on the case.”

A spokesperson for the Foreign, Commonwealth and Development Office said: “We are assisting a British man who is awaiting trial in Singapore, and have been in contact with the local police about his case.”