A BRITISH man had his skull broken and was beaten unconscious after he tried to break up a street fight in Thailand, it has been reported.

Luke Benjamin Thornton, 37, was punched and stomped while lying on the ground by three men in the town of Pai in Mae Hong Son, in the north of the country. 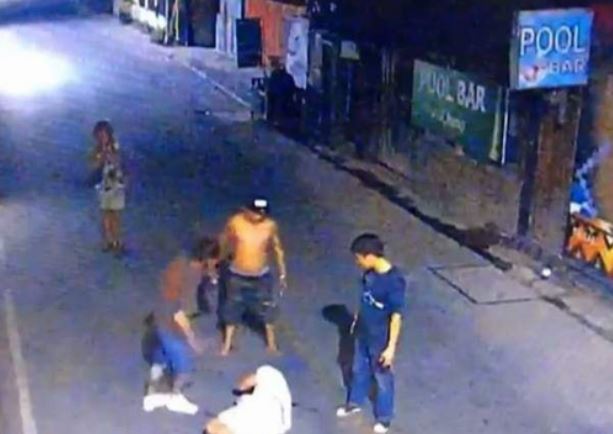 He was also struck across the head with a wooden club which knocked him out cold in the brutal battering, reports local news outlet the Daily News.

The attackers, who have been arrested, said the British national needed to be taught a lesson after he interfered in a brawl, it has been reported.

Harrowing CCTV images show three men carrying out the brutal assault on the victim who is seen cowering on the ground.

Luke was beaten up on May 20 after trying to break up a late-night fight between a group of tourists and the local men.

According to reports, the Thai nationals had passed by on motorcycles before there was some kind of collision which sparked the initial row.

Luke’s wife Saifon Petchkrajang, who is from Thailand, told local media that her partner had begged the men to stop the attack before he was knocked unconscious.

He was rushed to Chiang Mai Ram Hospital with a fractured skull and a broken eye socket as well as other facial injuries, it has been reported.

The Brit, who is still being treated and is suffering from double vision, has spoken to local police about the attack.

A weapon was taken into evidence by investigators. 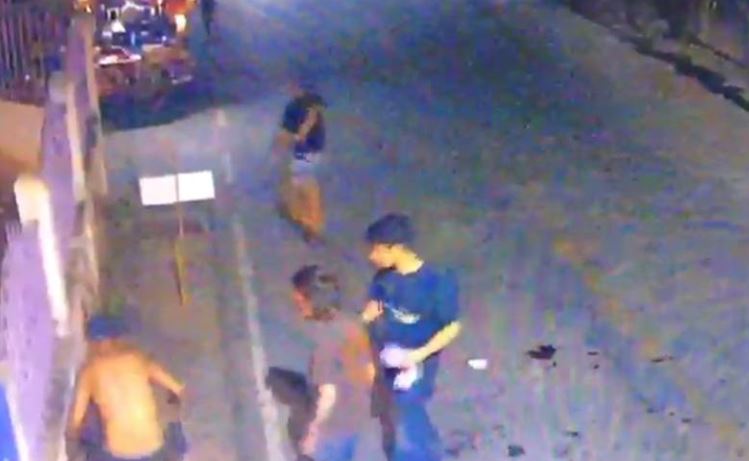