READING, England (Reuters) – The English town of Reading held a minute’s silence on Monday for the victims of a stabbing that killed three people including an American in the latest terrorism-linked attack. 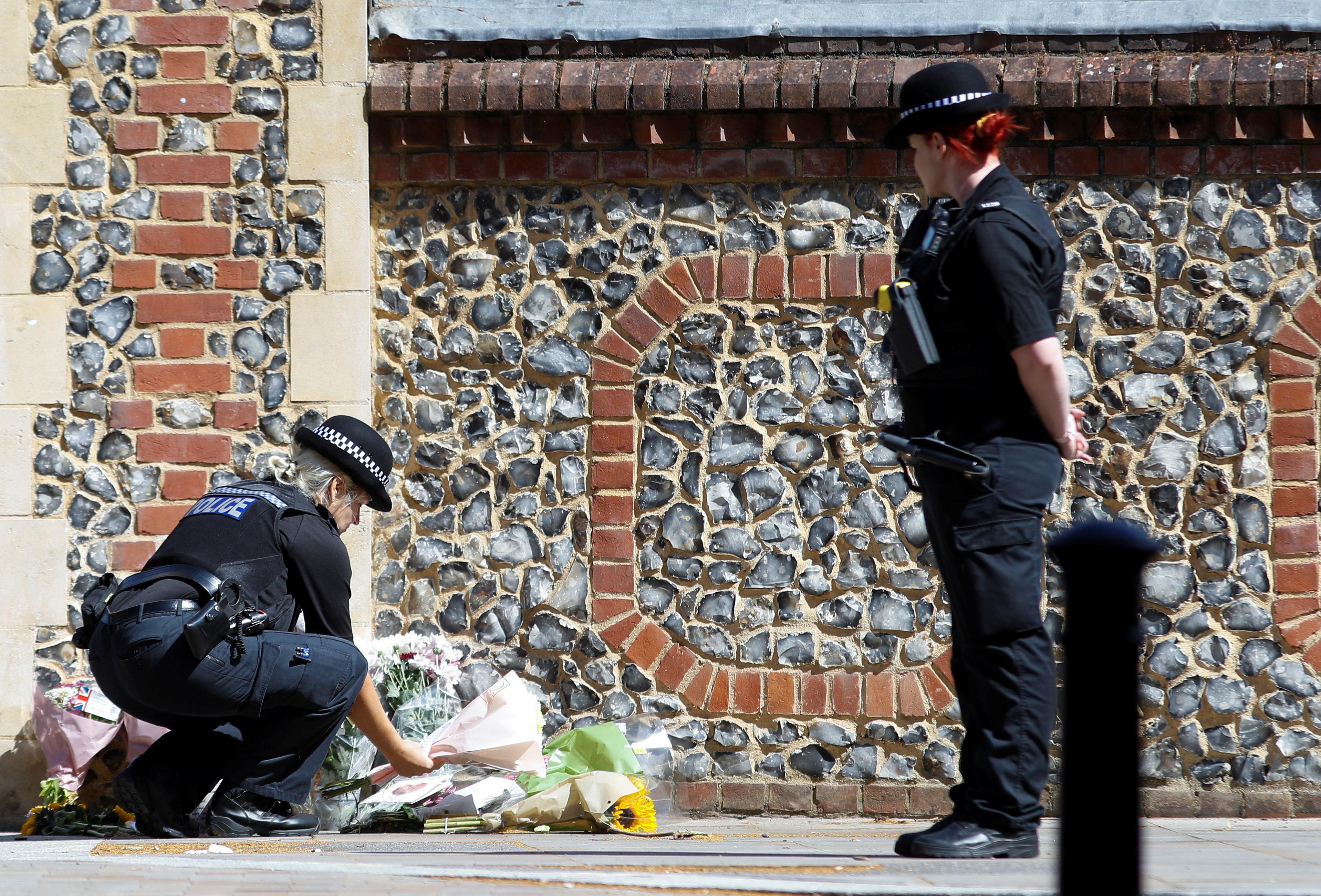 Three people were also hospitalised after a man wielding a five-inch knife went on the rampage in a park on Saturday, randomly stabbing people enjoying a sunny, summer evening.

A Western security source, speaking on condition of anonymity, told Reuters that the suspect was a 25-year-old Libyan called Khairi Saadallah.

Calling the incident terrorism, police said a 25-year-old had been arrested but they were not hunting others. “What we saw here on Saturday evening in Reading was the actions of one lone individual,” Home Secretary (interior minister) Priti Patel said

The Philadelphia Inquirer said one of the dead was U.S. citizen Joe Ritchie-Bennett, 39, who had lived in Britain for 15 years. U.S. ambassador Woody Johnson sent condolences to families of victims. “To our great sorrow, this includes an American citizen,” he said on Twitter

Teacher James Furlong, 36, who was friends with Ritchie-Bennett according to media reports, was also killed. “He was beautiful, intelligent, honest and fun,” his parents said.

The third victim has not yet been identified.

The security source told Reuters that Saadallah had come across the radar of Britain’s domestic security agency MI5 last year over intelligence he had aspirations to travel for extremist purposes, although his plans then came to nothing.

“The security services have records on thousands of people and rightly so,” said Patel, adding she was limited in what she could say because the investigation was live.

The attack was reminiscent of some recent incidents in Britain that authorities also called terrorism.