British Prime Minister Boris Johnson plans to press ahead with a Brexit deal that President-elect Joe Biden has previously criticized, according to reports.

The U.K. parliament has already passed the Internal Markets Bill through the House of Commons, but the bill has been mired with controversy at every step of its development and progress.

Many prominent conservative ministers abstained during the vote and have already ruled out voting for the final version of the bill should Johnson’s government not add certain amendments, the Guardian reported: Chief concerns revolve around perceived measures that would allow the prime minister to bypass the EU-agreed Brexit deal and issues regarding the border between Northern Ireland and the Republic of Ireland. 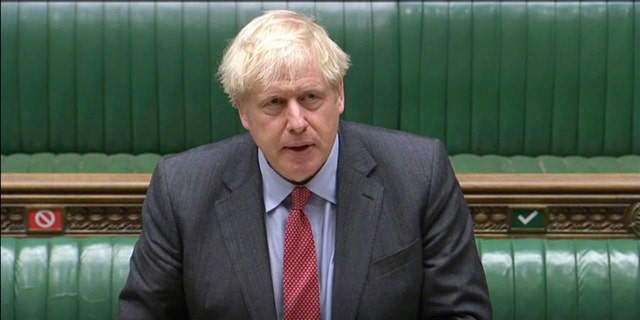 Biden took issue with the bill over the latter issue. As a proud Catholic of Irish descent, Biden was vocal with British Foreign Secretary Dominic Raab during a state visit in September, according to the New York Times.

“We can’t allow the Good Friday agreement that brought peace to Northern Ireland to become a casualty of Brexit,” Biden told Raab, saying that any potential trade deal between the U.S. and U.K. would be “contingent upon respect for the agreement.”

The Good Friday agreement was a centerpiece policy by Bill Clinton during his presidency. Signed in 1998, the bill – also known as the Belfast agreement – started the process of removing a “hard border."

The British government has long held that it would not endanger the borders between Northern and Republic of Ireland, but critics of the Internal Markets Bill allege that any threat to the free movement of goods through Northern Ireland would lead to a return of checkpoints and other "hard border" measures.

Initial agreements saw Northern Ireland retain a status that would allow free movement of goods with Europe, but the bill provides the prime minister the ability to interpret the meaning of such items as state aid or to overrule customs forms and imports, according to the BBC.

President Donald Trump has been a staunch supporter of Johnson and Brexit, but with Biden positioned as president-elect, Johnson now faces a different political landscape in the coming months.

Biden’s more hardline stance will endanger Britain’s economic position in a post-Brexit world. The U.S. is the U.K.’s second-largest trading partner, representing around 15% of exports.

Biden’s insistence on maintaining the Good Friday agreement’s gains might be the final push to see amendments to the Internal Markets Bill.

The Times (UK) reported that Johnson has denied that his ties with Trump would endanger a working relationship with the potential Biden presidency, but how his government progresses with the bill will indicate what kind of “special relationship” the U.K. and U.S. might see in the coming years.