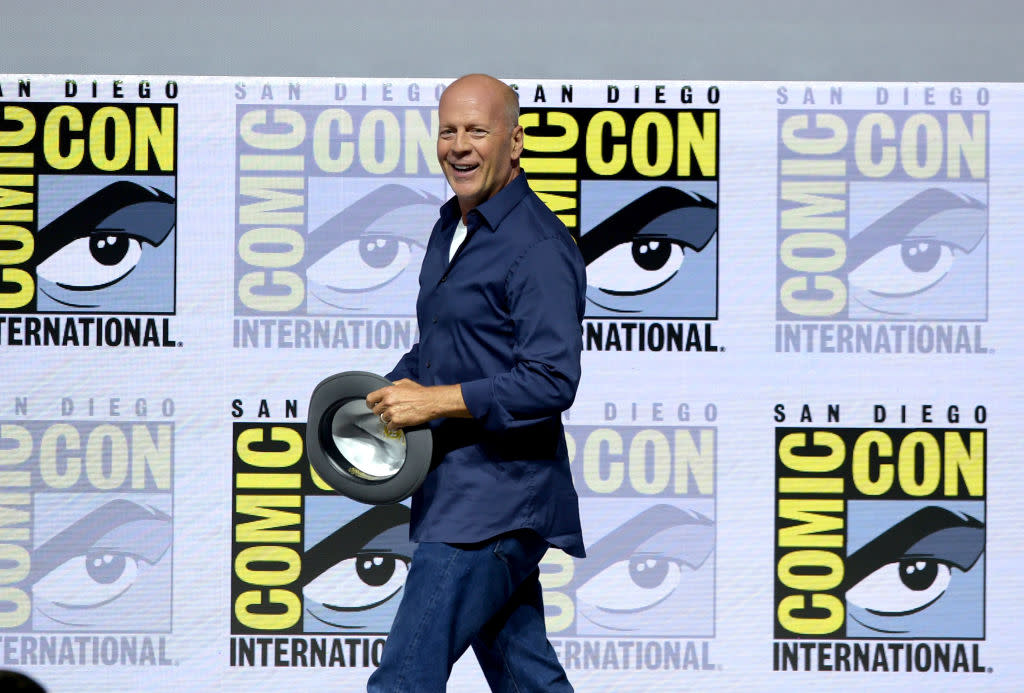 Bruce Willis is struggling with his speech, but it looks like he can still jam out on the harmonica.

Emma Heming Willis, his wife of 13 years, posted a video Monday of the movie star playing along to musician Derek Richard Thomas on the guitar.

“Their talent is speaking for itself,” she captioned the undated video, adding a “jamsession” hashtag. “I’ll just leave this here.”

In March, Heming Willis and other family members — their daughters, 10-year-old Mabel and Evelyn, 8, plus ex-wife Demi Moore and their adult daughters, Rumer, Scout and Tallulah — announced that the 67-year-old star has aphasia, a disorder that causes a person to struggle expressing and understanding language. They said that he was “stepping away” from his career.

“This is a really challenging time for our family and we are so appreciative of your continued love, compassion and support,” they explained. “We are moving through this as a strong family unit, and wanted to bring his fans in because we know how much he means to you, as you do to him. As Bruce always says, ‘Live it up’ and together we plan to do just that.” 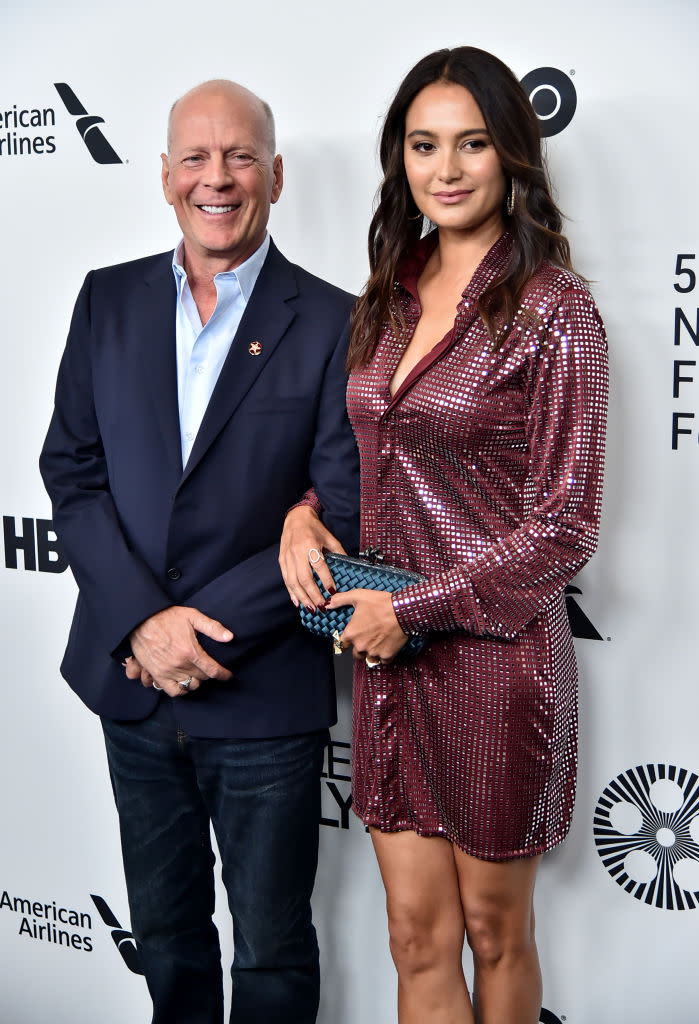 Since then, his wife has shared photos of him biking with his younger daughters, playing basketball with friends and returning to the Century City, Calif., building that stood in for the fictional Nakatomi Plaza in his career-making blockbuster Die Hard.

In addition to his acting, the Pulp Fiction star has had a long love affair with music. He released his first of three studio albums, The Return of Bruno, back in 1987, and he’s contributed songs to many of his own projects, including TV’s Moonlighting and the movie The Whole Nine Yards. In 2019, he even played a jazz show at a Jazz Foundation of America event at the famed Apollo Theater.