In centuries gone by, February 14 has seen some seriously strange traditions that include women being forced to 'couple up' in a Love Island-style ceremony. 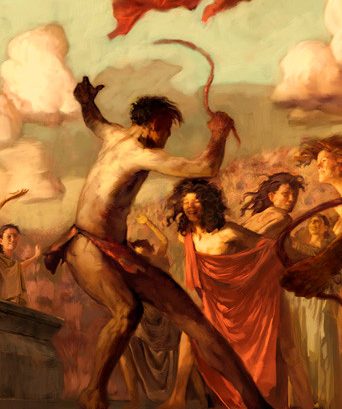 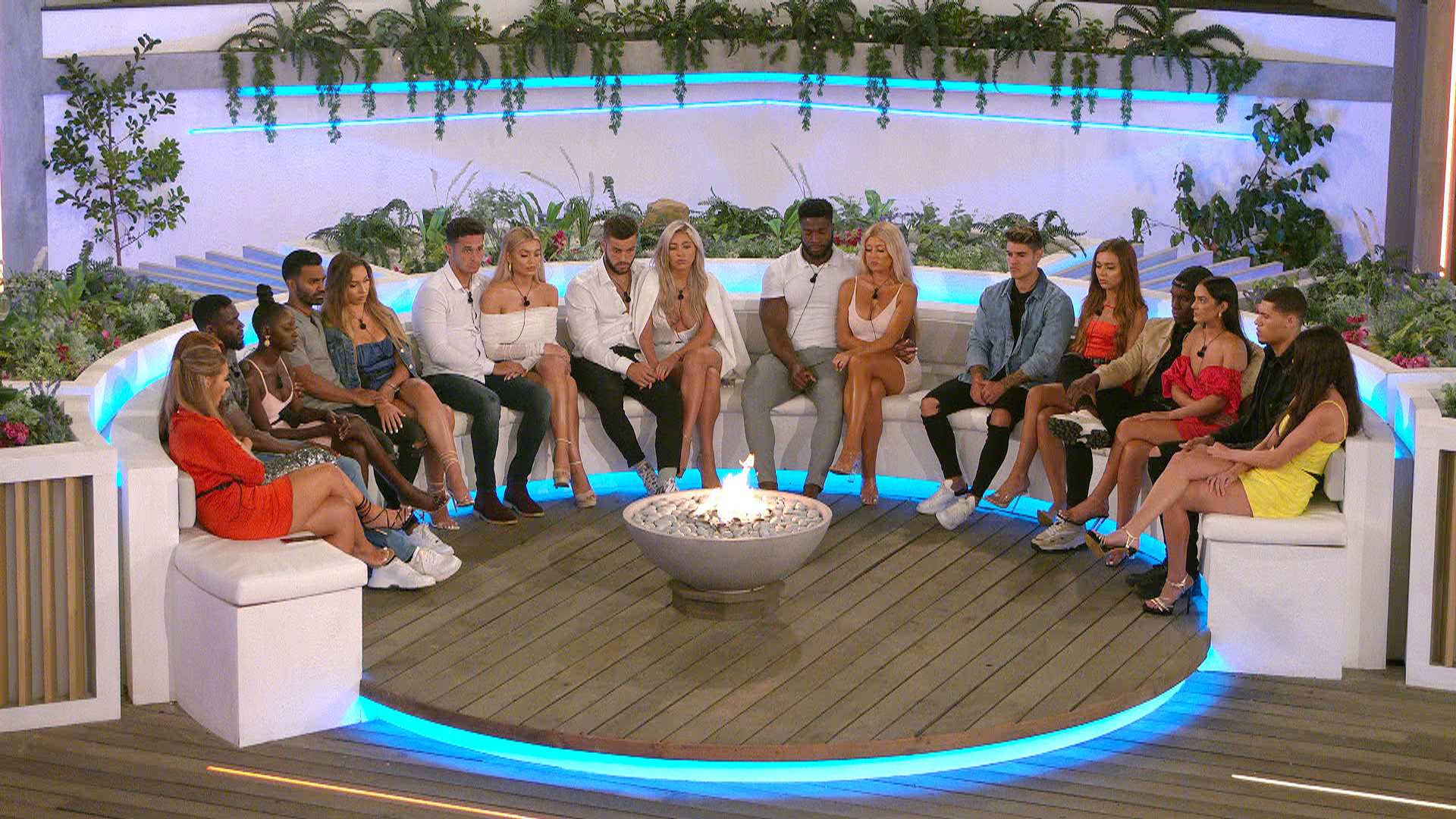 The Roman festival of Lupercalia – one of the earliest instances the date became synonymous with 'love' – was launched to promote fertility in women, but its barbaric acts were distinctly un-romantic.

Women would voluntarily subject themselves to whippings from men who used raw animal hides, supposedly believing it would help them to have babies and ease childbirth.

They then were forced to take part in a matchmaking lottery to be paired up with a suitor, who they would reportedly then have sex with throughout the remainder of the festival.

Here, Sun Online looks back at the bloody beginnings of Valentine's Day… and the grisly tale of how it got its name. 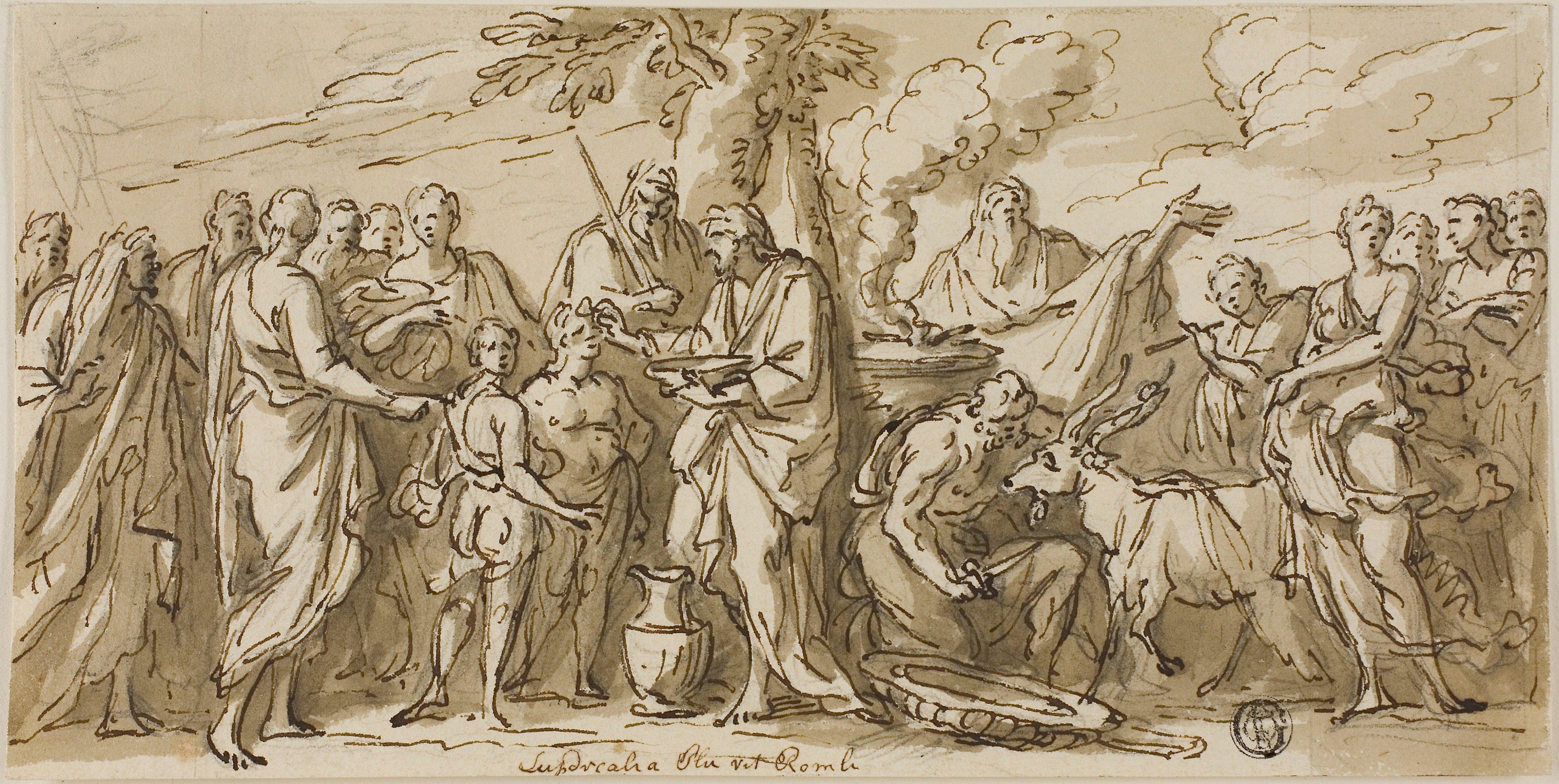 The ancient pagan festival Lupercalia began in a dark, sacred cave as far back as the 6th century BC.

A group of Roman priests would gather and strip naked before slaughtering a goat, as a representation of sexuality, and then a dog – for purification.

Two of the priests would then have the animals' blood smeared on their foreheads with the same knife used for the slaughters, before wiping it off with a piece of milk-soaked wool.

The milk was used as it was believed to be a "nourishing fluid from the mother", according to historian Karen Tate – no doubt again linked to the belief that they were promoting fertility.

Once the sacrifices were complete, things took an even darker turn.

The priests, known as the Luperci – meaning 'brothers of the wolf' – would cut the animals' skins into strips and dip them in the sacred blood.

They'd then take to the streets, where women would be voluntarily lining up to get whipped by the pieces of hide. 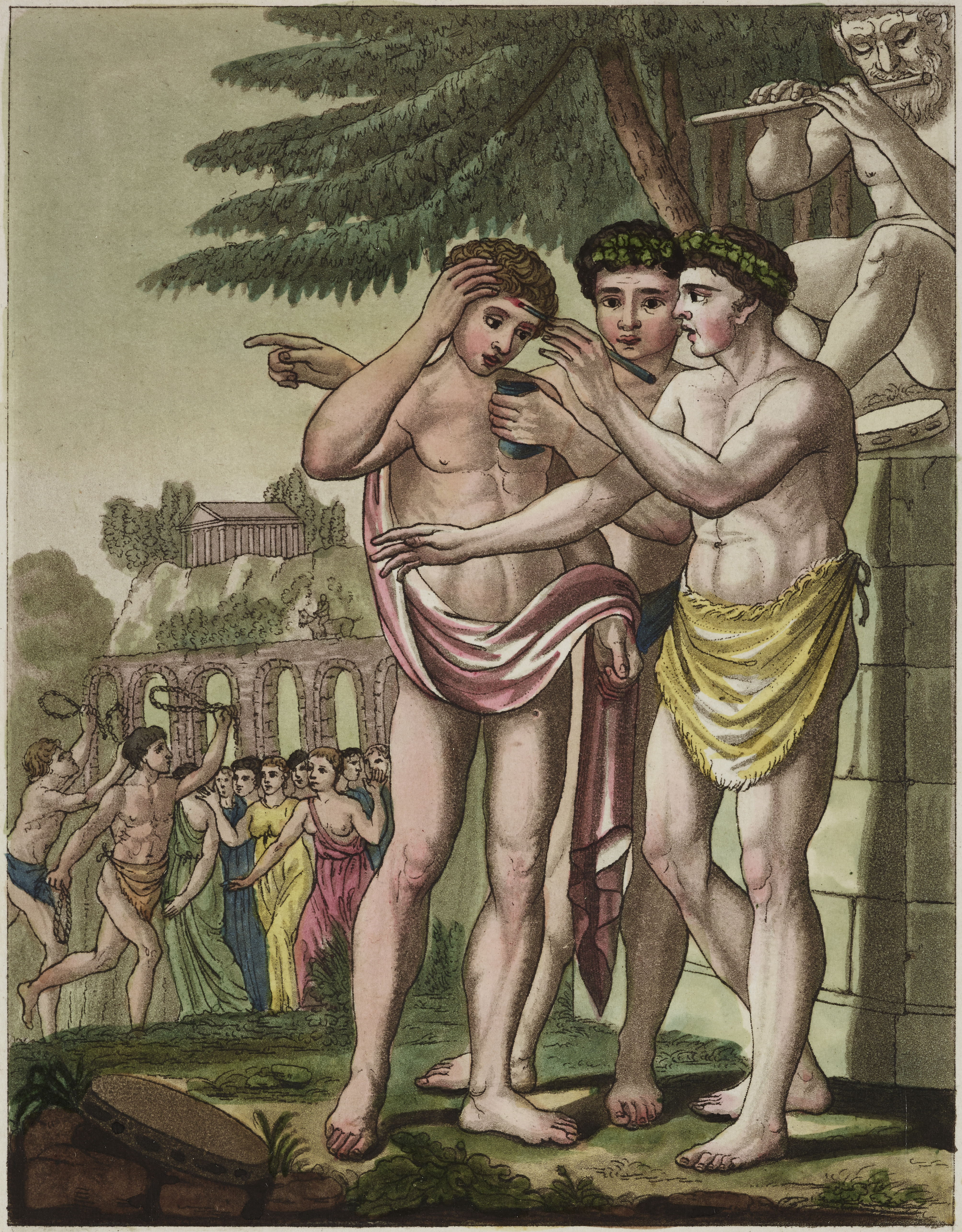 It's widely reported that the women welcomed this painful tradition, as they believed it would help make them more fertile.

“The festival was to enable or facilitate fertility,” academic Kresimir Vukovic, who has studied Lupercalia, told Time.

“If you were struck by a Lupercus, one of the priests, it was considered that you would give birth to more children… I don’t think it was a sadistic beating, it was a symbolic beating.”

According to History, "many women welcomed the lashes and even bared their skin to receive the fertility consecration; it’s open to speculation what the lashes represented".

Once the beatings were complete, a Love Island-style matchmaking ceremony would take place, according to some legends.

All of the unmarried women would reportedly add their names to a large urn, before it was passed around any single Roman men – who would each pick out a name. 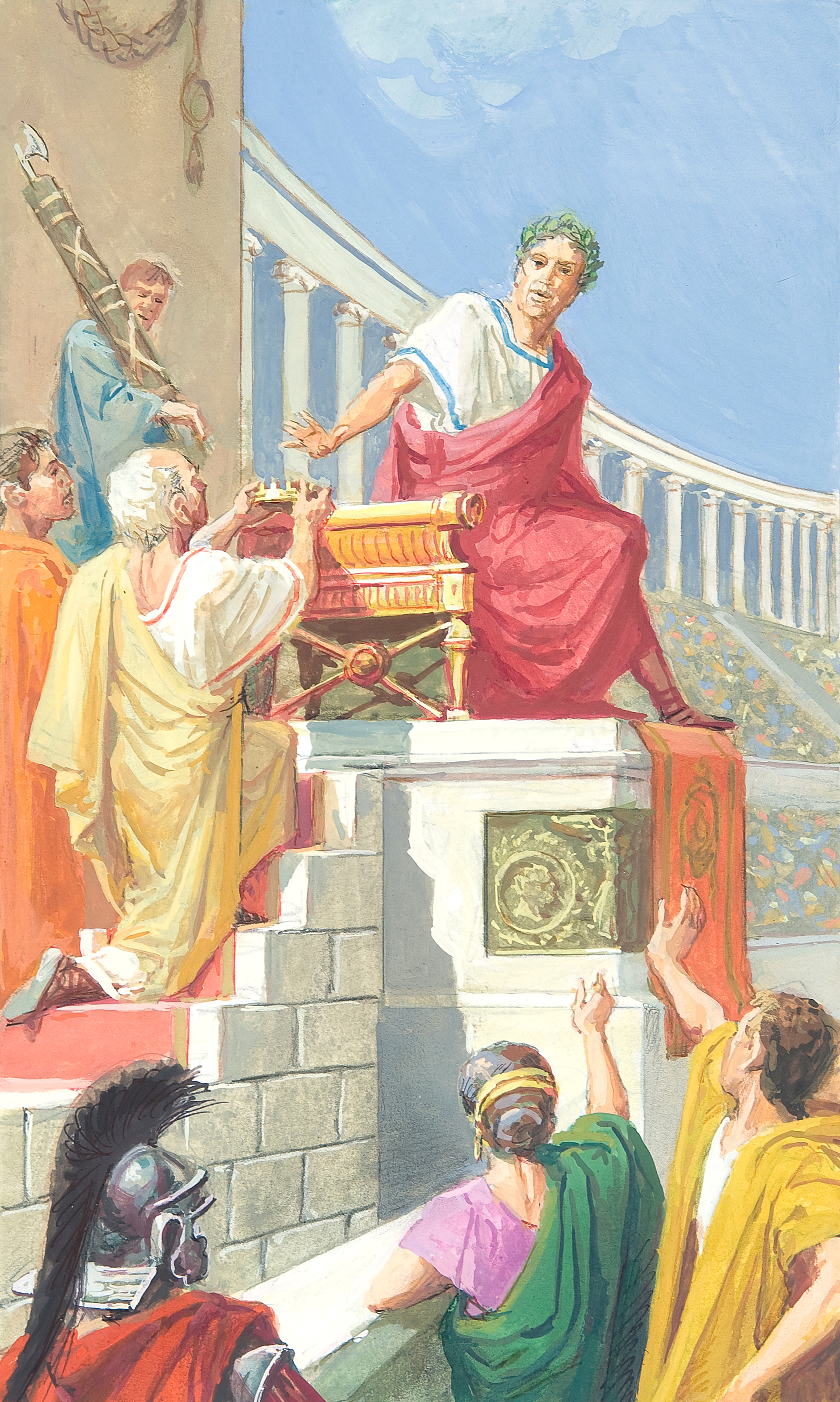 The couples who were matched up would remain together throughout the festival, with many going on to stay together afterwards.

While the exact details of what they'd get up to remain a mystery, Vukovic previously admitted the entire festival had a “sexual aspect".

Some retellings suggest the new couples would be forced to have sex throughout the remainder of the festival and perhaps even beyond, as the man tried to give his woman a baby.

As the years went by, the festival became slightly more dignified, with the priests no longer stripping naked – and women being whipped on their hands only.

Indeed, the nudity aspect disappeared when Pope Gelasius made it a Christian holiday in the fifth century, historian Noel Lenski told NPR.

“It was a little more of a drunken revel, but the Christians put clothes back on it,” Lenski said. “That didn’t stop it from being a day of fertility and love.”

The festival was also portrayed in Netflix hit series, Chilling Adventures of Sabrina. And while the fictional plot strayed far away from the historical Roman festival, it did have some chilling parallels. 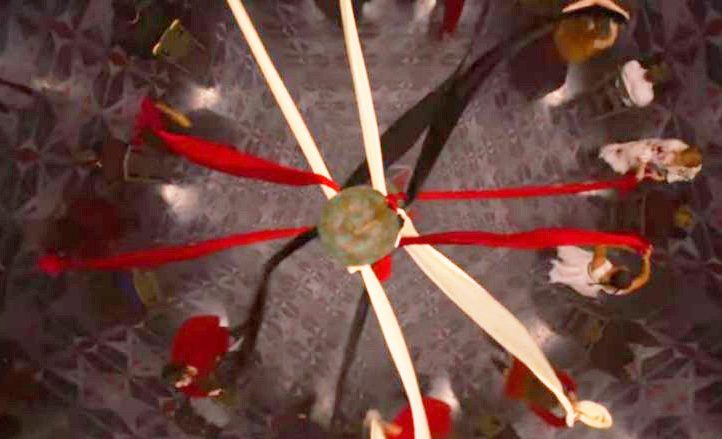 It's described as a "lusty, pastoral festival started by the Roman witches under the reign of Caligula", by Sabrina's Aunt Zelda.

The young witch is subjected to a bizarre dance where witches are told to sit on the knee of the warlock closest to them when the music ends – no doubt linked to the Romans' matchmaking ceremony.

It then moves on to Sabrina being urged to have sex with her suitor – although this remains voluntary for her. 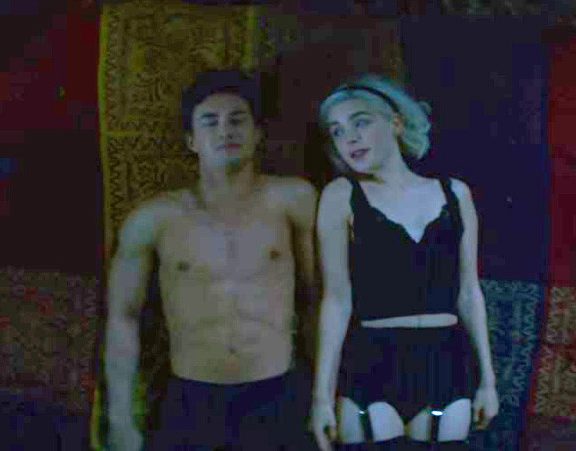 However, producers took this opportunity to introduce a discussion on consent, with Sabrina stating she and she alone would decide when that happens. She still hadn't decided if she was ready when the episode ends.

While the Roman festival has long been linked to February 14, it got its name from Saint Valentine.

It's thought this saint was a priest in Rome who would perform secret marriages for young couples… only to meet a gruesome end. 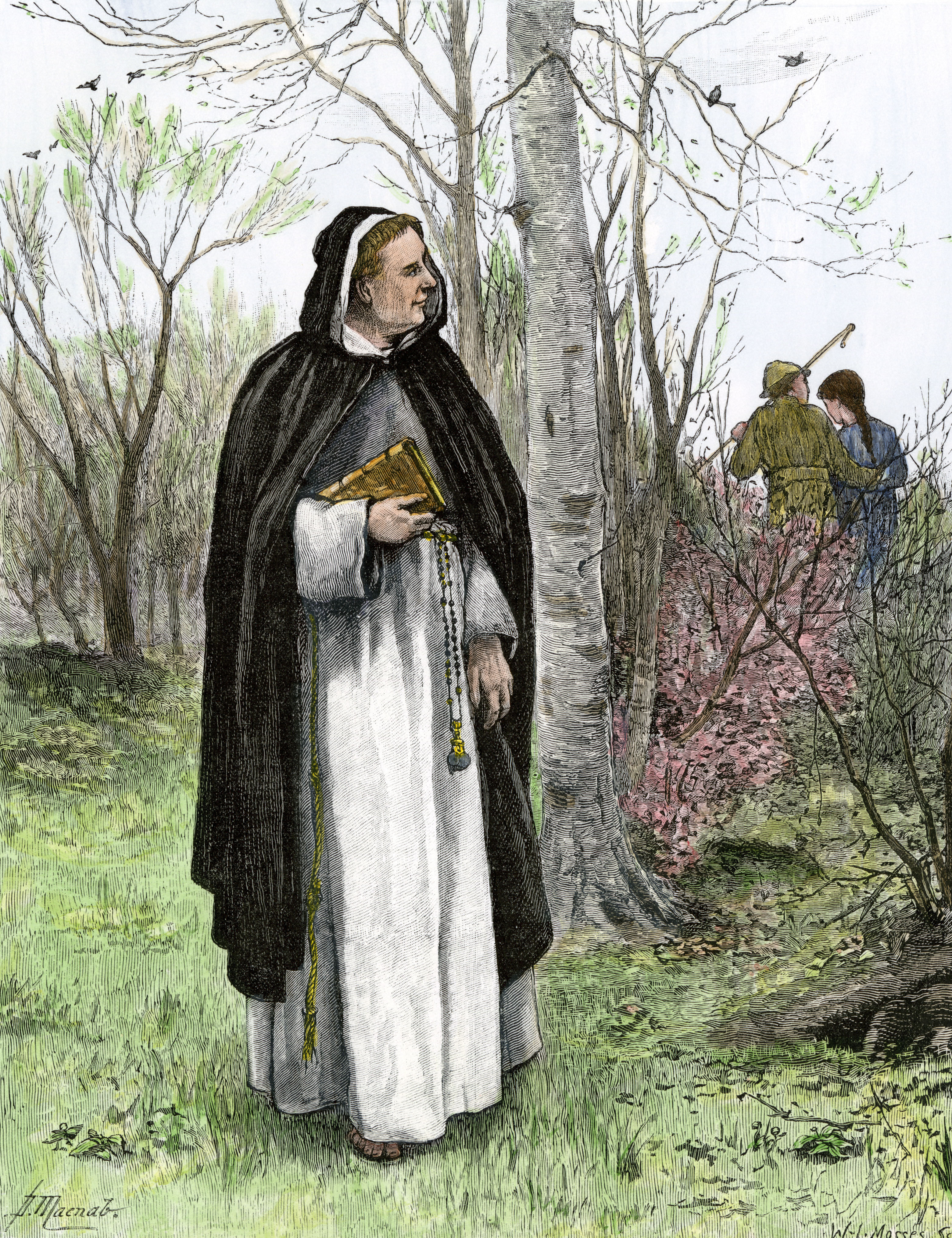 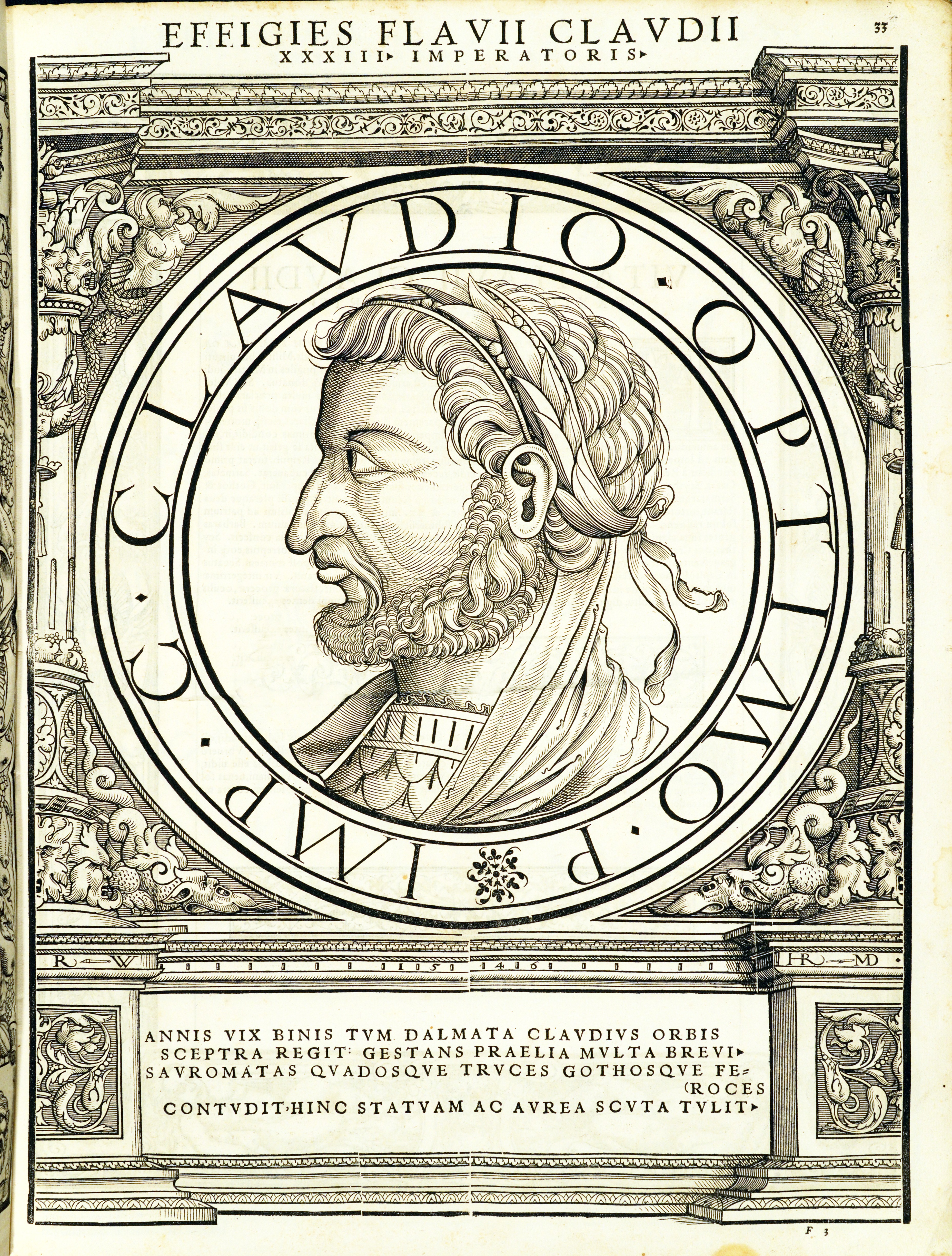 Claudius II is thought to have believed single men made better soldiers than married husbands, so he eventually outlawed marriage for all young men.

While many no doubt took the law seriously, it's claimed some wanted to dodge the strict new rules so visited Valentine.

That's where Saint Valentine came in. Unfortunately, he was eventually caught out for conducting the secret marriage ceremonies.

Lost his head for love

Valentine was imprisoned for his crimes and attempted to convert Claudius to Christianity from behind bars by explaining to him what he believed were the advantages of a faith conversion.

While he is claimed to have converted many people on the outside previously, he became "over-confident" when he began speaking to Claudius about potentially converting. 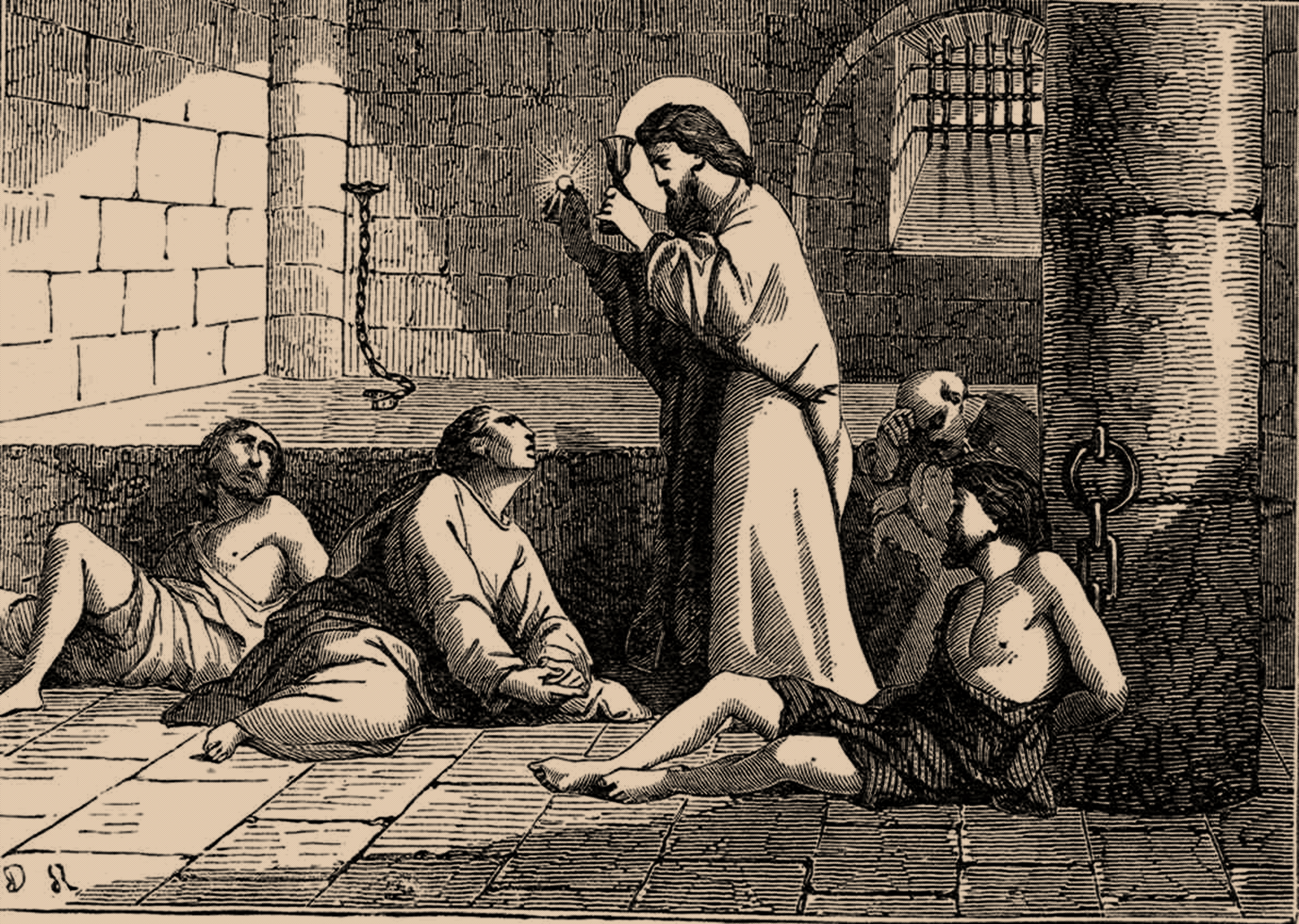 The plea enraged the emperor, who ordered Valentine to reject his faith or be killed. When he refused, he was sentenced to death.While he was originally beaten with clubs and stones, it's claimed they still weren't enough to kill him so he was eventually beheaded around 278 A.D.

According to some historical legends, Valentine had also struck up a bond with the jailer's daughter during his time behind bars and left her a note before his death, signing it “From Your Valentine".

While it's widely reported that it was this Valentine that initiated the Valentine's Day tradition, it's claimed that Claudius also executed another man called Valentine around the same time in a different year.

It must be love

As the old, grisly traditions eventually began to die out, Valentine's Day was finally given a more classically romantic theme when poet Geoffrey Chaucer wrote The Parliament of Fowls in honour of Richard II's engagement.

It referred to February 14 as the day that birds mate, signifying love.

Then, years later in the 1600s, Shakespeare mentioned Valentine's Day in his famous play Hamlet with the lines: "To-morrow is Saint Valentine's day, All in the morning betime, And I a maid at your window, To be your Valentine."

It catapulted from there, and thankfully these traditions – not ritual goat sacrifice – are the ones that live on today.