It seems like almost every day in Victoria at the moment that some measure of the state's coronavirus caseload reaches a record low.

Victorians celebrated as the state racked up its eighth consecutive zero-case day, or "doughnut day", on Saturday. 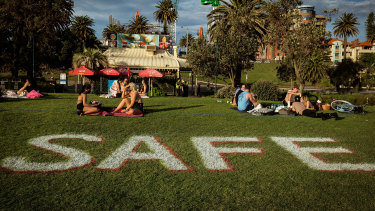 It's a far cry from about three months ago when there were record-breaking numbers of new cases, deaths and hospitalisations.

Here are some of the milestone dates in Victoria over the past month or so, as the state's catastrophic second wave finally receded.

October 11: Zero people in intensive care because of COVID-19

In the middle of August, during the peak of Victoria’s second wave, there were 47 people in intensive care because of coronavirus.

Over time, that number dropped and from October 11 onwards there have been no ICU beds occupied by people with severe COVID infections.

There are currently two people in hospital in Victoria due to coronavirus, down from almost 700 at the height of the second wave.

But it’s worth noting that a net drop in hospital admissions and people needing intensive care carries a mixed message – it can be a sign that patients have made a full recovery and have been discharged, but it can also be a sign that people have succumbed to the virus.

October 19: The last time a new death from coronavirus was confirmed in Victoria

From October 20 onwards, the state has not recorded any new coronavirus deaths. During the height of the second wave, it was not uncommon for more than 20 deaths to be reported each day.

In total there have been 819 coronavirus deaths confirmed in Victoria, 19 from the state’s first wave and 800 from its second wave.

(There were two deaths confirmed on October 28, but both of them had occurred in earlier months and there was a delay in reporting them.) 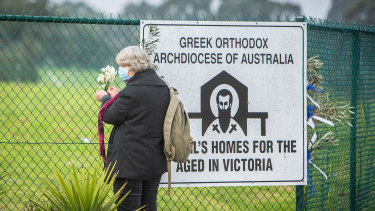 On October 26, the day that Premier Daniel Andrews announced restrictions would be easing in Melbourne, there were no new coronavirus cases confirmed in Victoria for the first time in more than four months.

It was dubbed "doughnut day", and many Melburnians, including Mr Andrews and the state’s Chief Health Officer Brett Sutton decided to celebrate by treating themselves to one of the fried dough confections.

The very next day this run continued, the first time since March 5 and 6 that there had been two consecutive days of no new cases. Back in early March, there were no lockdown restrictions in place in Australia and there had been 10 COVID-19 cases in total confirmed in Victoria, all of them returned travellers from overseas.

(Technically, though, the honour for the first day of zero cases since June 9 should go to October 20. There were two new cases announced that day but both of them were later reclassified, making it a "zero day" in retrospect.)

There may have been two new cases confirmed in Victoria on October 28, but it was a "zero day" for another reason: it was the first time there were no active cases in regional Victoria.

Back on June 21 there had been one active infection outside of the metropolitan Melbourne area, but when the second wave got under way those numbers climbed and in the middle of August there was a peak of 518 active cases in regional Victoria.

You can also watch how active case numbers rose and fell during Victoria’s second wave in this map animation. To see regional Victoria reach zero active cases, it’s best to select the ‘Victoria’ option in the top-right, which makes the map zoom out.

As of Friday, there were 15 active coronavirus cases remaining in metropolitan Melbourne, distributed across 10 local government areas.

There are 31 local government areas in the Melbourne region, meaning two-thirds of them currently have zero active cases.

November 3: Active cases reach their lowest level since the start of the first wave

On November 3, the number of active COVID-19 cases in Victoria dipped to 38, the lowest they had been since the tracing of active cases began on March 19.

The previous record low for active cases was 45 on April 29. At the peak of the second wave, there were 6767 active cases statewide.

As of November 5, there were no active cases statewide among aged care residents, staff members or their close contacts.

According to the Department of Health and Human Services, the previous day there were no active cases in the Victorian aged care sector was June 15.

Back in the middle of August there were more than 2000 active cases linked with aged care facilities.

There have been 4633 coronavirus cases linked with aged care in Victoria since January and 655 deaths.

November 5: No cases remain under investigation in Victoria

Whenever someone tests positive for coronavirus in Victoria, the Health Department carries out an investigation into the source of infection to determine whether it is linked to an existing cluster.

If an infection source for a person who tested positive cannot be traced, they get classed as a mystery case. These cases are the most concerning cases for health authorities as they suggest the virus is circulating in the community and there are chains of transmission that haven’t been tracked.

It typically takes a few days for one of these investigations to be carried out and back at the height of the second wave there was a backlog of 3969 cases the Health Department was looking into, but as of November 5, there were no cases being investigated.

November 6: No new cases for seven days in a row

On November 6, Victoria recorded its seventh day in a row of no new cases.

The last time there were so many consecutive days of zero cases was back in February, when there was a three week gap between the state recording its fourth-ever case and its fifth-ever case.

The fact there were seven days in a row of zero cases meant the seven-day case average fell to zero for the first time since February 22 (the day the state's fifth case was confirmed). Its the red line on the graph below:

But it's a bit hard to see on that graph given that the state's seven-day average rose above 500 during the peak of the second wave in early August. Here is a version of the graph that starts from October, which clearly shows it reach zero:

But before Victorians start to get too sanguine about the run of "zero days", keep in mind that Queensland is currently on its 52nd day without a new locally acquired case, and Tasmania is on its 86th.

And Mr Andrews has said it is vital Victorians remain committed and vigilant to keeping case numbers low.

"We can't just pretend that seven days of zero cases is like a vaccine against this virus, it isn't," he said at Friday's daily coronavirus update.

"We have to keep our guard up, we have to keep doing the right thing in every way we possibly can … but if we all do our best, we will continue to see these numbers low, and we can continue to open up and stay open."

Deakin University epidemiology chair Catherine Bennett said all the signals in the data showed there were very low levels of the virus in the community.

"Every extra day with zero increases the chances of the next one also having zero," she said.

"That extra-long lockdown has done what we hoped it would, got rid of most of the virus that was out there, whether people got tested or not."

But she said it was possible and new cases could appear if it turned out existing outbreaks had not been contained, or once the state's borders with other states reopen.

On November 6, Victoria and New South Wales both recorded a 14-day average of 1.3 when it came to locally acquired COVID-19 cases.

It is the first time local case numbers have been level in the two states for more than six months.

Of Victoria's 18 cases over the past fortnight, 16 have been traced to existing clusters and two have been classed as mystery cases.

In NSW, 16 cases over the past fortnight that have been traced to an existing cluster, there has been one mystery case and one case for which the infection source is currently being investigated.

NSW has also recorded 66 cases among returned travellers in hotel quarantine in this time, which have not been included in the 14-day average because they do not reflect infections within the local community.

The last time Victoria had a 14-day average below New South Wales for locally acquired cases was on May 3. This was around the time there was an outbreak at a meat processing plant in Melbourne’s west that ended up resulting in more than 100 infections.

This animated chart illustrates how the 14-day average of the two states has tracked since the start of March, around the time that locally acquired infections were first recorded in Australia:

If Victoria’s run of zero case days continues, it is possible there will be more milestones over the coming weeks.