Less than a week after the corporate regulator formally launched its investigation into the fraudulent activities of Melissa Caddick, the swindler hired Shred-X, a document-shredding organisation, the inquest into her disappearance and presumed death has heard.

At 8.55pm on September 14, 2020, Caddick texted her employee inquiring about shredding companies. Earlier that same day, the Australian Securities and Investments Commission (ASIC) had contacted the National Australia Bank seeking access to her accounts. The regulator also interviewed one of Caddick’s former investors on the day, the inquest has heard. 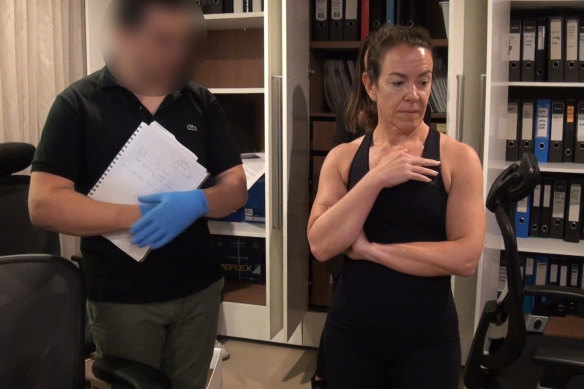 Melissa Caddick during the raid by the AFP.

However, ASIC does not believe Caddick was tipped off about their investigation into her Ponzi scheme, the regulator’s lead investigator Isabella Allen told the inquest.

“We looked into the shredding of the documents, we still don’t believe the Shred-X contact was made because she had been tipped off,” Allen said.

After several weeks of preliminary enquiries, ASIC launched a formal investigation into Caddick’s frauds on September 8, 2020, Allen told the inquest. 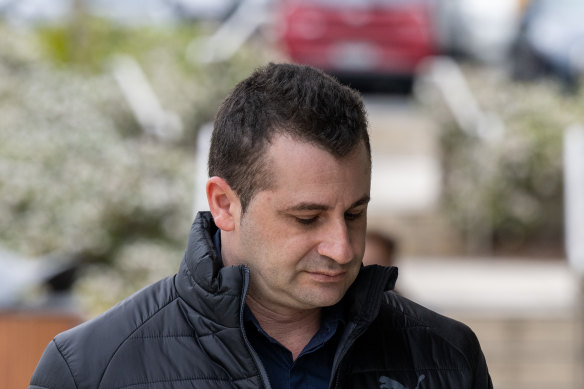 Allen, who was present during the execution of search warrants at Caddick’s Dover Heights on November 11, 2020, said Caddick did not appear to be distressed.

The inquest has heard that Caddick’s husband, Anthony Koletti, via his “musical endeavours”, has made accusations suggesting ASIC was responsible for his wife’s disappearance and presumed death.

The Sydney Morning Herald has previously reported that Koletti’s songs allege that his wife was tortured and brutally interrogated by ASIC during the execution of the search warrants at their home. The cover art of his album Raid features the same ASIC shoes that his wife was wearing when she disappeared.

“Ms Caddick’s mother says that they were not offered food or drink for the full duration of the search warrant, and holds ASIC responsible for her suspected death,” counsel assisting Jason Downing, SC, has told the inquest.

Federal agent Amelia Griffen, who spent most of the day of the raid accompanying Caddick, told the inquest that Caddick was offered food and water throughout the day and that she had observed her having a protein shake in the morning.

Allen also said that there was no evidence of distress on Caddick’s behalf during the 12-hour raid. “She filed her nails from time to time and took a nap around 4.30pm,” Allen said.

Hours before her disappearance on November 12, 2020, Federal Police acting on behalf of ASIC, raided the Dover Heights home in relation to the $23 million Ponzi scheme Caddick, 49, had been running since 2012. Most of her victims were family and friends.

Her right foot, containing her partial remains, washed up on a remote beach on the NSW south coast in February 2021, three months after she was last seen.

The inquest is continuing.