Celebrities who share pictures with pet monkeys are ‘morons’ because ‘primates are not domestic animals’, a scientist has warned.

Ben Garrod, a Professor of Evolutionary Biology and Science Engagement, claimed that any chimpanzees or monkeys purchased as pets would be ‘dead within two years’ as humans lack the ability to care for them properly.

He called for better regulations to be introduced to prevent people from buying the pets, adding that it was easy to do so online. 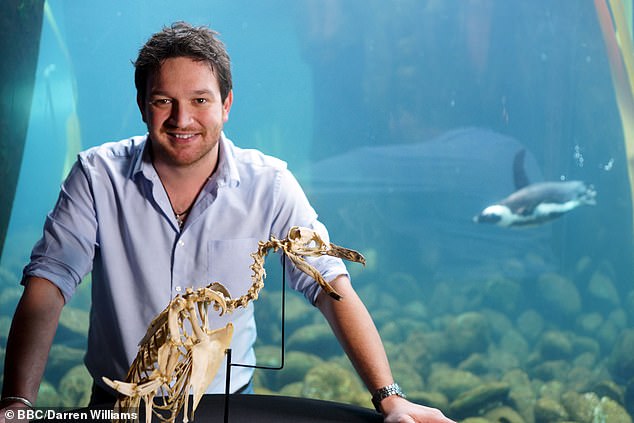 Prof Ben Garrod, pictured, claimed it was far too easy for members of the public to buy exotic monkeys as pets and that many of the primates would be dead within two years as they need special care and are not easily domesticated 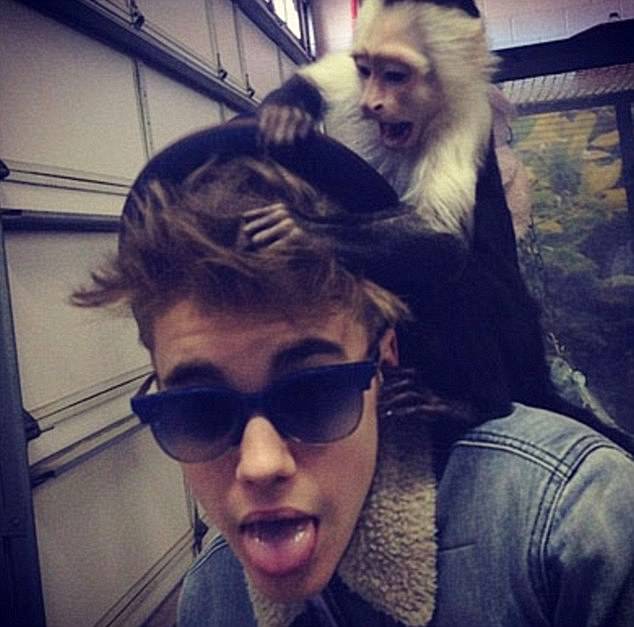 Prof Garrod told the Hay Festival that Justin Bieber, pictured with his monkey, is a ‘super-moron’ 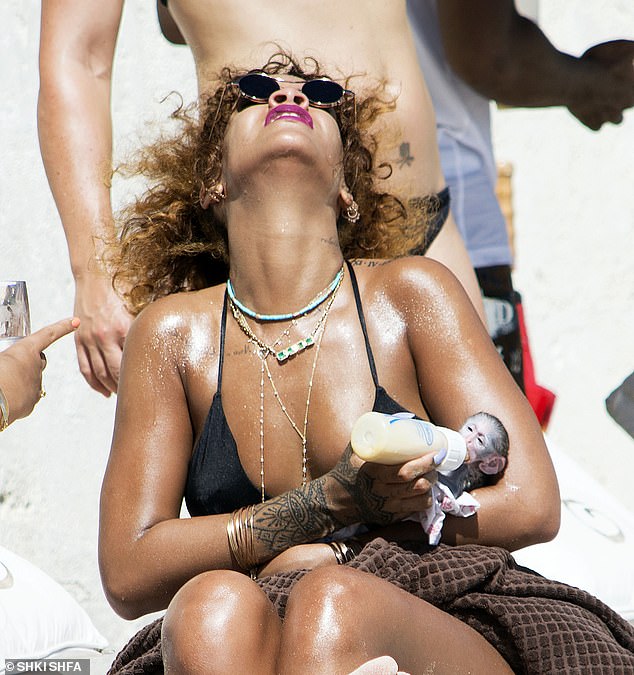 He also condemned Rihanna, pictured feeding her pet monkey, for their choice of animal. Prof Garrod said current UK regulations on the ownership of exotic monkeys are too lax

Professor Garrod explained that primates did not make good pets because there have not undergone a long domestication process.

Addressing an audience at the Hay Festival he said: ‘Justin Bieber – the guy’s a moron. Absolute super-moron.

‘He got a pet monkey that he took from America to Germany and was like “oh look, I’ve got my own pet monkey”.

‘No, you can’t do that. He got it confiscated off him and he said “I’ll just buy another one”, the guy is an idiot.

‘When you see celebrities like Rihanna and Justin Bieber and a few others with pet monkeys that’s really bad and we should tell people it’s bad.’ He criticised anyone in the UK that was prepared to buy a primate as a pet and called for better regulation of the issue.

He added: ‘I want you to be surprised that there are 4,500 monkeys in the UK kept as pets.

‘There is no regulation to stop that. You can go on Google and actually Google “baby monkey for sale UK” and you will find them.

‘I Googled it last week and you can buy two in Manchester at the moment, two little Marmosets from South America for £1,500.

‘They will be dead within two years because you won’t be able to look after them.

‘They are incredibly special animals that need very special care yet we keep them as pets – it’s insane.’ Explaining the reasons they were such bad pets, Professor Garrod told the audience that primates had not been through the same domestication process that dogs, cats, hamsters and horses had.

He said: ‘Some animals we’ve had a long experience with in our history of helping make them suitable as pets.

‘We’ve had 37,000 years of tweaking and changing and turning it from a beautiful, majestic, wolf into a Pomeranian.

‘But we haven’t had that with chimpanzees and other primates, like monkeys apes and lemurs.’ Professor Garrod, of the University of East Anglia, drew on the issue in his new book The Chimpanzee and Me.

He wrote: ‘Given that we’re hard-wired to seek out, form and maintain social relationships and considering that baby primates like chimps look so undeniably cute… it’s not a huge shock that primates have been considered perfect pets and have been kept around palaces, houses or apartments for years..’ But, he said: ‘Primates are not domestic animals.

‘If there’s one thing I would like to see in the next few years, it would be for the US and the UK to make it illegal to own a primate as a pet.

‘It’s wrong. We know it’s wrong and it would be such an easy win for politicians.’