Chelsea Manning sounds off against ‘transphobic’ Elon Musk – but refuses to say if she is dating Grimes, claims US is on brink of ‘civil conflict’ and boasts about volunteering in Ukraine 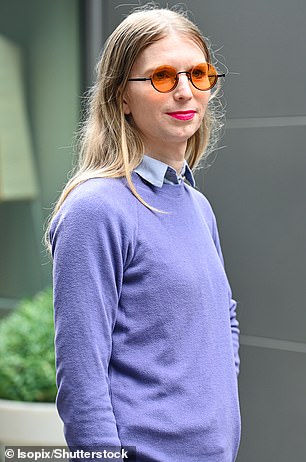 Chelsea Manning sounded off against former ally Glenn Greenwald and accused Elon Musk of transphobia in a recent interview where she also claimed the US was on the verge of civil war, and talked about rushing to the front lines of the Ukraine war in March.

Manning unloaded to The Daily Beast about how she and Greenwald – who defended her in the past for leaking to Wikileaks, were friends until he stopped pandering to the left.

In recent years, he has aligned himself more closely with right-wing figures like Tucker Carlson.

Chelsea said that was the final straw for her friendship with the investigative journalist and that she ‘had to say something’.

She also slammed Elon Musk as a bastion of right-wing politics, and said he ‘seemed transphobic’ when he tweeted a meme poking fun at Netflix after it was reported that Grimes and Chelsea were in a relationship.

Chelsea would neither confirm or deny that she and Grimes, Elon’s ex and the mother of two of his kids, were at any time romantically linked.

‘The one thing I will say is: he around that time definitely seemed transphobic, and rumor or speculation aside, that’s off-limits. I’m going to respond to it. Any transphobia in a transphobic environment is not OK,’ she said of the Tesla CEO.

Musk tweeted a meme which read: ‘Netflix waiting for the war to end to make a movie about a black Ukraine guy falls in love with a transgender soldier.’

Chelsea also claimed in the article that she could no longer be friends with Greenwald because of his politics.

‘I saw that trending a certain way and I decided to go in a very different direction.

‘I can’t tell you how hard that was,’ she said, referring to her publicly denouncing Glenn on Twitter.

‘I think that he is a dangerous person. The people he’s aligned himself with are very dangerous. 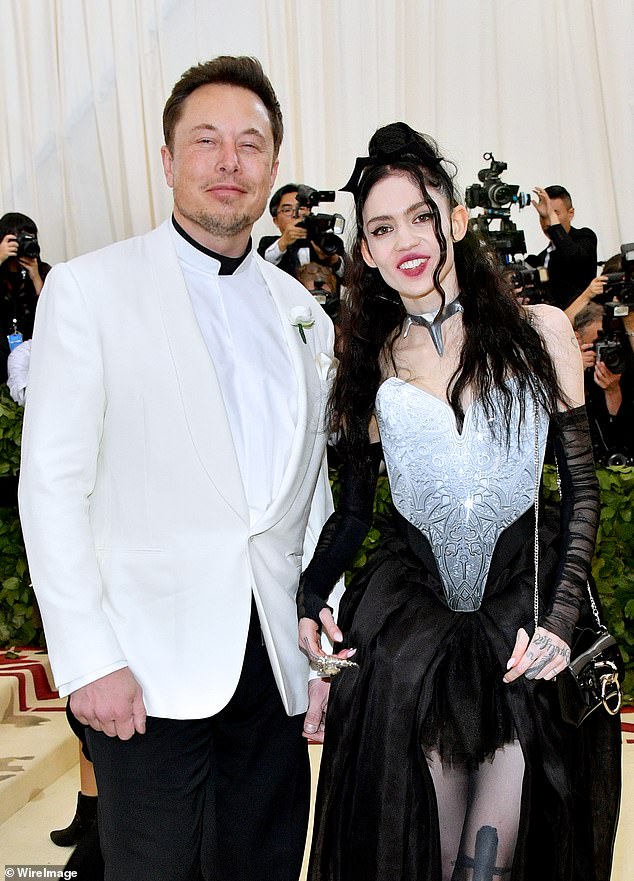 Manning slammed Elon Musk as right-wing and ‘transphobic’. She refused to confirm or deny whether or not she had ever dated Musk’s ex Grimes

Chelsea said it was Greenwald’s tweet about ivermectin working as a potential treatment for COVID that sent her over the edge.

‘I was just like, it’s time. I had agonized over it for years and it came from a very personal place, and I emotionally struggled to come forward with this.

‘It truly was a very deep, personal moment for me,’ she said.

She believes the US is on the brink of a civil war or ‘a depression’.

‘I do see the warning signs—insurgencies, conflicts. I see red flags all over the U.S. right now. I’m like, OK, y’all! It can happen here! 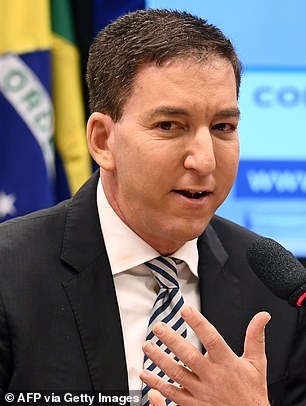 Manning said she could no longer trust Glenn Greenwald, despite the pair once being friends, because she now sees him as ‘dangerously’ right-wing

‘Every indicator is that, unless something drastically changes—which it isn’t—we’re gonna have a very dark era here in the U.S., whether that’s a civil conflict or something on the scale of a depression.

‘[People are] literally trying to pretend away an attempted coup,’ she said.

Chelsea also told how she rushed to the Ukraine border to help with refugees when war broke out in late February.

‘I was at the border and did some volunteer work out there in March, so pretty early on. There were just so many refugees and there weren’t enough volunteers. One of the biggest problems I saw on the ground in the initial phase was there was a lack of translators, so there were a lot of hand-movements and using Google Translate on the phone.

‘The volunteers would fit in with that immediate need of helping refugees pouring in across the border unexpectedly, in very quick fashion.

‘I rotated out of there pretty fast, because the intensity of it was you were basically working for five days without sleep. It was non-stop,’ she said.

She compared her compulsion to help to that if a firefighter running into burning buildings.

‘Sometimes it doesn’t make sense, and I don’t. If I can provide assistance or resources, I’m willing to do that,’ she said.

Before transitioning, she was known as Bradley Manning, a military analyst.

She was released from custody in 2017, when Barack Obama commuted her sentence in his final days in office.

Chelsea was then jailed again in 2019 for refusing to testify against Julian Assange in the government’s case against him. She was fined $265,000.