Pictured: ‘Cherished daughter’, 22, mowed down and killed by police car in Christmas Eve horror smash – a day after a mother-of-three died in a separate crash involving officers chasing a stolen vehicle

A 22-year-old woman who was killed after being hit by a police car in a Christmas Eve horror crash has been named by her family.

Rachael Louise Moore was struck at 8:10pm in the Kensington area of Liverpool and died from her injuries.

The tragedy comes after a 53-year-old mother was killed in a horrific crash with an unmarked police car in Oldham on Friday in a separate incident.

‘Partner to Jack and caring friend to many. She will be greatly missed by all those whose lives she touched. The family requests their privacy be respected at this devastating time.’ 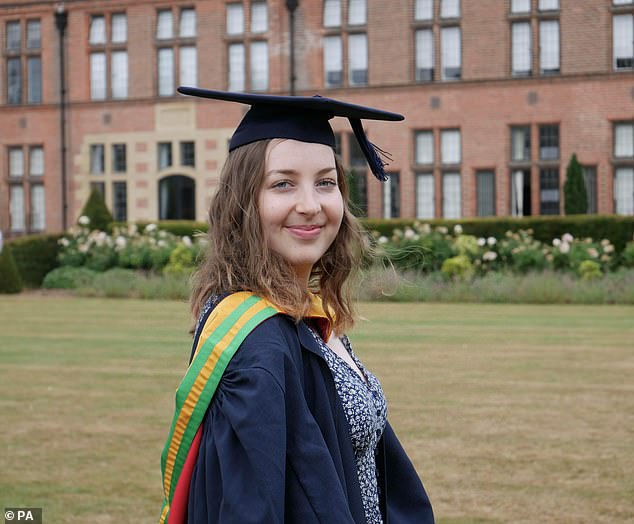 Rachael Louise Moore (pictured) was struck at 8:10pm in the Kensington area of Liverpool and tragically died from her injuries

Emergency services were called to the scene on Sheil Road last night but Rachael was tragically pronounced dead shortly afterwards.

The Independent Office for Police Conduct is expected to investigate the collision.

Detective Sergeant Kurt Timpson from the MATRIX Serious Collision Investigation Unit said: ‘Following the death of Rachael we are providing assistance to the Independent Office for Police Conduct (IOPC) who has launched an investigation into the circumstances surrounding this incident.

‘Our sincere and thoughts and condolences are with Rachael’s family who have been left devastated by this tragic incident. Specially trained family Liaison Officers are supporting them at this time.

‘I would like to appeal to anyone who witnessed this incident to please make contact with us as we try to piece together the circumstances. I would also like to ask anyone who has CCTV, Dashcam or Smart doorbell footage that may help us to please get in touch. As is standard procedure the incident was referred to the IOPC. The family requests their privacy be respected at this time.’ 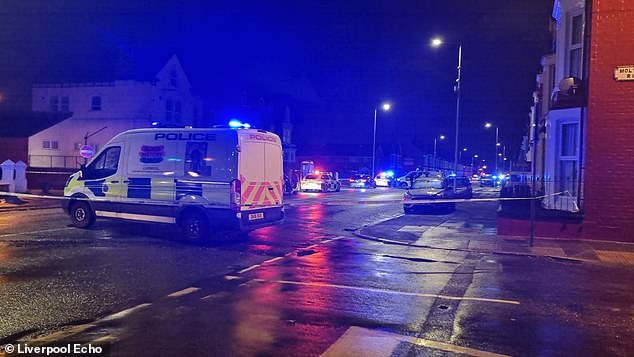 A police van and police tape cordons off Sheil Road in Kensington, Liverpool, last night after the incident 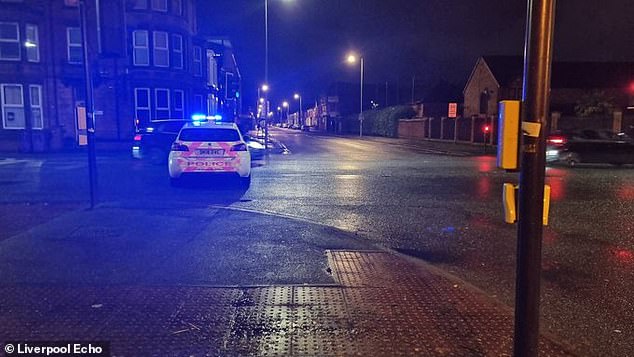 The woman in her 20s was hit by a police car at around 8.10pm on Christmas Eve. Pictured: A police car at the junction of the road 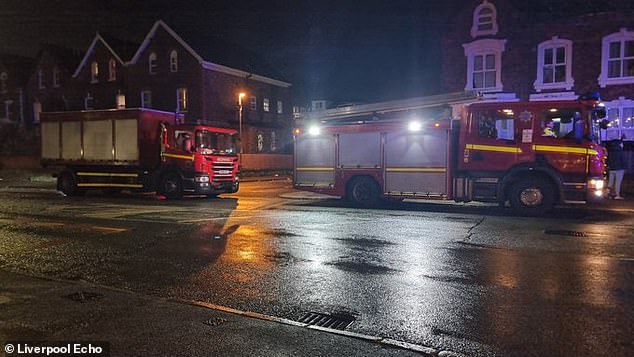 Witnesses at the scene told the Liverpool Echo that there was ‘a load of police’, with one saying they saw a woman hit by a car. 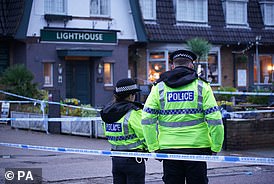 One person told the outlet: ‘It’s horrific. It’s Christmas Eve. Whatever it is is looks bad. It’s heartbreaking.’

Merseyside Police have asked that anyone who witnessed the collision or captured anything on CCTV or dashcam should contact the Serious Collision Investigation Unit on (0151) 777 5747, by email at [email protected] or via @MerPolCC on Twitter or ‘Merseyside Police Contact Centre’ on Facebook, with reference 857 of Saturday 24 December.

It came on a heartbreaking night for the city, after a woman in her 20s was killed in a shooting at a pub in Wallasey in Wirral.

A gunman opened fire at the packed Lighthouse Inn hitting a woman and at least three men, with a number of other people also injured.

Police say the shooter fled the scene in a dark coloured Mercedes and remains at large.

Anyone with information about the incident or gunman’s whereabouts is asked to contact authorities immediately.