China 'reinforcing tensions with US in South Sea' says expert

President Xi received a stark warning from Joe Biden this week when the new US President claimed his Chinese counterpart “does not have a democratic bone in his body”. However, Mr Biden confirmed that he had no intention to ignite a conflict with the Eastern superpower and that he intends to focus “on the rules of the road” in his ongoing relations with China — President Xi has not yet responded to the outspoken speech. Even so, in light of the EU’s growing trade partnership with China, Mr Biden’s unwavering comments will have set some in the bloc on edge.

Brussels signed up to a new investment deal with Beijing in December, in a move which stunned the incoming Biden administration — they had hoped for a shared transatlantic approach towards the increasingly aggressive superpower.

Yet, former Washington aide and commentator Peter Rough told Express.co.uk that China had purposefully pushed the EU into the middle of any underlying tensions between the US and Beijing.

He said: “China’s strategy isn’t necessarily to win over Europe as an ally, it is just to disrupt the transatlantic partnership.

“Which is to say I think it wants to create sufficient economic dependency to where it can ‘Finlandise’ Europe.

“Which means, the Europeans, a bit like Finland in the Cold War, would find it incredibly painful to go against the Chinese interests.”

Finland was technically neutral and independent through the Cold War between the Soviet Union and the US. 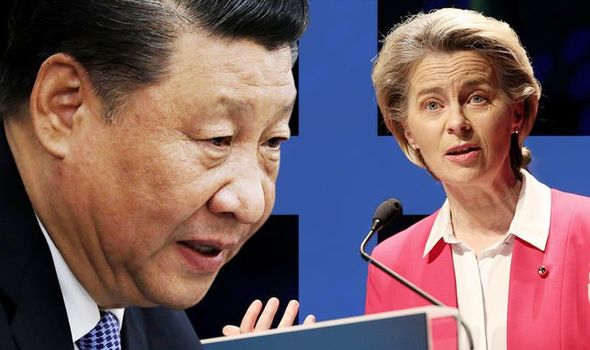 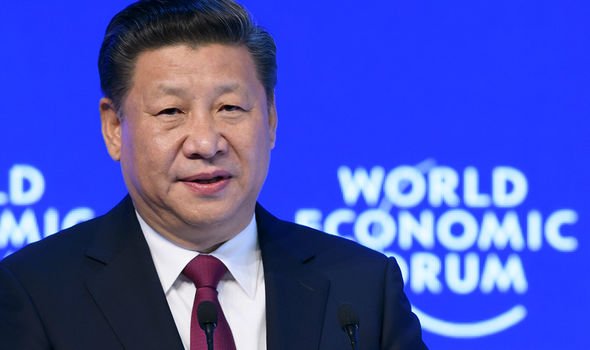 However, due to its proximity to the Soviet Union, the nation was often caught up in the battle.

Finlandisation was a term that developed in the aftermath of the Cold War, and is used pejoratively when a more powerful country makes a weaker, neighbouring nation follow its own rules despite not being politically allied to it.

Mr Rough continued: “It [Beijing] wants to have a veto over anything that China would truly care about. That’s basically it’s goal.

“Will it be successful? It has made inroads.”

China has gradually established its influence within the EU, as seen in the increasing use of the telecommunications company Huawei and in the German economic sector’s dependency on Chinese markets.

However, as Mr Rough explained: “Clearly Europe is, for a variety of reasons, closer to the US than to China.

“But Europe also has many weaknesses and I think China is trying to expertly exploit that.

“Time will tell how successful it can be.” 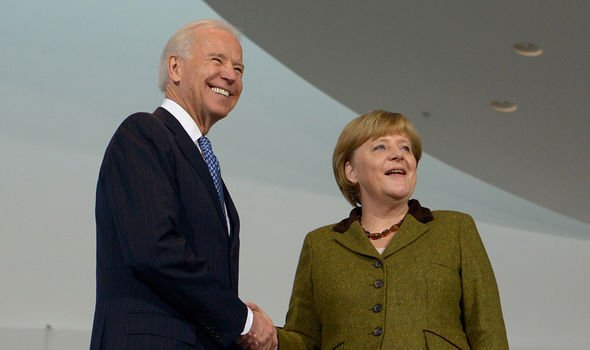 The EU already appears to be feeling stretched between its longtime ally the US and its trade partner in Asia, as evident in its hurried attempts to justify signing the investment deal with China.

The EU’s trade official Sabine Weyand noted: “I do not underestimate the huge challenge we have to bind China into a rules-based system but we don’t have an alternative to that.

“There is no alternative to engagement and this is what we need to do here.”

More than €1billion (£0.88billion) a day passes between the EU and China in bilateral trade, making the bloc Beijing’s top trading partner.

However, China is second only to the US as a market for Brussels’ goods and services — putting the EU in a tricky position, caught between two rivals. 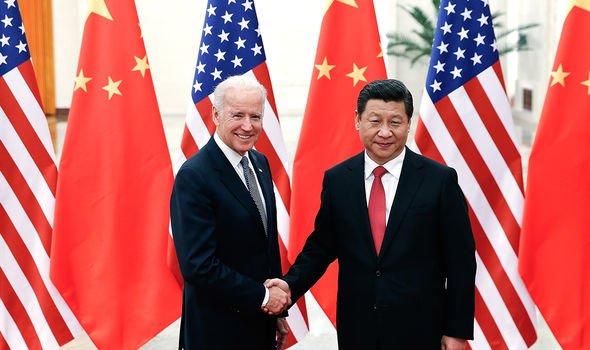 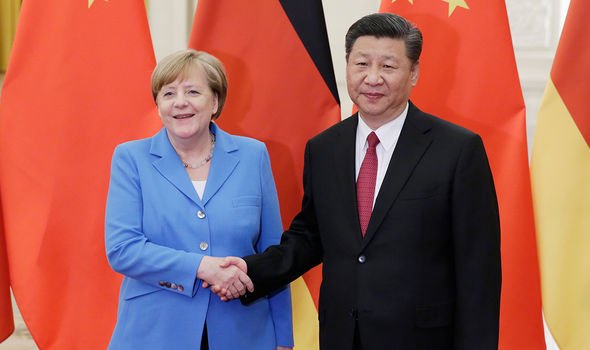 In a paper for the Hudson Institute earlier this month, Mr Rough also claimed that Mr Biden’s narrow victory in the US Presidential election had accelerated President Xi’s plans with the EU.

He explained: “The prospect of a Biden administration forging a common front with Europe deeply unsettled Beijing.

“The day after Joe Biden’s first phone call with Angela Merkel as President-elect, Xi Jinping followed up with a conciliatory call to Berlin of his own.

“The purpose of his intervention?

“To give the CAI [Comprehensive Agreement on Investment] impetus and split Europe from the United States.”

In comparison, any trade deal between the EU and the US is still expected to be a long way off.

President Xi did appear to recognise that there were growing tensions with the US and that the EU would be caught in the middle when he warned back in January that he was against starting a “new Cold War”.

Speaking at the annual Davos conference, he said: “To build small cliques or start a new Cold War, to reject, threaten or intimidate others. Will only push the world into division.

“Zero-sum game or winner-takes-all is not the philosophy of the Chinese People.”

However, Mr Rough claimed in his February paper, ‘Europe’s China Chimera’ that the Chinese President has adopted the Western language of liberal cooperation to make Brussels his ally.

He remarked: “These efforts, cloaked in language crafted for Western ears, serve Beijing’s long-term strategy of turning Europe into an unwitting network of Chinese tributary states.”

Mr Rough also suggested that in this particular Davos speech, President Xi is expertly employing the dictum, “To know your enemy, you must become your enemy”.