House of Commons Speaker Sir Lindsay Hoyle has been making fun of an MP’s likeness to an airline pilot throughout lockdown and referring to him as ‘Captain’.

Conservative Bob Blackman has been contributing virtually to Parliament since the coronavirus pandemic hit the country in mid-March.

The Harrow East MP’s appearances in the Chamber via video link while wearing a headset led Sir Lindsay to jokingly refer to his appearance being like that of a pilot.

On one occasion when inviting Mr Blackman to speak, the Speaker said: ‘Ground control to first officer Bob Blackman!’

The MP responded: ‘Thank you Mr Speaker, and if you knew the broadband experience in north London, you’d know why I need to wear this headset.’

On numerous other occasions Sir Lindsay invites Mr Blackman to ‘land the question’ and refers to him as Captain Bob.

While turning the attendees to the attention of Mr Blackman, Sir Lindsay said: ‘Traffic control to Bob Blackman.’ 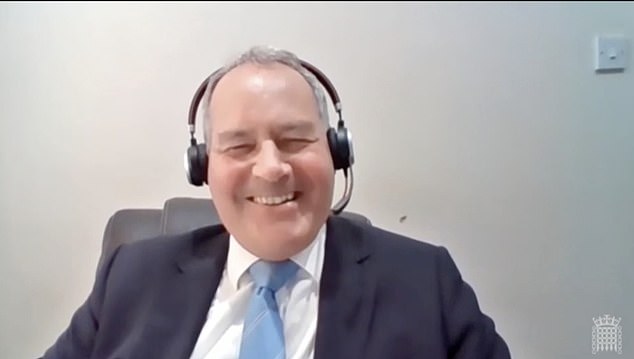 Mr Blackman said: ‘(There’s) nothing wrong with mild leg-pulling as long as it is in the right spirit and this is in that category!

‘I think Mr Speaker is secretly rather jealous of my rather natty headphones and microphone!’

He added: ‘I certainly take the view that I would rather be heard loud and clear than suffer a garbled end to my question as has happened to so many of my colleagues.

‘It is also better to be recognised than being anonymous!’